Workhorse (NASDAQ: WKHS) Tanks as the USPS Next Generation Delivery Vehicle (NGDV) Contract Now Expected To Be Announced Toward the End of 2020 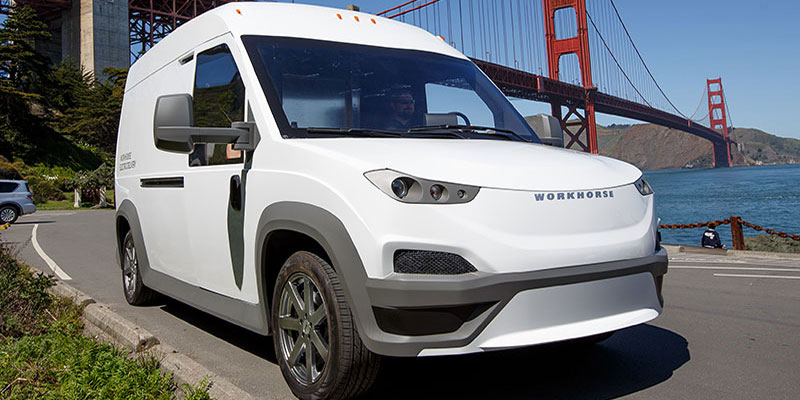 Workhorse Group (NASDAQ:WKHS), an Ohio-based manufacturer of EVs and utility vehicles, is under pressure currently amid reports that the U.S. Postal Service will only announce the award of its Next Generation Delivery Vehicle (NGDV) contract toward the end of 2020.

To wit, Roth Capital has downgraded Workhorse to a 'Neutral' rating. The analyst, Craig Irwin has cited a USPS spokesperson who said that a final decision on the NGDV contract will not materialize until the end of 2020.

Given the grave implications for Workhorse shares, it is hardly surprising that the stock is tanking, down nearly 10 percent right now:

Today’s development adds to months of intense speculation as investors continue to weigh the probability of Workhorse becoming a key node in the NGDV contract, meant to replace the aging fleet of USPS delivery vehicles. While interested companies were required to submit their proposals to the USPS by the 14th of July, a final selection for the lucrative contract, expected to include as many as 180,000 delivery vans, has yet to place.

Of course, today's development also weighs heavily on Lordstown. After all, Workhorse is expected to heavily rely on Lordstown’s manufacturing facilities and expertise to fulfill its NGDV contractual obligations. As an illustration of the synergy between the two entities, Workhorse also retains a 10 percent stake in Lordstown.

This brings us to the crux of the matter. Since the 1st of June, Workhorse shares have recorded a gain of over 900 percent! These astounding gains were largely driven by investor frenzy amid widespread speculation of Workhorse winning the crucial NGDV contract award. Now that this favorable outcome has been delayed at best, the stock remains susceptible to a severe downturn. Consequently, investors should remain vigilant as their unrealized gains may be impacted by an avalanche of selling amid a broader liquidation.

Given the magnitude of outsized gains registered by Workhorse shares so far this year, a bloodbath remains the only rational outcome if Workhorse fails to become a part of the USPS NGDV contract. Bear in mind that the contract is a vital lifeline for the company, expected to reverse its accelerating cash burn problem. As an illustration, Workhorse was forced to buffer its flagging liquidity by securing $70 million in financing through the issuance of Senior Secured Convertible Notes in July 2020. The company had noted in its Q2 2020 earnings release:

“Currently, as a result of the Company's $70 million financing and the exercising of previously issued stock warrants and options, the Company has approximately $105 million of cash availability.”

Moreover, during the pertinent quarter, Workhorse’s net loss worsened to $131.3 million from a net loss of $20 million in the comparable quarter last year.

Perhaps in recognition of its persistent liquidity shortfall, Workhorse entered into a Note Purchase Agreement (NPA) with institutional investors on the 12th of October, whereby, the company would sell $200 million of its Senior Secured Convertible Notes, due in 2024 and bearing a coupon of 4 percent. As per the press statement, the net proceeds of $194.5 million will be used "to increase and accelerate production volume, advance new products to market, replace previous higher cost financings, and support current working capital and other general corporate purposes”.

We postulated in an earlier post that Lordstown currently constitutes a better bet for investors as Workhorse shares have likely hit their short-term peak. Recently, that narrative received a further boost as DiamondPeak (NASDAQ:DPHC), a Special Purpose Acquisition Company (SPAC), announced a special meeting of its shareholders, due to be held on the 22nd of October, in order to approve the proposed business combination with Lordstown, thereby, paving the way for the shares of the combined company to list on the stock exchange.