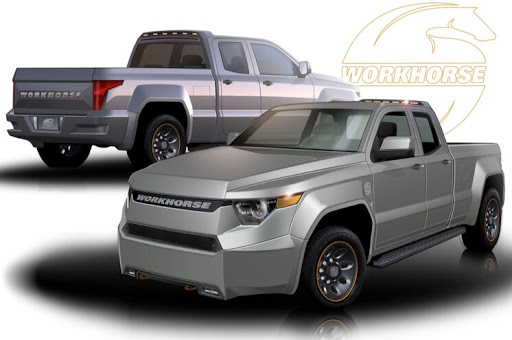 Workhorse Group (NASDAQ:WKHS), the manufacturer of EVs and utility vehicles, has been riding a wave of investor euphoria recently as its stock registered a whopping gain of 528 percent relative to the share price of $2.63 on the 1st of June. Today, the company has come under a renewed focus as it gears up to announce its earnings for the second quarter of 2020.

For the three months that ended on the 30th of June, Workhorse reported $92,000 in revenue.

Workhorse reported $5.57 million in operating expenses for the quarter.

(All figures are in millions of dollars; SGA refers to Selling, General and Advertisement expenses)

Post-transaction, which is expected to close in the fourth quarter of this year, Workhorse will retain its 10% ownership stake in the merged company, which is estimated at approximately $160 million based on a $1.6 billion valuation, as well as other royalty considerations previously outlined in its intellectual property licensing agreement from November 2019.

A major contributor to the loss was the increase in Workhorse's net interest expense to $124.3 million from $15.9 million in the comparable quarter last year. The company noted in its earnings release:

"It should be noted that this significant increase of $108.4 million in interest expense was almost exclusively due to the change in fair value of our convertible note and the mark-to-market adjustment for some non-dilutive warrants issued to a lender."

It goes on to state:

"Both of these GAAP adjustments are non-cash and primarily dependent on the underlying stock components of financial instruments. These large adjustments were the result of a stock price of $17.39 on June 30th compared to $1.81 on March 31st. Due primarily to these non-cash adjustments, our net loss was $131.3 million compared to a net loss of $20.1 million in the second quarter of 2019. A better indication of operating performance would be loss from operations which was $7.0 million this quarter compared to $4.1 million in the second quarter of 2019."

Investors have reacted negatively to the company’s earnings announcement. As an illustration, the stock is currently down around 3 percent in the pre-market trading:

We reported on the 3rd of August that Workhorse stands to benefit as Lordstown Motors entered into a definitive merger agreement with DiamondPeak Holdings Corp. (NASDAQ:DPHC) – a Special Purpose Acquisition Company (SPAC). The benefit will accrue due to a 10 percent stake that Workhorse currently maintains in Lordstown Motors. The deal would unlock a significant upside potential for the Ohio-based EV manufacturer.