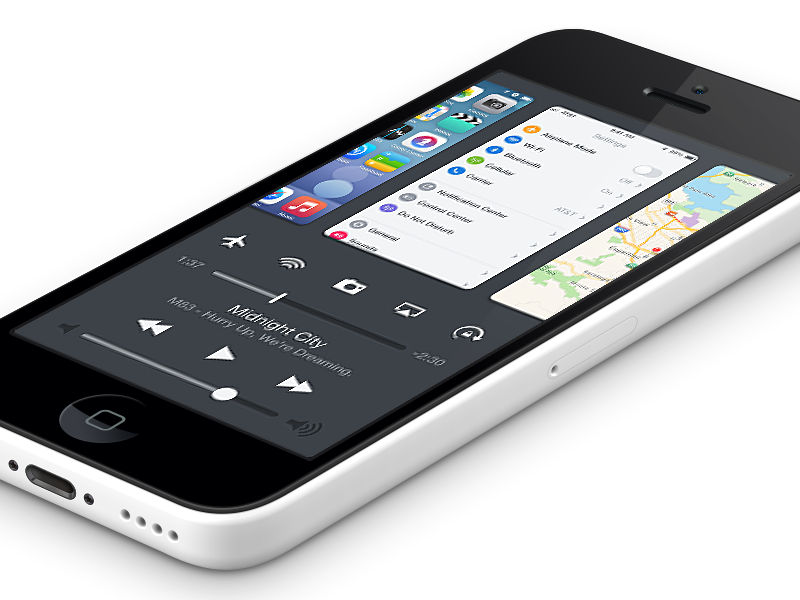 Control Center together and brings them both with a simple swipe up from bottom gesture.

iOS 8 concept imagines to bring multitasking switcher and Control Center as one. Simple access to them both with a simple swipe-up gesture. If you had liked this concept of having the easy access to controls, Cydia has the answer for you. A few developers have announced on reddit that they are working on a jailbreak tweak called Vertex bringing Mission Control concept to life.

With Vertex iOS 7 mission control, Cydia developers plan to implement Mission Control concept with a more iOS 7 flatter look. They have shared the description and an in-action video:

Vertex merges the Control Center and App Switcher, but we added a nice little iOS 7 touch to it, your wallpaper will be blurred in the background of the switcher, also we used smooth animations to make it fit even more with iOS 7. And at last, we used the stock icons, to make it look flat but gorgeous.

Release date and price of Vertex iOS 7 mission control JB tweak is not mentioned as yet. However, you can contact developers (@tmnlsthrn & @ianb821) on twitter to beta test the Vertex iOS 7 Mission Control tweak.