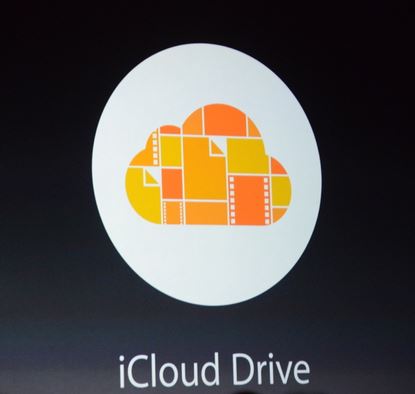 Very much Dropbox-like, Apple has finally gone up ahead to fight with the popular cloud file storing service Dropbox as it aimed before to do so with the iCloud. iCloud Drive will help users sync files between their Macs, iPhones, and the iPads. iCloud Drive seems to be useful as each app you use gets its own folder inside the Drive. You can access these through Finder.

"We all now that docs in the cloud provides a convenient way for working on something across platforms. But now with iCloud Drive all of those docs are accessible from within the Finder." - Craig Federighi

Apple has also made iCloud Drive compatible with Windows helping you sync across OS X, iOS, and Windows. Which may have been a tactic to attract Dropbox users but it doesn't look like if this would happen. While Apple users will definitely love iCloud Drive as it helps syncing files between different devices, it won't be able to get Google Drive or Dropbox users. It would also not happen as iCloud Drive costs much more than the other options.

iCloud Drive with its contextual menu floating above your apps in iOS 8 and apparent system wide integration through out different devices will surely make Apple fans happy!