Apple has just refreshed its iMac lineup with the 2013 refresh. Updates include a much faster Haswell Processor, Iris Pro integrated graphics and Nvidia 700 Series Dedicated Graphic Cards. Its a significant refresh and will probably lead to increased sales this year. 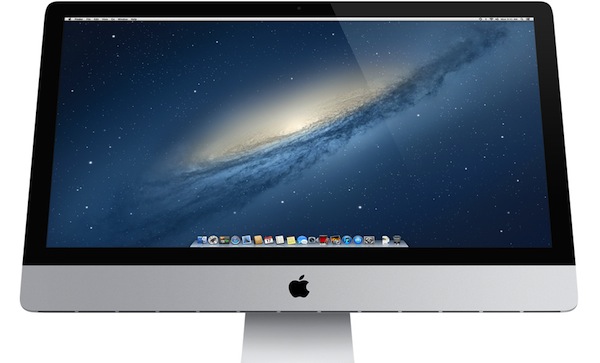 The iMac 2013 refresh from Apple comes in two variants as per the norm. The 21.5 Inch Variant and the larger 27 Inch Variant. iMac users will have the choice between Iris Pro Integrated Graphics only or a Dediated Nvidia 700 Series Mobile Chip set.

So basically the Apple iMac 2013 Refresh will ship with a minimum config of 21.5 Inch, 2.7 Ghz (C i5) and Iris Pro Graphics. The Maximum configuration would be a Quad Core i7 with Nvidia GTX 780m Dedicated Graphics Solution. The set is as always a pretty decent set of hardware with no bottlenecks and optimization and seems to have nothing wrong with its basic build. Here's the graphic benchmarks (given by Apple): 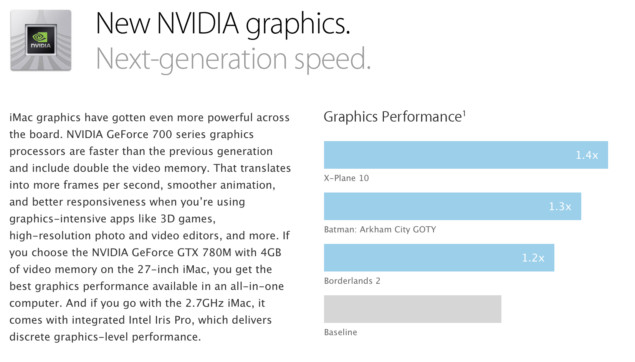 Another noteworthy improvement is the Fusion Drive performance increase. Fusion Drive is a Hybrid SSD-HDD Unification Program. It basically combines your SSD and HDD into one storage, optimizing use of both respective to their strengths. Apple claims that the 2013 Refresh versions of iMac will be upto 50% faster! This concludes the highlights of the Apple iMac 2013 Refresh.