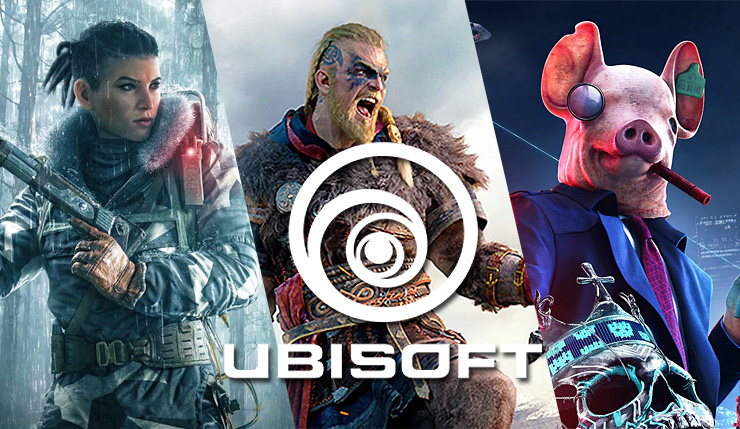 Due to COVID-19 pandemic, most major industry events, including E3 and Gamescom, have had to cancel or change their plans, but the big publishers are vowing to carry on with their own digital events. A few of these events, including EA Play Live, CD Projekt Red’s Night City Wire, and Microsoft’s monthly Xbox 20/20 updates, have already been announced, and now Ubisoft is following suit! We now know “Ubisoft Forward” will be delivering “E3-style” game reveals, news, and more in July – unfortunately, this brief blurb is the only detail Ubisoft has provided thus far.

Today, Ubisoft announced it will be hosting its first fully digital conference, called Ubisoft Forward, on July 12. Get ready for an E3-style showcase with exclusive game news, exciting reveals and plenty more.

Unlike many of the other publishers who have announced digital events, it seems like Ubisoft is not participating in Summer Game Fest, which means Geoff Keighley won’t be producing Ubisoft Forward. While we don’t have any confirmation of this, I would bet quite a bit of money that Aisha Tyler will be a part of Ubi’s show in some capacity.

As for what games will be shown during Ubisoft Forward, obviously we’ll be getting some new Assassin’s Creed Valhalla footage (hopefully real gameplay this time), and we’ll probably get new looks at games we already know about like Rainbow Six Quarantine, Watch Dogs: Legion, and Gods & Monsters. Before COVID-19 threw the world into disarray, Ubi mentioned they had two unannounced AAA games from their biggest franchises set to release before April 2021 – one of those is obviously AC: Valhalla and many have speculated the other is a new entry in the Far Cry series. Rumors of a Prince of Persia remake have also been floating around, and, of course, Beyond Good & Evil 2 and Skull & Bones are apparently still in development. So yeah, a lot of possibilities for this Ubisoft Forward show.

What do you expect to see during the Ubisoft Forward show? What do you hope to see?