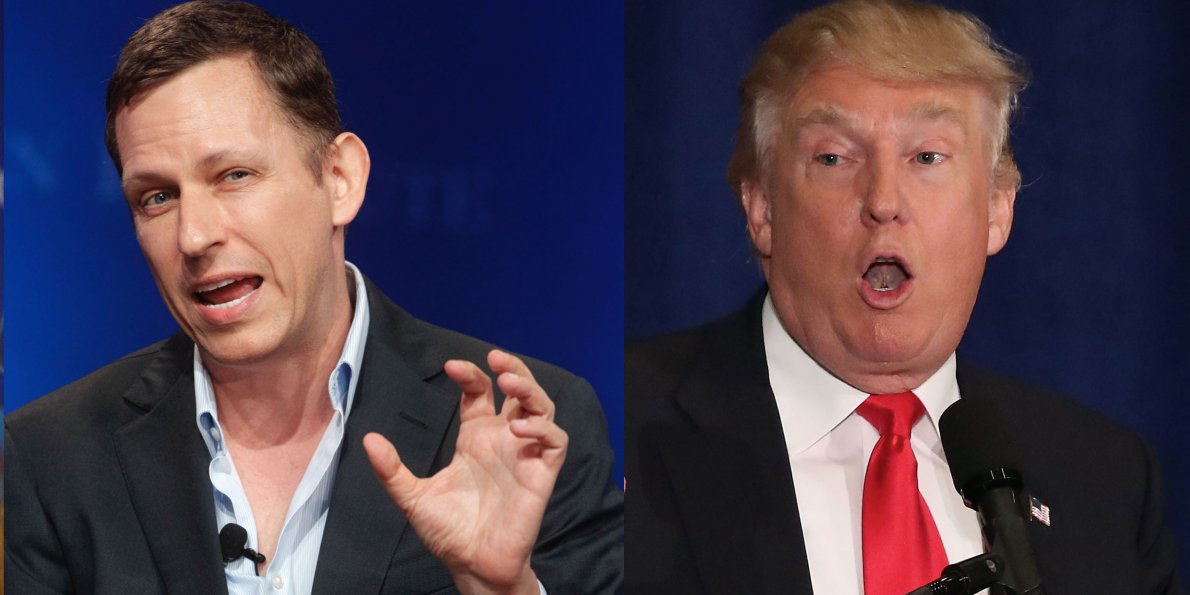 Trump to hold meeting with tech leaders next week

President-elect Donald Trump has invited technology leaders for a roundtable summit on December 14th in New York City. It is unclear who has been invited, and who is planning to attend the event which will possibly shape the future of technology and business in the country.

Trump to sit down with tech leaders

A report from USAToday suggests that the invitation came from the chief of staff Reince Priebus, Trump's son-in-law Jared Kushner, and Peter Thiel - a Facebook board member, Silicon Valley investor, Trump supporter, and someone who became a household name recently for secretly bankrolling a lawsuit that brought down the media empire Gawker. Thiel is one of Trump's transition team advisers.

The details of the summit are scant at the moment, which means we don't know who exactly is invited to the event, and more importantly, who is left out. Cisco CEO Chuck Robbins is expected to attend the meeting, the report mentioned.

Following an election season that used social media as the battleground for campaigning, Trump has severed ties with almost all the major tech companies. The President-elect's remarks on diversity, import taxes, opposition to net neutrality, and possibility of favoring mass surveillance campaigns have alarmed the executives in Silicon Valley.

Trump also targeted some companies, specifically. He went after Apple for not helping the FBI and then for manufacturing their phones in China. His views of a surveillance-focused internet also inspired Internet Archive to start working on a backup outside of the United States, following his win.

Thiel appears to be at the center of tech policy

Nevertheless, to push a tech-friendly and diversity-centric agenda forward, tech leaders will have to sit with the President-elect. Earlier, CEOs of Apple, Google, and Microsoft reportedly talked to Trump following his election victory to congratulate him on his win. Facebook's Mark Zuckerberg and Amazon's Jeff Bezos have also expressed their willingness to work with the new leadership.

And Thiel, who became a subject of a number of breaking news (and breaking ties) for supporting Trump will likely play an intermediary role, representing the interests of Silicon Valley in Washington. Whether these interests will include focus on diversity, net neutrality, user privacy, and security, is yet to be seen.

Thiel hasn't yet stopped drawing criticism for his increasing role in the new administration that could potentially help him and a number of his ventures. He also failed to respond whether he signed the transition team's ethics agreement. Politico reported that the contract requires the participants to “disqualify myself from involvement in any particular transition matter which to my knowledge may directly conflict with a financial interest of mine, my spouse, minor child, partner, client or other individual or organization with which I have a business or close personal relationship.”

Thiel, who has several investments, hasn't revealed whether he and his chosen cabinet has signed the agreement. Politico added, "Thiel's unique role raises serious ethical red flags, a conundrum not unlike the conflicts of interest that the president-elect himself faces."

Whoever gets the most benefits will be more clear following the summit. One month after the election as President-elect, the industry will hopefully get a better idea of Trump's tech policy when he sits with the tech leaders in his glitzy tower in Manhattan.

The Billionaire Peter Thiel Rocks the Financial World With His Prediction That the Price of Bitcoin (BTC) Will Increase “100x” to Over $4 Million!