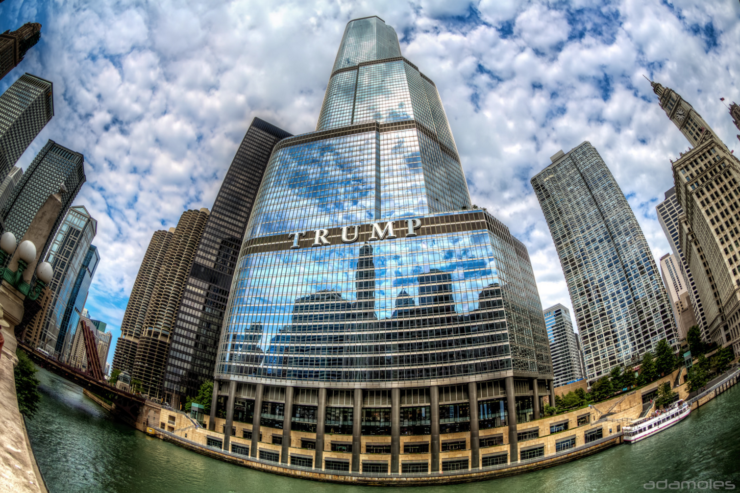 Someone quietly renamed Donald Trump's glittering midtown Manhattan building on Google Maps. The new name isn't very flattering for a building that has a private elevator for the President-elect covered in 24-karat gold. The Trump Tower was briefly called "Dump Tower" on Maps - a glitch that Google has now fixed.

Users started noticing the new moniker for the Fifth Avenue building on Saturday and reported it on Twitter. The President-elect has been using Trump Tower as his transition headquarters. He is yet to comment on the name change.

"A Google spokeswoman told The Associated Press that the company has changed the name back to its original. The spokeswoman said user contributions help provide an up-to-date map, but also occasionally lead to inaccuracies," AP reported.

While the Google spokesperson hinted that the error was caused by user contributions, many believe that it was a Google employee who confirmed the name change. According to Google Maps FAQs, changing a landmark name is a manual process that needs employee authorization. This means that someone at Google probably confirmed the proposed Dump Tower moniker for the building.

Google allows users to edit roads, public places, businesses, and other landmarks in their Map Maker program, but ideally a moderator has to review and approve all such changes. But, the crowdsource-based mapping tool has often led to prank edits. In one such case, White House was renamed to "Edward Snow Den." It is yet to be confirmed if a Google employee was indeed involved in the process.

Trump supporters were obviously not impressed with the new name.

And then, of course, the change has also been greeted with glee from the "other" quarter.

Day made. It's the little things. Thank you, Google maps hacker. #DumpTowerpic.twitter.com/Za27RKvuE1

Google announced earlier this month that it will shut down Map Maker next year to replace it with another editing program. In the meantime, you can continue having your fun...