As we head closer to 2016, rumors and speculation of Apple's iPhone 6c have started to surface at an increasing rate. While there's no visual confirmation about the existence of the device, our sources have started to buzz quite a lot recently about the 6c, with rumors about its specifications, launch schedule and production timeline having started to flow around with ease. Today we've got some news from Apple's Foxconn sources in China, that have also promised a unibody shot of the device soon.

Rumors about the iPhone 6c have been surfacing for quite a while now, with device having made appearance well before Apple's September event that saw the iPhone 6s and the iPhone 6s Plus being debuted by the Cupertino manufacturer. While the device wasn't expected to make an appearance this September, as launching a device with the A8 on board would have negatively affected existing iPhone 6 and iPhone 6 Plus popularity to some extent, with 2016 in the picture, Apple no longer has to worry about it anymore.

Therefore, rumors of a mid 2016 launch might be on point, given that the device even exists. On that front, we've started to see multiple sources speak up quite a lot, with some more alleged claims from sources in Apple's primary manufacturer, Foxconn, surfacing today. Earlier, we've seen some more alleged claims from that segment promising to provide unibody shot of the device, but if today's information is correct, then things might have gone further then expected. 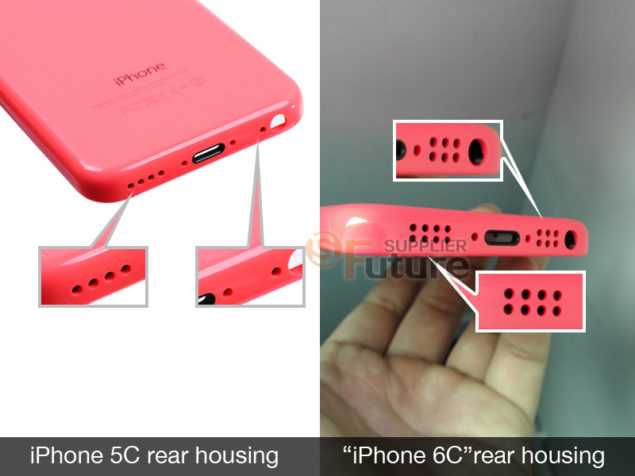 According to today's information, not only has the iPhone 6c under production over at Apple, but the device's processing operations have ended over at Foxconn. Not only would this place the iPhone 6c in a comfortable spot for a Q2 2016 launch, but also but it might also provide the Cupertino manufacturer a nice opportunity to stay in the news after Samsung and the rest of Android world's big launches take place in a similar time frame next year.

With production operations having completed, sources are now expecting the iPhone 6c to be launched by Apple in Q1 2016, well ahead of WWDC. While chances of the iPhone 6c on WWDC are slim, another event before it should also feature other upgrades from Apple, particularly new MacBook models. All we can do until in the meanwhile is hope that sources over at Foxconn stay true to their word of a unibody shot soon, so that there's more concrete information to build on for the iPhone 6c. Thoughts? Let us know what you think in the comments section below and stay tuned for the latest.