A 4-inch iPhone has long been in the rumor mill. According to a report from MyDrivers, China Mobile recently held an event to talk about its plans for the next year, including the devices that are expected to be released by the network. China Mobile hinted at the release of a 4 inch iPhone that the carrier reportedly dubbed as "iPhone 7c" to be launched in April 2016. 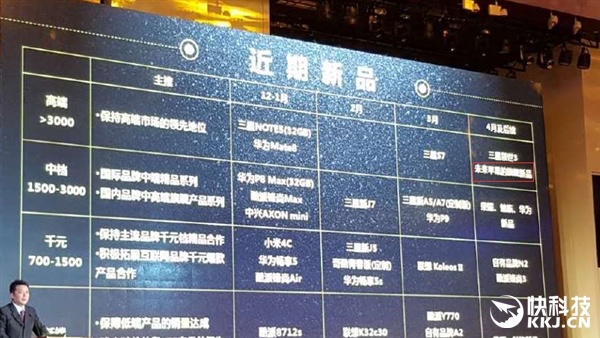 The release date falls in line with the previous rumors and leaks that had suggested a Q1 release of the 4 inch iPhone. However, it is highly unlikely for Apple to use the name iPhone 7c before it launches the flagship smartphone of the next year, iPhone 7, later in 2016. Earlier reports had indicated that Apple will name the upcoming 4 inch iPhone, an iPhone 6c.

Rumors coming earlier in the month claimed that Apple will be holding an event in March where the 4 inch iPhone 6c, a second generation Apple Watch and also the iPad Air 3 without 3D Touch technology will be showcased. Apple's 4 inch iPhone 6c is rumored to feature an aluminum casing like the iPhone 5s with a few color choices. The upcoming smartphone from Apple will be powered by an A9 processing chip and will feature a 2.5D curved edge cover glass. An 8-megapixel rear camera, a 1.2-megapixel front shooter, 802.11ac Wi-Fi, and Bluetooth 4.1 are other expected technical features of the smaller iPhone.

While we can't be sure what Apple is going to call the 4 inch iPhone, there certainly is something going inside the Cupertino tech giant feeding the rumor mill more than ever before. Luckily, we are only a few months away from March until it all comes to light, or not.