Even though Apple's flagship smartphones are due to hit stores this Friday, that doesn't stop new pieces of information from surfacing. After we saw a lucky AT&T customer receive a Rose Gold iPhone 6s early, now we get to take a look at some camera samples from the larger device. They've bee taken by Brad Mangin of Sports Illustrated and take the iPhone 6s Plus' camera for a full ride. While they manage to produce some very sharp and detailed results, some of the images have also used filter effects to produce better quality content. 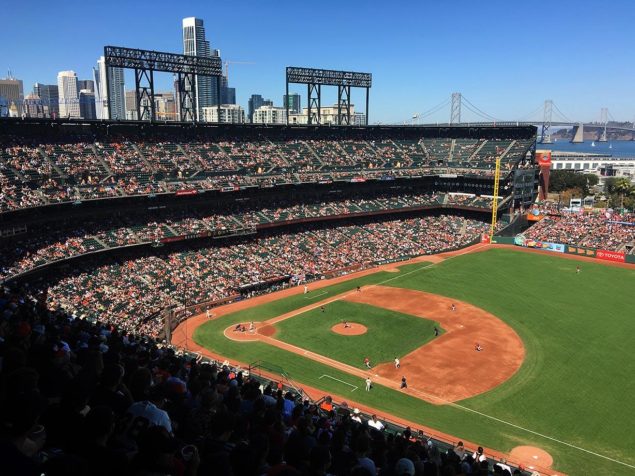 Given that this is a Sports Illustrated coverage, the photographs have been taken of various baseball games as you can see in the image above. Starting from a long range shot, you can see for yourself how detailed the iPhone 6s Plus' camera sensor is. Not only are the colors of the baseball field below captured in detail but the skyscrapers in the background and the crowd in low light scenarios also blend in nicely with the main shot. 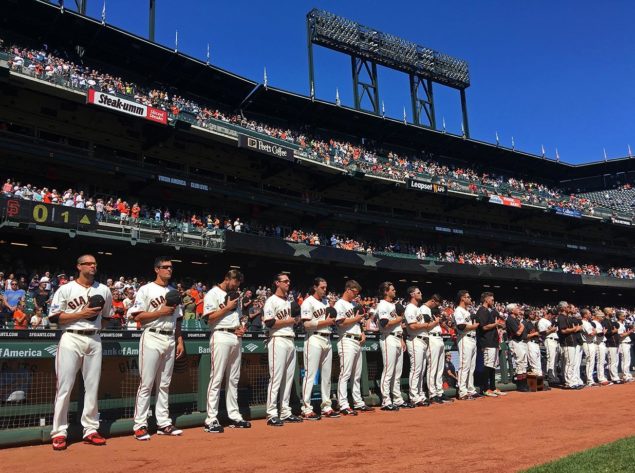 Overall balance of color and texture is also very well managed by the device and the images end up capturing real life colors combined with some very nice details as well. As you can take a look in the image above, the balance of light and dark, coupled with detailed capture of the sideline nets and the crowd shows how much of an effort Apple's put into the iPhone's camera this year. But do keep in mind that the photos we share with you today have been taken by a professional photographer, so actual results might vary.

As far as closeups go, you can take a look at two samples above. The fist, showing Jhoulys Chacin of the Diamondbacks, has used filter effects and shows high amount of detail captured. Not only can you see Chacin in detail, though we'd be more skeptical of that when he's pitching, but you can also take a very good look at the paint texture on the wall in the background. While fans might pray for a home run for the Dback shown in the second image, what we're concerned is with the amount of details Mir. Mangin has managed to capture with the iPhone 6s Plus. Texture really is the strong suit of the image and you can see the sharp capturing of light and dark areas as well.

Moving towards low light scenarios, we have three more images for you. The first is a long range shot of the AT&T Park, which captures sunset quite effectively. Not only is text at a distance shown very clearly in the image, but you can also take a look at the impressive hue and balance of the sunset sky, which doesn't seem to be affected in any matter by the floodlights either.

The second image is a complete night time shot and while you'd definitely expect the lights to play a much larger part here, the Diamondbacks' batter doesn't loose any detail. If you're wondering about OIS on the iPhone 6s Plus, take a look at the third image and you'll see Apple's phablet capture motion in an almost perfect manner. Aside from the bat, you can also see the Giants' bench in near complete detail and the blue sky capture with accurate representation of color and hue.

So that concludes our analysis of some iPhone 6s Plus camera samples. Apple's known for its camera prowess on the iPhone lineup, and has managed to produce on-par, and sometimes even better images than its competitors with devices that have half the specifications. The iPhone 6s duo saw a much awaited camera resolution upgrade and you can take a look at the difference this has made in the images above. For all of you who've pre-ordered one from Apple, be sure to share any outstanding results with us in the future. And for all of you, let us know what you think in the comments section below and stay tuned for the latest.