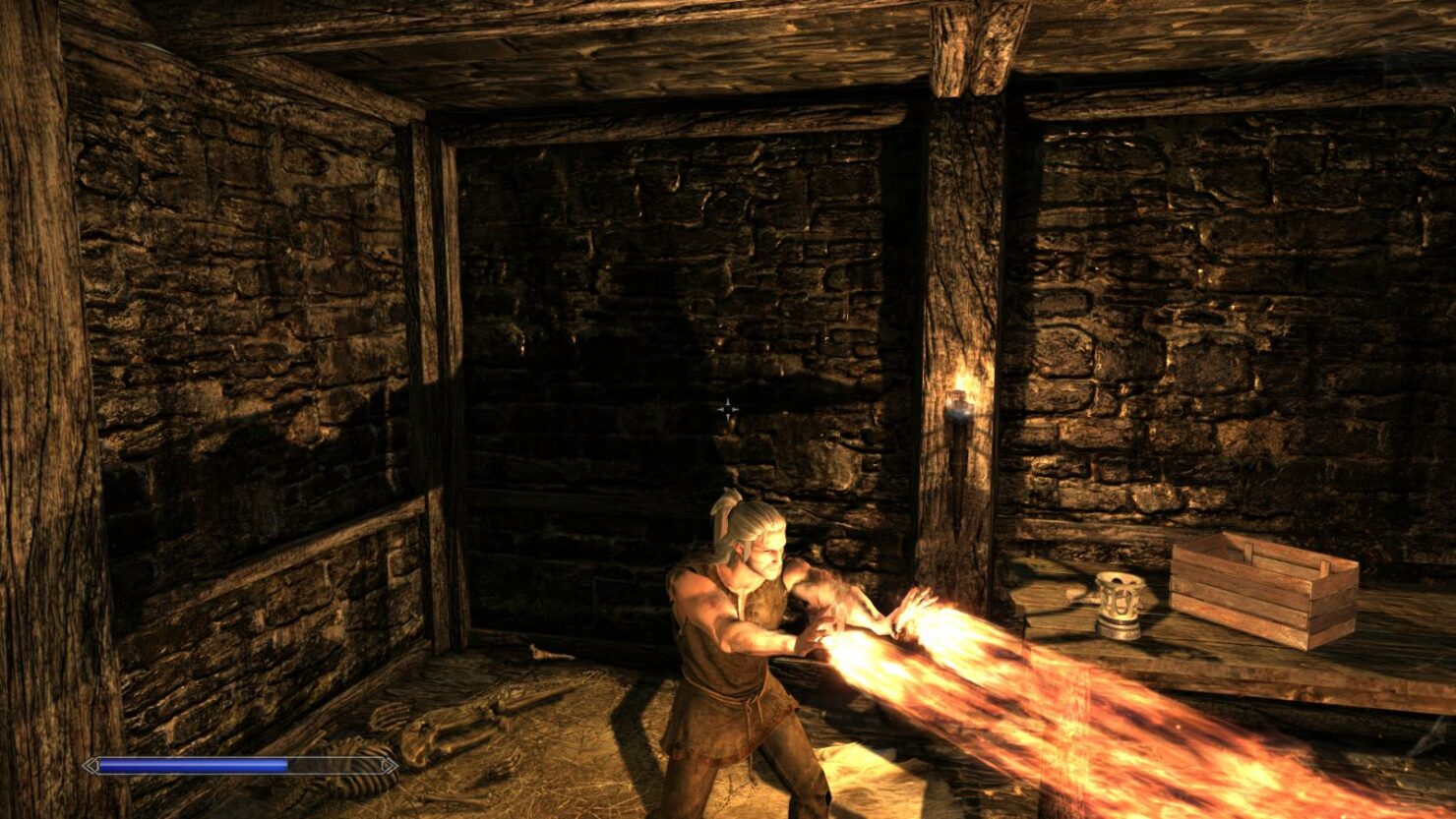 The Skyrim Witcher Experience was already available for the original Skyrim PC version and modder ‘Gardden’ has now updated this mod for Skyrim Special Edition. The mod brings elements from the Witcher series to The Elder Scrolls V, including monsters, signs, armors and weapons.

“A SSE port of the Skyrim Witcher Experience Enhanced mod by Talyn82, ported with his permission”, the modder writes.

We’ve included the mod’s key features down below:

This mod adds a lot of stuff related to the witcher world:

- It adds a NPC in Riverwood called Berengar, from whom you can buy witcher armors and weapons)

- Armors and Weapons (with enchantments) from The Witcher game.

- Witcher Signs and Ingredients that can be bought from vendors.

- A 'Geralt' race, with Geralt's face, that comes in two versions: One with the original body mesh from The Witcher Game (which can clip with some armours) and one with Skyrim's body meshes.

Those interested in freshing up their Skyrim Special Edition experience can download the updated mod through Nexusmods.