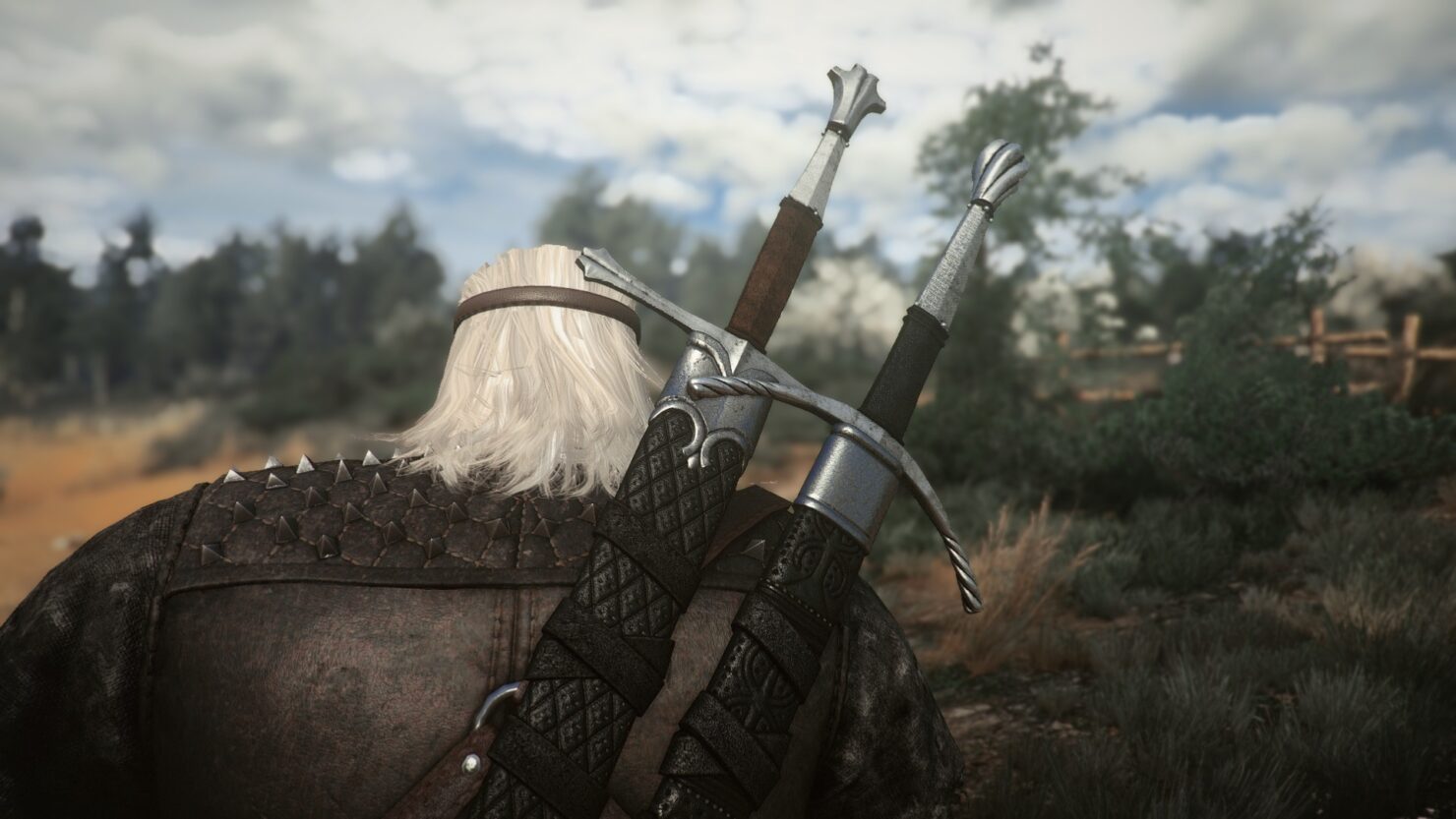 Created by modders ‘ZOST’ and ‘18mic11’, this standalone armor mod for The Witcher 3 makes a book-inspired armor set available to Geralt. The armor set takes inspiration from the original The Witcher novel and the last short story in the Sword of Destiny collection, “Something More” (Coś więcej). The mod comes complete with a leather jacket, gloves, pants, boots, and a custom sword set.

We’ve included a video and some screenshots of the armor mod in action down below:

"He got down from his horse and took off his coat. The merchant noticed that the stranger carried a sword on a shoulder strap with a harness slung diagonally across his chest. He had a vague impression of hearing about people who carried their weapons in such manner. The black leather jacket reaching to the waist and the long gauntlets studded with silver nails could indicate that the stranger comes from Novigrad or its surrounding area, but such clothing fashion for such garments had been popular lately, especially among young men. The stranger however was no youngster".

"Three guards rushed into the tavern with thuds and clangs. They must have been close by. They had truncheons wound with leather straps at the ready, but at the sight of the corpses, drew their swords. The Rivian pressed his back against the wall and, with his left hand, pulled a dagger from his boot"..."The Rivian straightened. He quickly pinned his blade under his left arm and with his right hand raised toward the guards, swiftly drew a complicated sign in the air. The clout-nails which studded his tunic from his wrists to elbows flashed".

Installation of the mod is easy and only requires users to place the downloaded files in the game’s DLC folder. After installation, the new armor can be purchased from the Hattori blacksmith in Novigrad.

The Witcher 3: Wild Hunt and its expansions are available now globally across PC and consoles, including the Nintendo Switch.