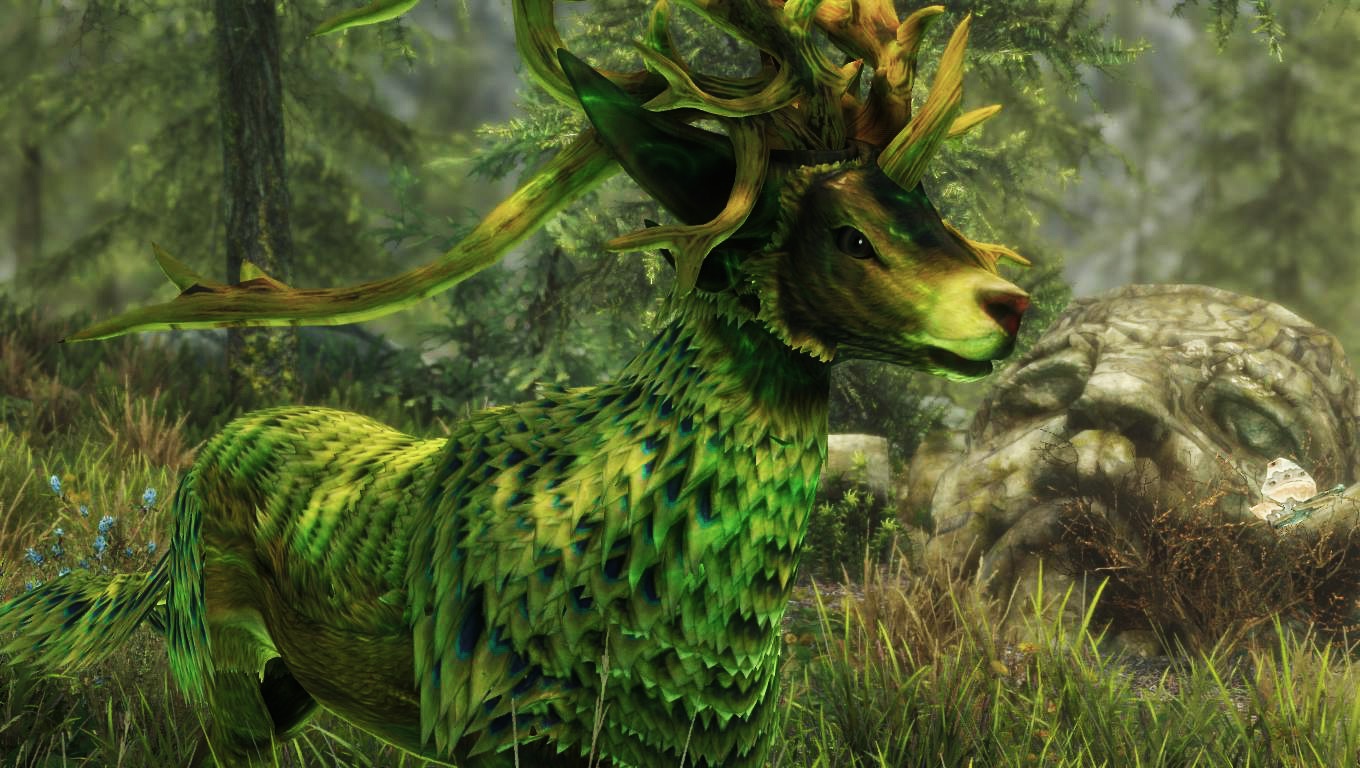 A pretty cool new The Elder Scrolls V: Skyrim mod has been released, adding more than 100 new ‘high fantasy’ creatures to the game alongside new areas, spells, and more.

Created by modder ‘Mihail’, this “High Fantasy Pack” for the original PC version of Skyrim turns Bethesda’s RPG into a magical world and features both sentient as non-sentient beasts alongside aedric beings, Deadra, and animals. In addition, this package contains 22 new magical weapons, 11 new spells, 41 new ingredients, and a total of 35 new high fantasy areas.

It’s a pretty amazing modification for Skyrim, and some hard work has been poured into it. “Official pack of Mihail's High Fantasy-themed creations”, the description of the mod reads. “Turn Skyrim into a magical world, filled with ancient mysteries and exciting challenges, populated by everything from raging Minotaurs to mischievous Goblins, ancient Woodland Spirits to venomous living Slimes.”

“This pack contains mostly monsters (sentient or not), minor aedric beings and spirits of nature. However, it also includes some daedra that are inspired by franchises like D&D.”

Interesting to note is that the modder plans to release a different version of this package, focusing on Dark Fantasy, in the near future. As the name suggests, this mod will feature beings and creatures more connected to the dark fantasy universe.

We’ve included some screenshots of the “High Fantasy Pack” mod for The Elder Scrolls V down below:

Skyrim is available globally now for PC and consoles. The game will soon celebrate its 10th anniversary. Fans interested in Skyrim modding should consider checking out this Skyrim modding showcase with the game running in 4K resolution with over 1200 active mods.