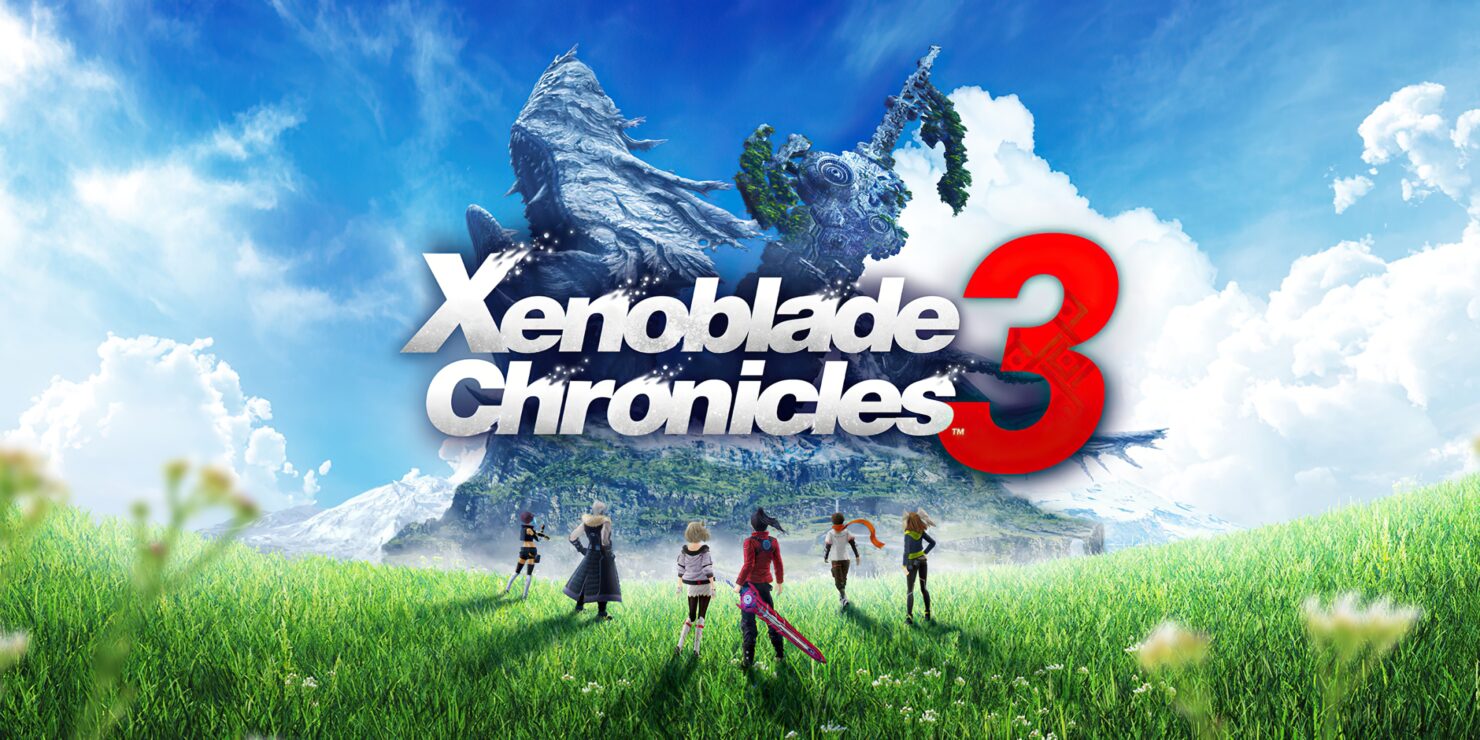 The first hint at Xenoblade Chronicles 3 came in August 2021 from voice actress Jenna Coleman, who voiced the character Melia in the first installment. Monolith Soft finally confirmed the news in early February 2022 during one of the Nintendo Direct presentations.

Nintendo originally said Xenoblade Chronicles 3 would be released in September. However, in late April fans were treated to a happy surprise when the launch date was brought forward to July 29th, in a rare twist for a game. The only official platform is Nintendo Switch, though it is likely PC gamers will also be able to play it via emulators like Yuzu and Ryujinx, which have often delivered day one compatibility for fresh Nintendo Switch releases.

Besides the Standard Edition, priced at $59.99, Nintendo is also preparing a Collector's Edition (price unknown) that includes a package artwork from Masatsugu Saito, a full-colour, softcover concept art book with over 250 pages, and a steel case for the game card. 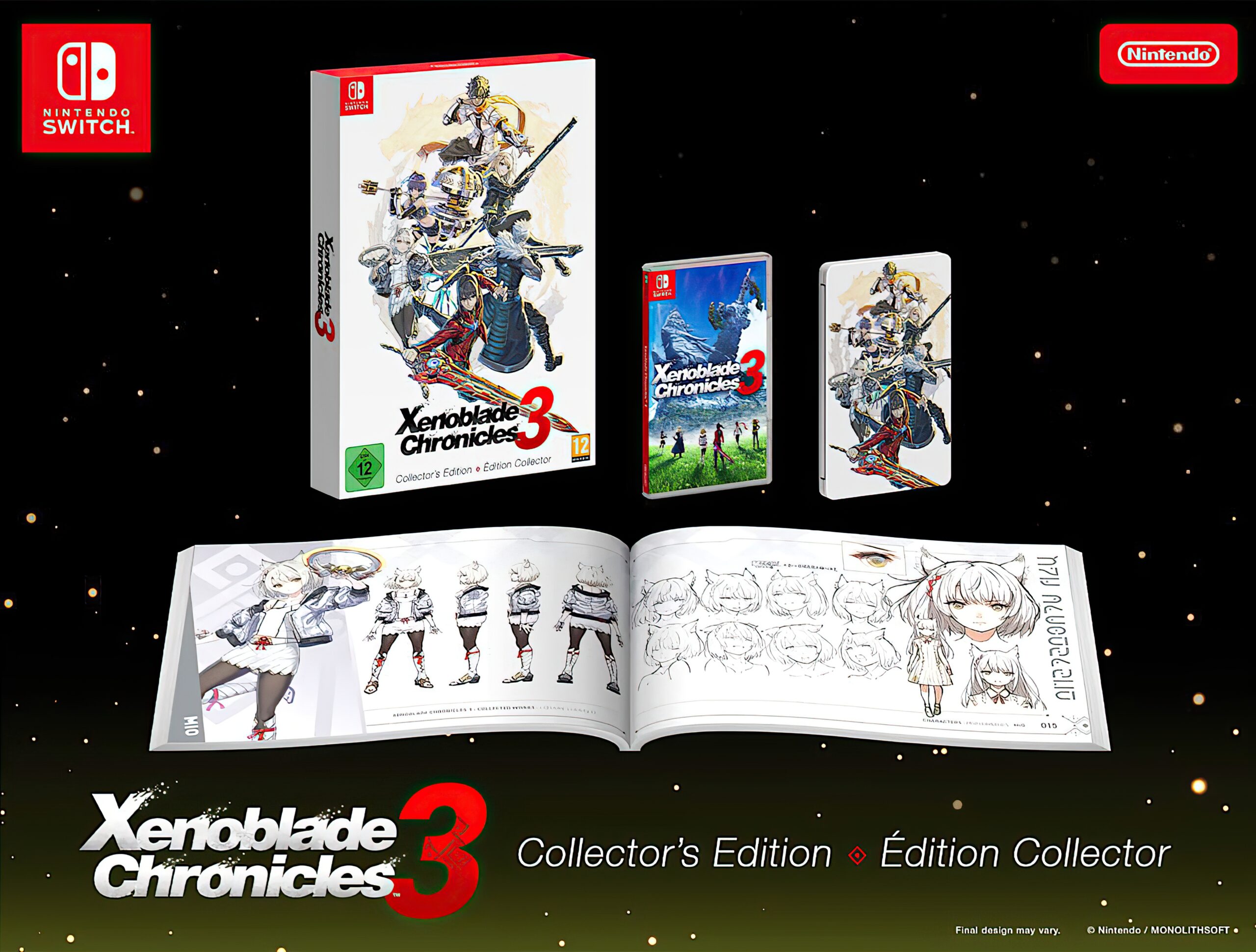 The Xenoblade Chronicles 3 Collector's Edition will only be available via the My Nintendo Store, though pre-orders are not open yet. If you do end up reserving the Collector's Edition, beware that you will receive the game software on July 29th and the rest of the content (Nintendo Switch SteelBook case, softcover concept art book, and outer box packaging) at a later date, estimated to be at some point in Autumn.

Nintendo shared an announcement trailer when it first confirmed the game earlier this year.

More recently, when the launch date was brought forward, we also got another, longer trailer.

Just like its predecessors, Xenoblade Chronicles 3 will be an open world game featuring action RPG gameplay. Positioning during combat is said to be critical to take advantage of Arts and maximize debuffs and damage.

One of the main gameplay differences compared to previous titles will be the much larger party roster. Whereas the first and second Xenoblade Chronicles had a limit of three active characters, Xenoblade Chronicles 3 pushes to envelope to seven active characters. Six of them will be mainstays, while the seventh will rotate with the story's progress.

Party members also can have their character class, and therefore abilities, changed if needed. Last but not least, pairs of the six main party members can Interlink into unique giant beings called Ouroboros. Each Ouroboroshas a different moveset.

Xenoblade Chronicles 3 is set in the world of Aionios, where two nations are constantly at war with each other. The first one is Keves, where regular technology is dominant and the army is mainly composed of combat vehicles operated by soldiers riding them. The other nation is called Agnus and it focuses on ether, described as a magical technology. Needless to say, their combat units are all based on using ether as a weapon. Both sides feature the so-called off-seers, who are soldiers playing special flutes to mourn the passing of the dead. Here's the main cast's official description.

Noah: One of the protagonists of Xenoblade Chronicles 3 and a soldier of Keves. Noah is also an “off-seer” who mourns for soldiers who’ve lost their lives on the battlefield.

Lanz: An ally of Noah’s who wields a great sword that doubles as a shield.

Eunie: A childhood friend of Noah and Lanz who has a sharp tongue and rough personality. She specialises in healing her allies in battle.

Mio: The other protagonist of this story, Mio is a soldier of Agnus and an off-seer like Noah.

Taion: A tactician who fights alongside Mio using his smarts and insight.

Sena: This soldier is an ally of Mio and Taion. Despite her petite figure, Sena wields immense physical strength!

Other characters seen in the most recent trailer are Riku, Manana, Zeon, and Valdi.

Monolith Soft confirmed that all of the characters were designed by Masatsugu Saito, who already worked on Xenoblade Chronicles 2, while key artwork was produced by Koichi Mugitani.

The developers also revealed that music in Xenoblade Chronicles 3 was composed by Yasunori Mitsuda, Manami Kiyota, ACE (TOMOri Kudo, CHiCO), Kenji Hiramatsu, and Mariam Abounnasr. Its main motif will be a flute-based melody, with the flute playing a key role in the overall theme of the game.