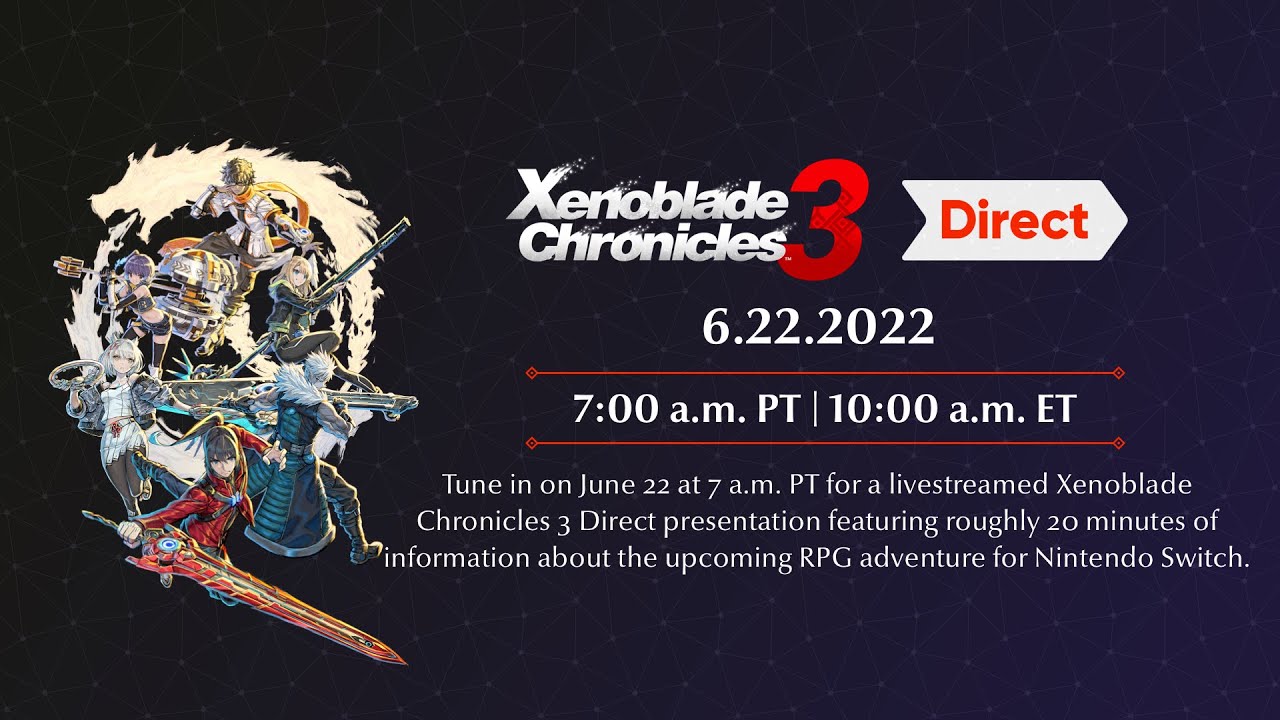 The presentation will be held on June 22, 2022, and it's expected to happen at 7:00 AM PT. What's going to be brought up during the presentation? Well, an educated guess would be a relaunch of the game's pre-orders as they were put on hold last time. Namely those of the game's Special Edition.

Of course, there's probably also going to be an extensive game overview that will highlight various of the game's mechanics and features alongside some insight regarding Xenoblade Chronicles 3's combat and world exploration. You can be certain that, whatever happens during the event, we'll be there to cover it.

Above you can see a direct link to the Direct so you can set a notification to your YouTube account for when the event happens. As said above, the event is going to be available on June 22 and it will start at the following times:

Xenoblade Chronicles 3 brings together the futures of Xenoblade Chronicles and Xenoblade Chronicles 2. It takes players to the world of Aionios, home to two hostile nations, including Keves and Agnus. From these nations, six soldiers will take part in a grand tale with life as its central theme. The game will also introduce a new gameplay mechanic known as Ouroboros forms, oversized entities the players will be able to morph into during battle to unleash devastating attacks.

The third entry in the series developed by Monolith Soft was originally announced with a September release date. However, after a surprising reveal, it was found out that Xenoblade Chronicles 3 is going to be released exclusively on Nintendo Switch come July 29, 2022.

Xenoblade Chronicles 3 May Be in the Works, Voice Actress Suggests