Its here folks. The one we've all been waiting for. At its event in New York today, Qualcomm officially took the wraps off of the Snapdragon 820, the highly anticipated successor to the Snapdragon 810. We've seen a lot of information surface about the Snapdragon 820 over the course of this year, and now that Qualcomm has finally made things official, lets take a look at what the SoC will be offering. 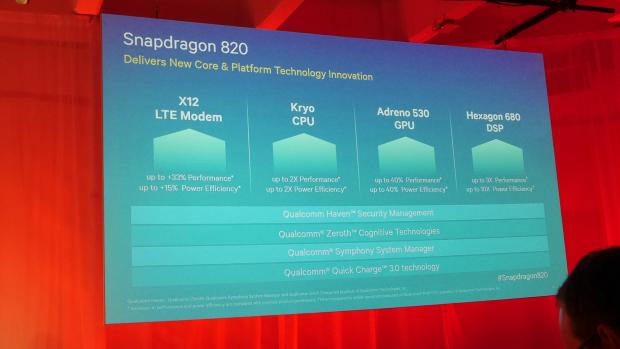 With the Snapdragon 820, not only does Qualcomm seem to be looking to forget the errors of its past, but the company is also hoping to make its top tier processor offering a solution for a variety of applications and hardware such as IoT, gadgets, appliances and more. The heterogeneous core processing on the Snapdragon 820 makes it able to combine a variety of factors during computation, which allows for much more integrated performance from devices or gadgets running the chip. 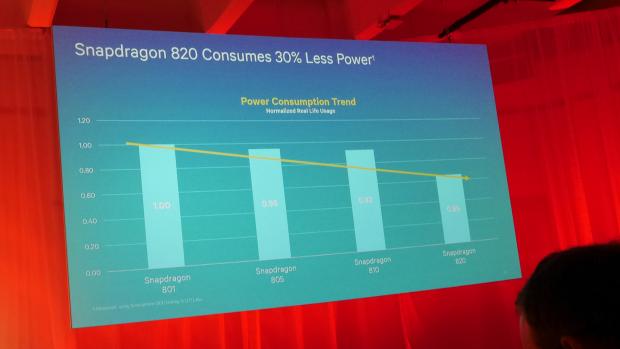 The processor comes with a new modem that includes support for LTE X12, 3x20 MHz carrier aggregation and Cat 12/13 downlink and uplink speeds of 600 and 150 Mbps respectively. A special focus on the Snapdragon 820 is video playback and rendering. Qualcomm claims that the processor will be able to categorize, detect and sort images using their content and types in a 'split second'.

The Snapdragon 820's Low Light Vision (LLV) will also improve image quality vastly, according to Qualcomm, by accounting for adaptive brightness and noise reduction. Low light photography should see several improvements on devices using the processor, according to the company. 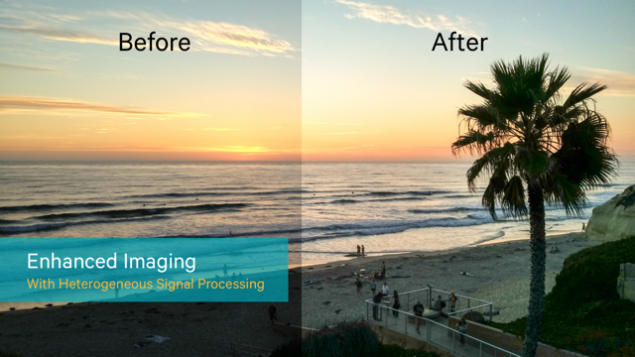 Coming towards multimedia, the Snapdragon 820 supports cameras sensors with resolutions up to 28MP, 4K UHD video recording coupled with 4K display support. On the audio side of things, Qualcomm claims that the Snapdragon 820 will take headphones out of the equation completely and will deliver sound that resembles output from mulit-channel headphones, without the headphones.

With the Snapdragon 820, Qualcomm seems to be eager to turn over a new leaf after a disappointing and troubling year. The chip does seem to offer some very impressive computing, performance, power and multimedia features and benefits on paper; but that's all that they are for the moment. Need we remind you that at the time of the Snapdragon 810's launch, the chip was also heralded as the next in mobile computing.

So until we're able to get our hands on some devices using the latest Snapdragon, we're going to hold back any judgements for now. Now that the processor is finally out in the open, a plethora of devices should head our way starting next year; and if we're lucky then perhaps this year as well. But maybe that's just wishful thinking. Rest assured, stay tuned and we'll keep you updated. And let us know what you think in the comments section below in the meanwhile.