Things have finally started to move along on the Snapdragon 820, which can very rightly be said to be Qualcomm's redemption. After the Snapdragon 810 gained notoriety for its overheating issues, the US based chipmaking giant saw a sudden drop in its popularity and processor usage, with the few manufacturers that chose to employ the ill fated SoC in their devices fated for a similar outcome. Well, today Qualcomm detailed some more new details about the Snapdragon 820, particularly the chipset's Kryo cores and right on cue, some impressive benchmarks of the SoC have also surfaced. 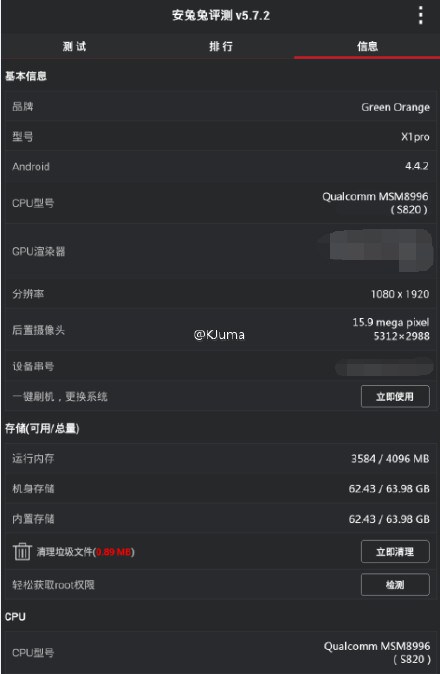 After we saw some rather interesting details posted about the Snapdragon 820 today by Qualcomm, a device featuring the SoC has also popped up on the popular benchmarking database, Antutu. The device in question is the Green Orange X1 Pro, which has also surfaced in the past with similar hardware. Though it would be relevant to note that the site through which this image was posted on the mainstream web, seems rather interested to tout the Snapdragon 820's prowess, rather than the specifications of the device. You can take a look at it here. 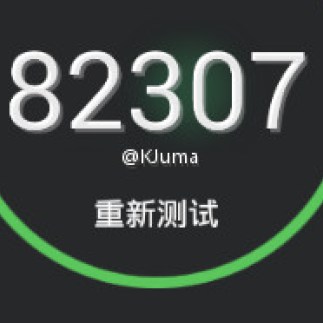 As you can see in the image above, once again the Snapdragon 820 manages to score above 80k on the Green Orange X1 Pro. An Antutu score of 82307 is more than impressive and if the above benchmarks really are accurate, then Qualcomm seems to be heading in the right direction to recover ground lost with the Snapdragon 810.

Speaking of Qualcom's big.LITTLE experiment, in an announcement today, the company seems to have reverted back to Krait with its custom Kryo cores on the Snapdragon 820. Krait has served Qualcomm quite well in the past, managing to significantly improve power consumption when it comes to instruction processing. And with the Snapdragon 820, Qualcomm's looking to completely embrace heterogeneous computing as well through leveraging the SoCs GPU, DSP and CPU.

So things seem to be moving in a good direction for Qualcomm, as the company's already got several manufacturing partners such as Samsung on board for the Snapdragon 820. Given that the processor's Kryo cores are manufactured on Samsung's 14nm FinFET, we'd say that things have started to get very interesting indeed. Stay tuned and let us know what you think in the comments section below.