After the debacle that the Snapdragon 810 proved to be for Qualcomm, the company really has its work cut out for it when it comes to 2015's flagship Snapdragon SoC. And by the looks of things so far, Qualcomm's hard at work developing its own custom cores for the Snapdragon 820, with reports indicating the processor's Kryo cores will be able to reach frequencies up to 3 GHz. Well, some tests have been run on GeekBench, that appear to detail the upcoming SoC. 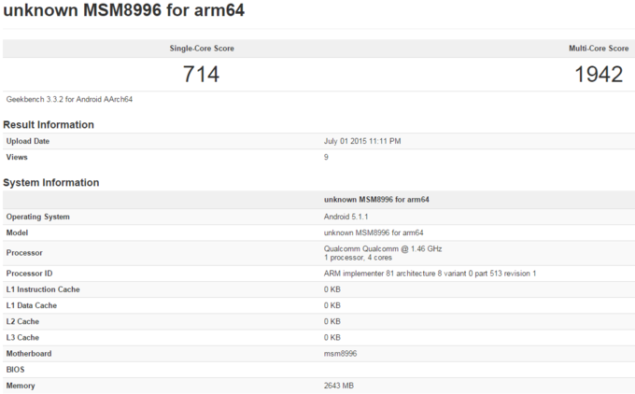 As the days pass by, the Snapdragon 820 has started to make more and more rounds on the popular benchmark database, GeekBench. After we saw an early posting on the site, in which Qualcomm's much anticipated SoC managed to top Samsung's 14nm Exynos 7420, today's posting shows a little. . .slower results. As can be seen in the image above, this time the Snapdragon 820 doesn't come out on top, but its natural given the frequencies its shown to be running at. At a frequency of 1.4 GHz, the MSM8996 manages to gain a single core score of 714; and a multi-core score of 1942, well behind the Exynos 7420, which scores in the whereabouts of 1500 for single core. Earlier, alleged benchmarks of the Snadpdragon 820 can be seen below. 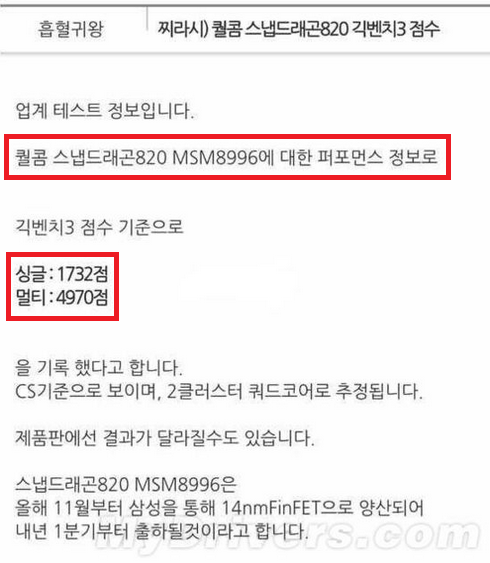 As compared to earlier scores, this time the Snapdragon 820 manages to achieve single core scores of 714 and multi core scores of 1942. At a frequency that's half of what the SoC's custom cores are rumored to achieve, we'd say the results are quite impressive. And impressive is what Qualcomm's going to need if it want to gain back the top processor spot in the smartphone industry. Samsung's been making some big moves and investments recently and the US chipmaking giant is in for some tough competition indeed. Stay tuned, we'll keep you updated. And let us know what you think in the comments section below.