Helio X30 is expected to be one heck of a SoC, particularly when it is going to be processed on the 10nm FinFET architecture. Now, thanks to the latest benchmarking leak, Helio X30 is not pitted against just Snapdragon 820, but other leading SoCs as well, so let us take a look and see which chipset reigns supreme in the latest AnTuTu benchmarking tests. 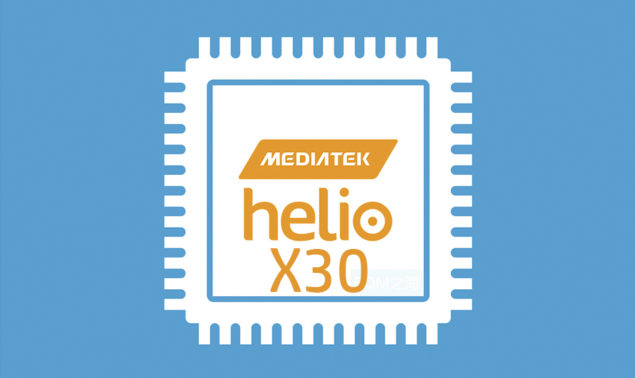 Thanks to Weibo, we have the latest scores (present in the image below as well), and Helio X30 is able to score the following points in the benchmarking leak (scores of other SoCs have also been listed below): 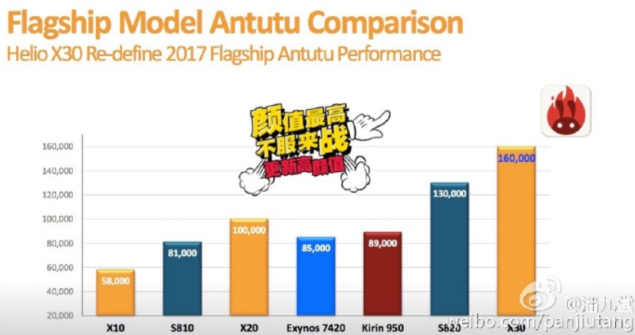 Looking at these scores, we are obliged to admit that we are more than excited to see what kind of scores smartphones and future tablets are able to produce as soon as they come shipping with the 10-core chipset. Right now, it has not been confirmed which company will be mass producing the chips for MediaTek, but since Apple has been reported to secure all 100 percent of orders for its A10 (which is also fabricated on the 10nm FinFET architecture), our gut tells us that MediaTek is going to side with TSMC. 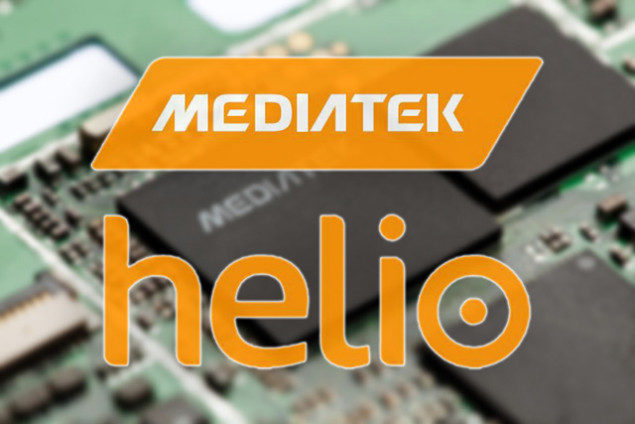 Mali GPUs have been criticized for their slow graphics performance in comparison to the others (case in point will be Kirin 950), so we are really excited to see what kind of performance the 7-series PowerVR GPU will bring to the table. Apple, for the longest time has incorporated Imagination Technologies’ GPUs (which are called PowerVR) inside its custom designed SoCs, and despite the processor not going above the dual-core count in smartphones, performance is truly earth shattering.

What do you guys think of the latest scores? Will Helio X30 finally allow MediaTek to take the lead against Qualcomm? Let us know your thoughts right away.