We've been hearing quite a lot about the Snapdragon 820 since early this year. Qualcomm's upcoming SoC is expected to salvage the company's dented reputation after the Snapdragon 810 fiasco, and is expected to feature several new features and upgrades that should enable the US manufacturer `regain the top spot in the mobile SoC once again. Well, looks like Qualcomm's finally ready to disclose some details about the processor today, so lets start. 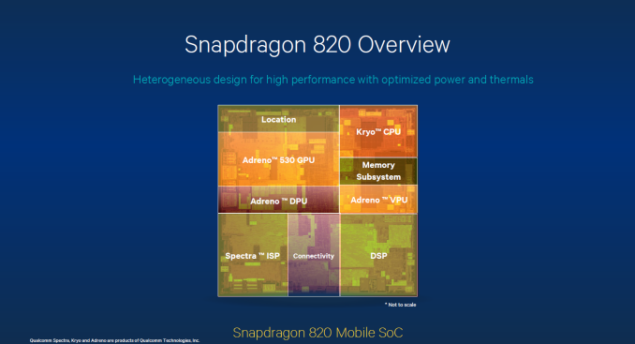 The Snapdragon 820 Gets An Official Look Today From Qualcomm

Today's announcement from Qualcomm is rather limited in nature when it comes to the Snapdragon 820, as we see no numbers from the manufacturer about the processor's much talked about custom Kryo cores. To recap, the Snapdragon 820 will be the first Qualcomm processor to feature its own custom cores rather than rely on ARM's Cortex A series CPUs as it generally has.

In fact, these Kryo cores have been reported to achieve benchmark scores as high as 3,000 Mhz, so this sound good for the Snapdragon 820 when it comes to the rumor mill. But today we're going to talk about the Adreno 530, Qualcomm's next flagship GPU which will feature in the 820. 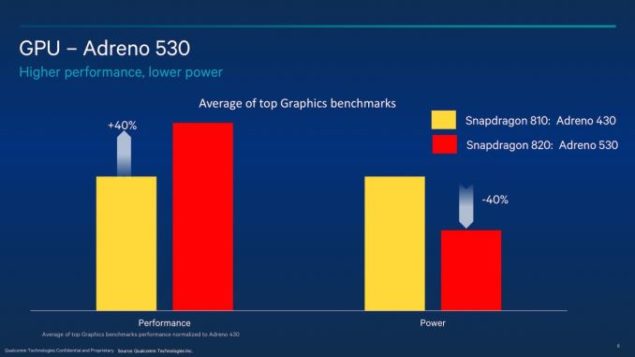 The Adreno 530 is said by Qualcomm to feature several important upgrades over its predecessor, the Adreno 430. 40's the magic number for Qualcomm on its latest GPU as the manufacturer claims that the Adreno 530 will deliver 40% improved performance and power consumption over the Adreno 430. Given that the 430 is an impressive piece of silicon on its own, a 40% increase in both ends over it is quite an achievement from Qualcomm, but we'd have to carry out some benchmarks ourselves when the chipset becomes available to be sure. 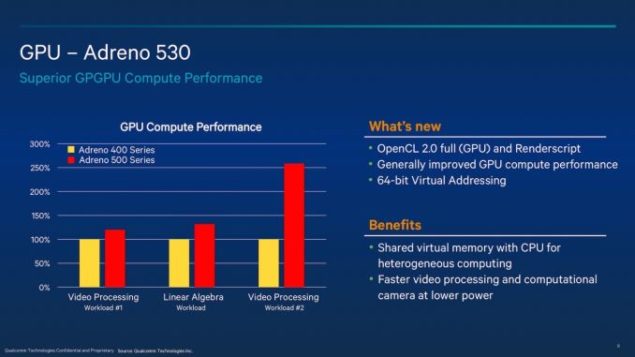 Coming towards the technicalities, the Adreno 530 will be offering up to 2.5 times an increase in video performance. The Adreno 530 will also be coming with full support of OpenCL 2.0, Renderscript, Vulkan, OpenGL ES 3.1 + AEP. Shared Virtual Memory, which comes with OpenCL will now allow data sharing between an Open CL's host and the device's GPU. Qualcomm's Spectra ISP in the Adreno 530 will now allow your smartphone to support up to three different cameras with 25 MP resolution and 30fps. As if dual cameras weren't enough already.

In addition, Spectra will also allow for better depth processing when using dual cameras, so maybe we should be expecting more dual cameras on devices next year. After all, methods in which to differentiate your device in the Android world are slowly becoming short and perhaps with this improved dual camera support more manufacturers will switch to that option. The Snapdragon 820 should be expected in devices during the first quarter of 2016, so there's plenty of time for new information to surface. As of now, Qualcomm's showed off one of its strengths - its mobile GPU and we're eager to see what follows next. Stay tuned and let us know what you think in the comments section below.