With all eyes set on the Mobile Word Congress due to be held in Barcelona in a couple of days, just like last year, the leaks seem to have no intention of stopping. We saw the Samsung Galaxy S7 and the Galaxy S7 Edge get listed online for sale, alongside image sets and now seems like its the LG G5's turn to grace the rumor mill. 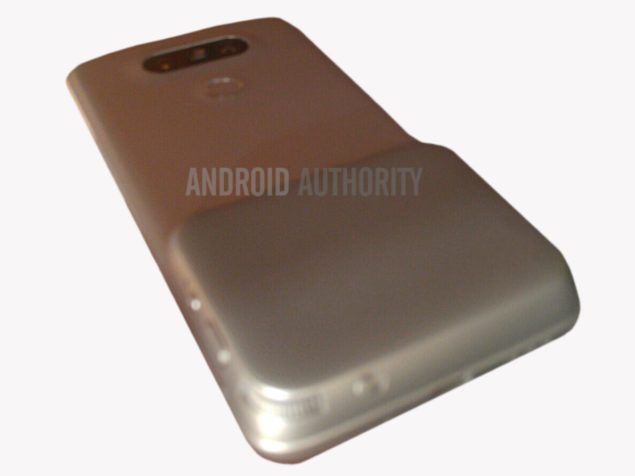 The LG G5 has been seeing some interesting features and upgrades surface in the rumor mill so far, all of which just might turn into a reality. The device will be launched by the company in just four days from now at the Mobile World Congress in Barcelona, and taking a look at what's been rumored so far, the LG G5 should stay at right at the top of the Android world in 2016.

For starters, the device will be coming with Qualcomm's Snapdragon 820 on board, which the US manufacturer almost confirming the processor for the Korean manufacturing giant's device today. LG was one of the few manufacturers last year that relied on the Snapdragon 808 for its flagship smartphone and the end results weren't disappointing at all. This year however we should expect the G5 to hit the market with Qualcomm's full force behind it, as you can see in the tweet below. 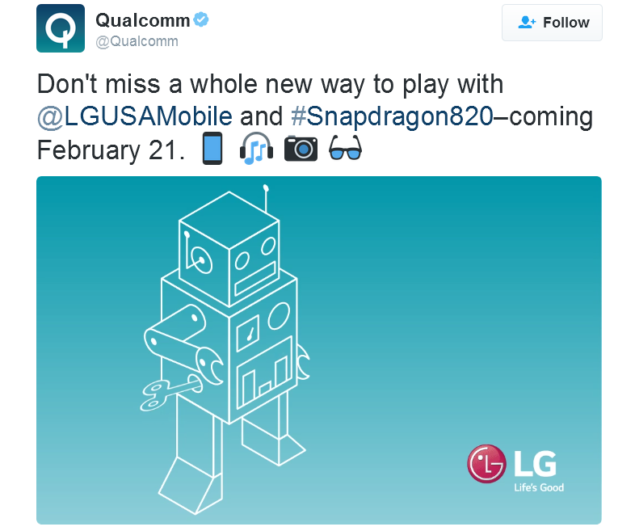 The LG G5 has been quite busy lately, with the device also appearing for sale online earlier. In the images attached alongside, we see the dual camera and the fingerprint sensor both at the rear of the LG G5, opening up some interesting possibilities for its bottom part. We've also been hearing quite a lot about a detachable accessory slot for the LG G5 over the past couple of weeks, with the device to allegedly feature more connectivity for accessories such as an additional battery pack.

In the image at the top, you can take a look at this accessory slot, which according to its source is 100% authentic. What's interesting to note here is the various assortment of buttons at the sidelines of this slot, which once again adds a host of features which it could support. There's speculation that LG might add several enhancements to the G5's camera with this slot, though that's all speculation for now.

As mentioned earlier, the LG G5 has been quite busy when it comes to the rumor mill, as we've seen some big appearances. One of these is an online listing on a Dubai retailer, which shows the device in its final form. Taking a look at the image above, the LG G5 appears to be designed elegantly, with the company's choice to place the fingerprint sensor on the device's rear leaving quite a few options open for its bottom.

If you look closely, the bottom part of the smartphone appears to stand out on its own, with a unique boundary present between it and the screen. Could this suggest that the accessory slot being rumored for the LG G5 will become a reality? We'll find out in a couple of days for sure. Specification wise, the device is expected to come with the Snapdragon 820 on board, 4GB of RAM, a dual camera and more interesting upgrades. Thoughts? Let us know what you think in the comments section below and stay tuned for the latest.