With CES becoming a history and Mobile World Congress 2016 coming nearer, we are expecting tons of leaks and rumors coming to cover the expected Android flagship smartphones of the year. One of the first of this upcoming torrent gives some unexpected and quirky details of LG G5. Here are the details.

According to CNet Korea, the upcoming LG G5 will feature a removable battery. However, it will not remove through the back cover as LG is reported to feature a unibody all-metal design. The company is apparently designing the device with a bottom unit, helping the owner remove the battery pack. Sourcing the information from someone who has seen the device, the latest LG G5 renders show a unibody all-metal design with a flatter, thinner look. With rounded soft corners, the renders show the volume keys moved to the left frame of the device. 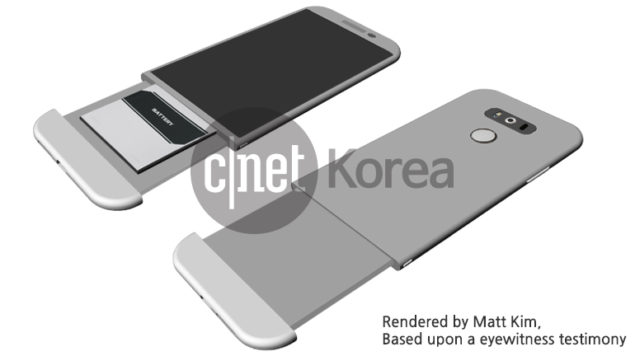 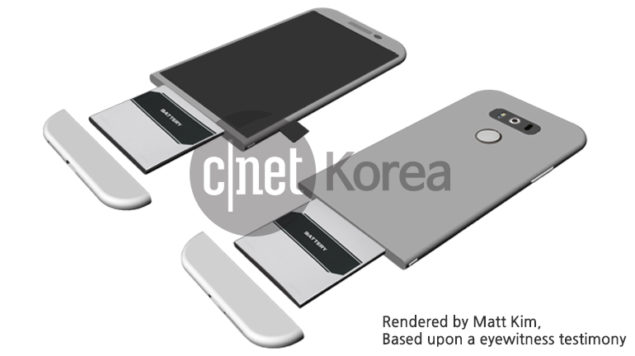 With a unibody design and an aim to keep the battery removable, LG has to come up with something. Something like a bottom bezel that could be pulled out to remove the battery pack while keeping the thinner design intact? The report details that engineers at LG spent quite a time figuring out how to create an all-metal unibody smartphone with a replaceable battery pack. The drawer-like design, according to the source, has been finalized with a focus to minimize water and dust damage. To open the battery pack, users will have to press two buttons on both the sides of the devices.

Quite an unusual design but looking at the demand of millions of Android users feeling upset with removable battery designs going out of trend, LG might just save the day for users and for itself too. While we can't be sure about this report of LG introducing a drawer-like mechanism to keep the signature removable battery feature, it would be interesting to see how consumers respond to this design for a flagship smartphone.

Earlier rumors had suggested that LG G5 will feature a dual camera setup. Rumored to sport a 5.3-inch 1440 x 2560 Quad HD display, LG G5 will also feature a secondary ticker display. First the two camera sensors with laser autofocus, then the dual display setup and now quite a peculiar feature of a modular design to keep the battery easily removable. This year's flagship smartphone from LG is certainly attracting a lot of rumor-light. Let's see which of these bits actually come to fruition when the smartphone is released in a couple of months.