We're off to a nice start to 2016 when it comes to the rumor and leak mill, with several important pieces of information about upcoming Android flagship devices already having surfaced. Samsung's upcoming Galaxy S7 flagship smartphone has been the focus of the majority of leaks so far, with today having witnessed one of the first image leaks of the highly anticipated device. But while the Galaxy S7 might be due in less than a month, that doesn't mean other manufacturers are out of the running, and today we've managed to get our hands on some alleged images of the LG G5; the company's successor to the efficiently executed LG G4 last year. 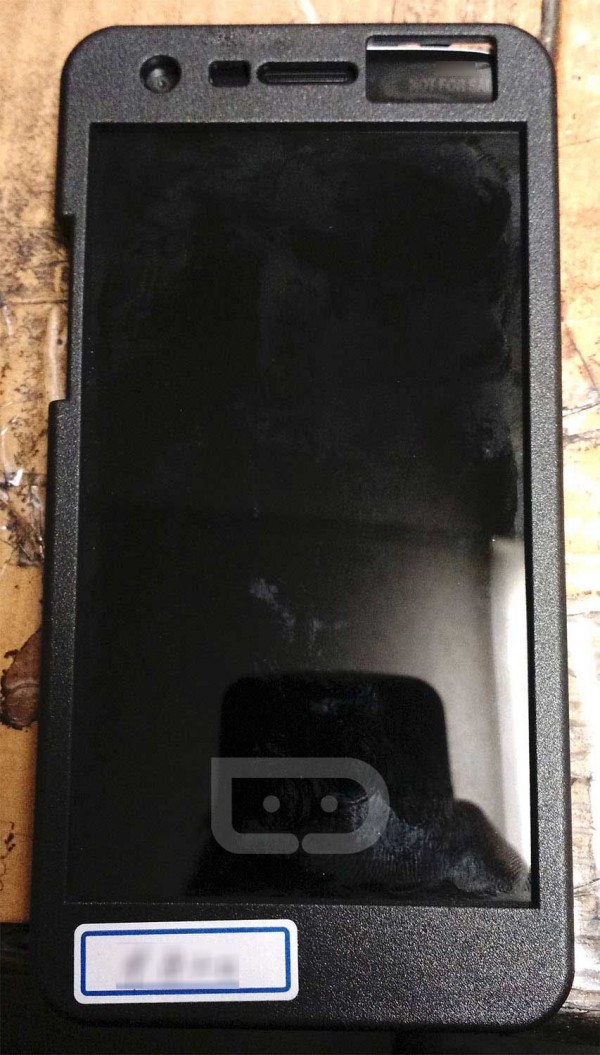 Starting from the front of what is claimed to be the LG G5, we see that the device retains the overall curvature and design aesthetics of its predecessor; or at least that's what we've managed to gain from the little exposure provided in today's images. Just like the Samsung Galaxy S7 earlier, the LG G5 which has surfaced today also seems to be a developer addition, with the majority of the device camouflaged in order to preserve design secrecy.

But that doesn't mean that we haven't been able to gather any details whatsoever about the device. Apart from the design curvature mentioned above, the LG G5 appears to be quite simplistic on the front, with only the speaker, proximity sensor and front camera appearing  in today's image. There's no home button at the front, with the company once again choosing to place that, coupled with the fingerprint sensor on the device's rear as you'll be able to see in the image below. 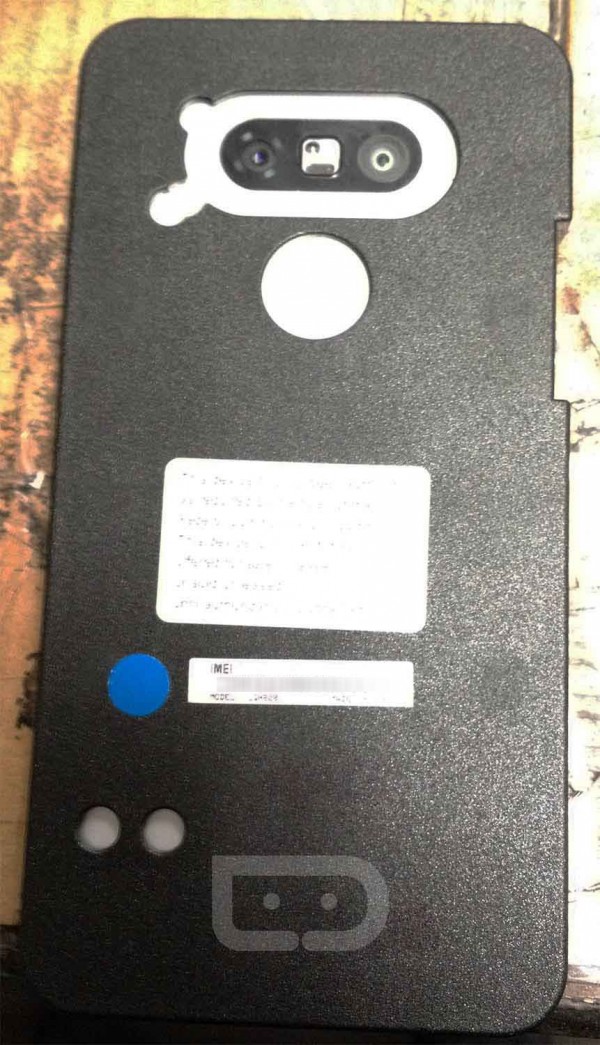 Looks like the LG G5 will be coming with a dual camera setup on board, something which if true, makes us quite excited about the upcoming device. LG managed to successfully execute camera features and photography related functionality on the LG G4, with the device being touted as capable of professional level photography at the time of its launch. If LG's managed to get the camera right once again on its flagship smartphone then the G5 should prove to be quite a treat for photography lovers all around.

Moving towards the bottom and the sides of the device, you'll see that USB Type-C connectivity alongside speakers and a headphone jack. On the left side of the alleged LG G5 we have the volume keys for the device, while slots for its SIM and Micro SD card have been placed on the device's right side. Given the increasing trend in the mobile world of doing away with Micro-SD storage, the LG G5 coming with the feature might end up enticing quite a few users towards its camp indeed.

That marks our leak for the LG G5 today folks. The device is also expected to come featuring Qualcomm's Snapdragon 820, 2K resolution and a screen size between 5.3 - 5.6 inches. Given LG's prowess with device design and functionality, the company's fans should expect another strong contender from it this year. Thoughts? Let us know what you think in the comments section below and stay tuned for the latest.