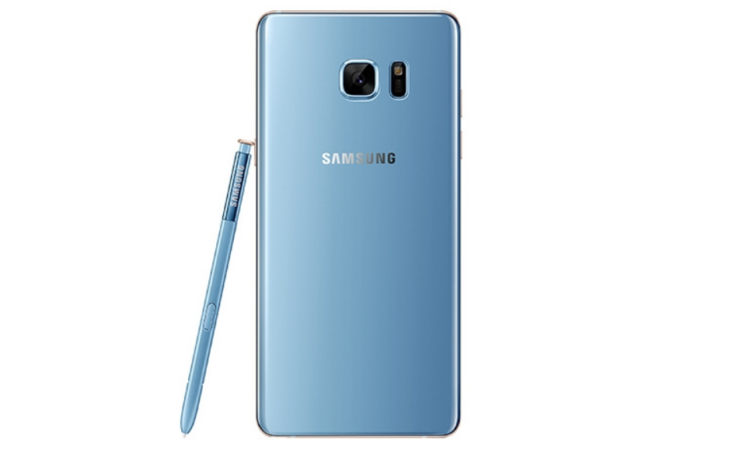 Samsung's Galaxy Note 7 has been seeing a good run of leaks lately. With the device's launch almost with us, render and image leaks have provided a lot of details. In fact, there's also been talk about an Iris scanner lately, which would mark a good point in Note history. Depending on execution, this feature could very well make or break the device. But we've heard quite a lot about Iris scanners on other device in the past. Therefore, nothing's set in stone until the 2nd of August, when Samsung launches the device.

While we've been seeing some subtle references for Iris scanning in renders lately, today its the Note 7's UI which has allegedly surfaced. Some screenshots which allegedly belong to the device, show detailed software support for Iris recognition. We've seen some similar hardware leaks earlier on as well, so support for the feature seems to be growing at the rumor mill.

As you'd expect, these will come with their own set of restrictions on board, which until now involved placing the Note 7 22-35cm away from your eyes. This time, screenshots of the same restrictions have surfaced, which narrow down the scenarios you'd be able to use your eyes by quite a bit. If Iris scanning does surface on the Note 7, that would be a big win in itself, as Samsung should be able to improve the feature in coming years.

The screenshots, show the feature in the Note 7's UX interface. While there's no way to guarantee their authenticity, earlier leaks have displayed similar information as well. You won't be able to use the Note 7 while wearing spectacles, in sunlight or if you've had eye surgery. The major hurdle for the feature would be its effectiveness, since using a fingerprint is simply more intuitive usage wise.

It'll also be quite difficult for the device to detect your Iris if you've registered them in bright areas, and the proceeded to scan them in low lit ones. That should prove troublesome for the feature's initial adoption. If Iris scanning really does make it on the Note 7, we'd expect a similar suit for the S8 next year, which would mark its first, true refinement. All eyes on Samsung for August the 2nd, when the Note 7 will officially be unveiled. Thoughts? Do you think in the Note 7 will come boasting an Iris scanner? Let us know what you think in the comments section below and stay tuned for the latest.