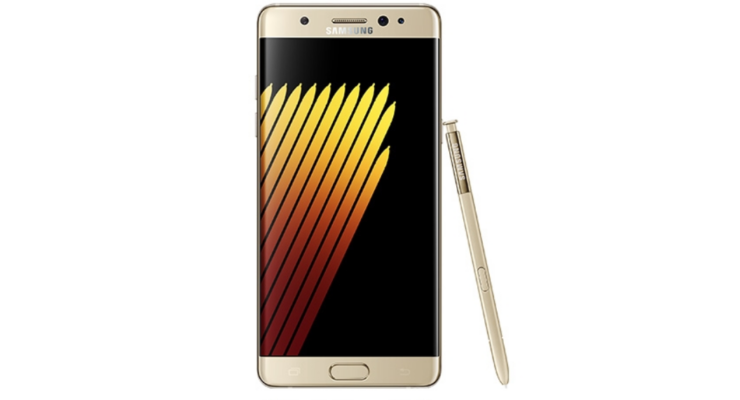 The Samsung Note 7 will be launched on the 2nd of August. The device is expected to come with quite a few upgrades. Most of these should be performance based. Little will change in aesthetically though. Today, some more images of the device have surfaced, which show a very sleek approach. Samsung's got the advantage of the edged screen on its side here as well. The Note 7 will be the first true refinement of the feature since its launch.

In terms of upgrades, the Samsung Galaxy Note 7 is rumored to deliver on several fronts. Both the processor and RAM will be upgraded. There's been some talk which suggests that the processor for the device will be the Snapdragon 821. RAM, will be upgraded to 6GB of Samsung's recently launched 10nm DRAM modules. If both of these are correct, core usage on the device will expand a lot. For display, the device is expected to bring some upgrades as well. These have been rumored from RGB to a Y-Octa display.

Camera wise, Samsung's expected to take things lightly this year. According to some sources, the Galaxy Note 7 will use Dual Pixels as well. At the usability front, there's been talk about an upgraded S-Pen, coupled with increased functionality. All of these make the Samsung Galaxy Note 7 a very well rounded device indeed. Taking a look at the images below, all of this has translated into a sleek design approach as well. In fact, if you look very closely, an Iris scanner also appears to be present.

The most interesting leaks related to the Note 7 so far have been about an Iris scanner. The feature has been rumored for a lot of devices in the past. Will the Galaxy Note 7 be the first device to lunch it commercially? The rumor mill certainly thinks so. In fact, renders and images have also been making subtle suggestions. The images above also show a similar sensor at the microphone's left. There's still no way authenticate fully that this might be the Iris scanner, it sure is the right place for the feature.

To that end, we've also seen software based leaks for the feature as well. The Samsung Galaxy Note 7 will be launched in less than a week. So matters should clear out soon enough. It looks to be a solid year for the phablet so far. We'll be on the lookout for more. At this point, you'd really just be better off waiting for the actual launch. Thoughts? Let us know what you think in the comments below. We'll keep you updated on the latest.