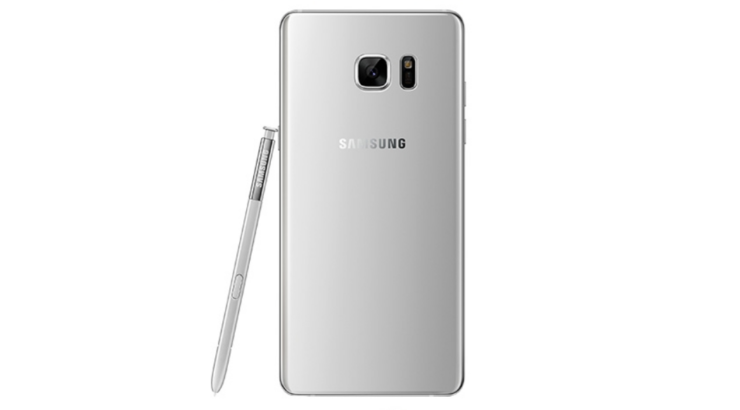 As the launch of the Samsung Galaxy Note 7 heads over, leaks about the device have started to approach a tone of finality. All we've been seeing so far are renders and live images of the device, which suggest a flat approach. To compensate for this, the Note 7 will come in more colors, according to information so far. To that end, some more renders of the device have surfaced today, showing it in detail.

When it comes to aesthetics, Samsung's got its work cut short for quite a while. Compared with Apple, the Korean manufacturer has to deal with all sorts of devices. These narrow the amount options remaining for its flagship lineup, with the only recent major change being the introduction of an edged display. However, some sources have been claiming that the Note 7 might come with an Iris scanner on board, which would turn out to be a huge win for Samsung.

If you take a look at the images below, available in all sorts of colors, the Note 7 appears to have two rather large sensors on its front. The proximity sensor seems to have been replaced by a rather large singular circle. The front camera is in its regular place, so a big Iris change might just be coming with the device next month. However, even as these images surface from South Korea, things will set in stone when we see the device the flesh.

In terms of functionality, the device is expected to deliver some subtle upgrades. The S-Pen in particular is expected to receive overhauls. These, should increase its relevance in the overall usage of the Note 7. In multimedia, there won't be much attention paid towards the camera. According to information so far, the Note 7's expected to follow the Galaxy S7 for photography, with Samsung expected to consolidate both the lineups this year. Performance wise, the Note 7 is expected to come with a handful of 6GB 10nm DRAM. This, will be coupled with a Snapdragon 821, an upgrade to the 820 launched earlier this year.

To sum it up, the Galaxy Note 7 is expected to be a slightly upgraded variant of the Galaxy S7 Edge launched earlier this year. The big question as we head towards August is that if Samsung's really looking to consolidate both the lineups, why doesn't it just launch all of its devices concurrently? This, of course depends on Qualcomm and then US chip maker's decision on the amount of flagship Snapdragons it launches in a calendar year. Stay tuned folks and let us know what you think in the comments section below.