New MacBook Lineup From Apple Could Arrive in Seven Different Colors, According to Leakster 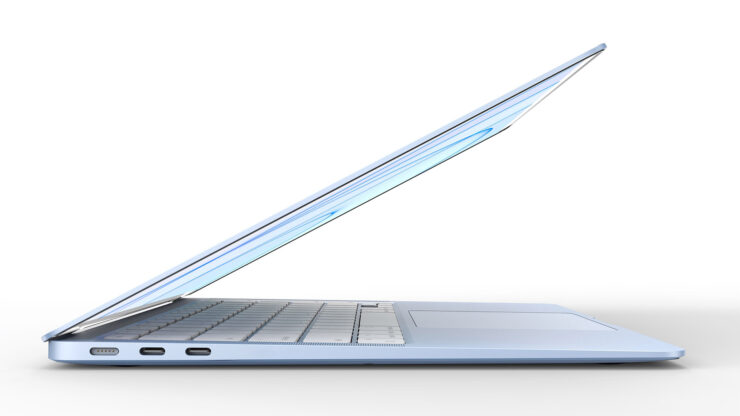 A new tweet from a known leakster sheds light on what Apple’s plan could be when it comes to launching new MacBook models later this year. While very few details are present in text form, an image shared shows that Apple could announce its portable Mac family in seven different flavors.

Jon Prosser is back, but this time, on Twitter instead of Front Page Tech, where he has shared an image of an unnamed MacBook model in seven different finishes. Previously, on YouTube, the leakster stated that a source told him about a blue MacBook prototype, indicating that Apple might be proceeding with the same plan that it executed with the M1 iMac unveiling; more colors.

Assuming this tweet is actually what Apple is planning, we will not be getting those bland finishes. Instead, a more colorful family of portable Macs might launch, giving future buyers more choice when it comes to personalization. Since we have only heard about the 14.1-inch and 16-inch MacBook Pro models entering mass production in the second half of 2021, we will be discussing these two for now.

see you in an hour 😘 pic.twitter.com/3eaVIh8ycy

A previous report talked about a design that is similar to the iPhone 12, so we should expect flatter edges, along with older ports making a comeback. This would include the MagSafe connector, which was removed when Apple introduced the 2016 lineup of MacBook Pro models. We may also see additional ports like the SD card reader, HDMI port, and Thunderbolt, giving more convenience to buyers, but there is a chance Apple is not bringing back the Touch Bar.

To be fair, many users might not miss the Touch Bar and would likely want more ports to take advantage of than seeing an OLED display strip whose novelty wears off after some time. We also believe that the next MacBook Pro models will feature Apple’s latest and greatest M1X or M2 chipset, so if you want to learn more about it, check out our in-depth roundup, where we have discussed a multitude of topics, including specifications.

Do bear in mind that Prosser does not have the cleanest of track records, and Apple might have last-minute plans, so treat this rumor with a pinch of salt and await further details.