Murder on Eridanos, the second and final The Outer Worlds DLC scheduled as part of the Expansion Pass, will be released before the end of March. The news was shared by Take-Two, the parent company of the game's publisher Private Division, during yesterday's Q3 2021 earnings call.

To be accurate, this last DLC will be launched first on PC, PlayStation 4 and Xbox One (just like the base game), while Nintendo Switch users (who are getting Peril on Gorgon tomorrow at last) will have to wait for a later date.

We don't know much about Murder on Eridanos, other than it is likely to be a murder investigation story that takes place on the namesake planet. Named after a river mentioned in Greek mythology (just like most of the locations featured in The Outer Worlds, including Hephaestus, Olympus, Scylla, Tartarus, Typhon and Gorgon), Eridanos is a Jovian-type gas giant located in the Halcyon system. It is currently being mined for rare resources such as hydrogen, helium, and various noble gases by distillation plants set up in its atmosphere.

As for the plot, Murder on Eridanos is said to be the 'final and finest' adventure of Halcyon Helen, a fictional character that appeared in the in-universe show Terror of Monarch. If you've played The Outer Worlds, you might have seen its poster. 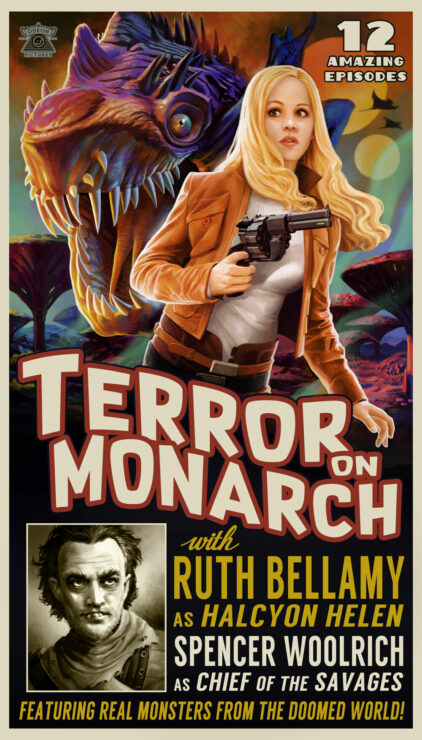 We reviewed Peril on Gorgon, the first DLC, and rated it 7 out of 10. Check out our summary below.

Peril on Gorgon, the first DLC released for The Outer Worlds, maintains all of the pros and cons we've already seen in the base game. The plot is intriguing while the characters remain the true highlight, but combat is a bit lackluster and optimization underwhelming.

The Outer Worlds exceeded sales expectations so far. Developer Obsidian has since been purchased by Microsoft, though, and is now developing a new triple-A first-person RPG called Avowed.