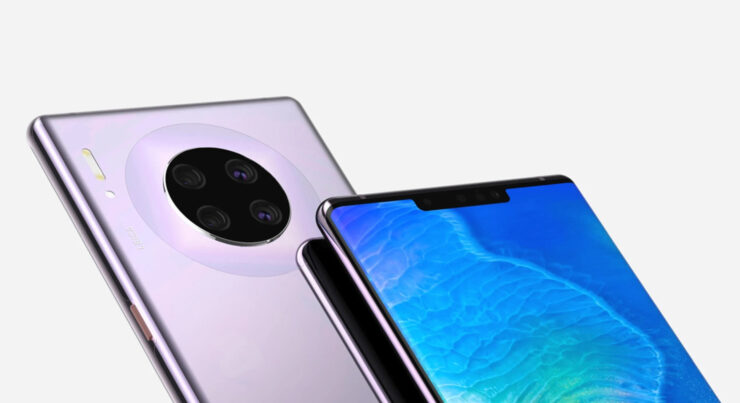 Although only two days are left to go before Huawei unveils its latest flagships, leaks are still coming in which is typical for highly anticipated flagships. A Chinese website has apparently posted an image of the stand that Huawei will use during the launch event. In that image, the key specifications of the phone can be shown. While most of these features have allegedly been leaked already, this is the first time that Mate 30 Pro slow motion capabilities have been mentioned.

According to the image, the Mate 30 Pro slow motion chops will surpass that of Samsung and Sony, and by miles. While the Galaxy Note 10 Plus can record slow motion videos at 960FPS, the Mate 30 Pro can supposedly shoot 7,680FPS super slow-motion videos. Whether Huawei will use a sensor with in-built DRAM or interpolate higher frame-rate videos to capture 7,680FPS footage is not known for now. The Chinese company had previously teased the phone’s slow-motion capabilities on Twitter and apparently the phone will also get something called Cine Lens to make the videos more cinematic.

As for the other camera specifications, the demo stand hints at a quad-camera setup with two 40MP sensors, one 8MP unit, and a 3D depth sensor. The phone will also presumably come with something called the ‘Ultra High Definition Night Mode’. Moving on, the report also mentions the Kirin 990, something which Huawei itself has confirmed. There are two versions of the Kirin 990, one with 5G connectivity and one without it, and the Mate 30 Pro will get the one with support for the next generation of cellular connectivity.

While the Mate 30 Pro slow motion feature sounds spectacularly impressive, let us brief you on the other specifications. The phone is tipped to pack in a generous 4500mAh battery with support for 40W fast wired and 27W fast wireless charging. It will supposedly run Android 10 with the company’s own EMUI 10 on top. It remains to be seen if Google Services such as Gmail and YouTube will come pre-installed on the phone, although a prior report stated that it would not. According to previous rumors, the Mate 30 Pro will also tout a 6.6-inch 90Hz waterfall display that curves at a brilliant 90-degree angle.

The Mate 30 series will launch on September 19 in Munich, Germany. As good as the phone seems, it will be interesting to see how many fans will be willing to buy it giving the current situation.

Mate 30 Bootloader Is Unlockable, According to CEO [Not happening]