New set of images confirm release of Apple's larger iPhone 6 measuring at 5.5-inches this year. Earlier, we saw rumors claiming that Apple may have postponed the launch of 5.5-inch iPhone 6 until next year due to cost and display panel shortage issues. The new images confirm that Apple is certainly going for both the models this year as opposed its history of being shy of introducing so many changes at the same time. 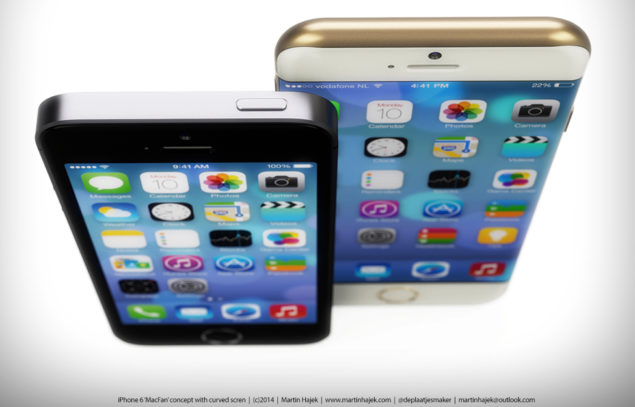 Last month we saw reports suggesting that Apple may have been forced to postpone its larger iPhone 6 due tocost issues. However, it was followed by another report claiming that although 5.5-inch iPhone 6 will be released this year, only 10 million units will be produced due to the aforementioned cost issue. Today comes a new set of images showing the larger iPhone 6 in production further confirming last week's report of Apple having enough display panel for both its iPhone 6 variants.

This analysis, last week, showed us that Apple has enough Sapphire to produce both the iPhone 6 models AND the iWatch too. While the news came as an affirmation of seeing an Apple phablet this year, today's production images of larger iPhone 6 further reinforce the analysis.

Here are the images that were originally shared by 9to5mac:

Apple is expected to release two variants of iPhone 6 this year: one at 4.7-inches and the other measuring at 5.5-inches. The Cueprtino tech leader is expected to coat at least one variant entirely with sapphire glass for its durability and lightweight. Another thought going around this year's iPhone 6 is that the smaller 4.7-inch model (which is also bigger than the current iPhone) will have a 2K display. While it is impossible to suggest if these features will be available with iPhone 6 or not, Apple is critically expected to be innovative this year to catch up with Android market.

Next gen iPhone 6 is expected to sport an ultra-thin, almost bezel-less design form with rounded edges. iPhone 6 leaked images and news suggest that the device will sport an A8 processor, 1 GB RAM, Touch ID sensor, and an improved 8 megapixel camera with Optical Image Stabilization (OIS). iPhone 6 is also expected to sport a durable sapphire display panel. Software wise, iPhone 6 will be powered by iOS 8 featuring new fitness apps with a focus on Healthbook app, an improved Maps and Siri experience, inter-app communication capabilities and more such refinements.

As Suspected Earlier 5.5-inch Apple Phablet Not Coming Until 2015