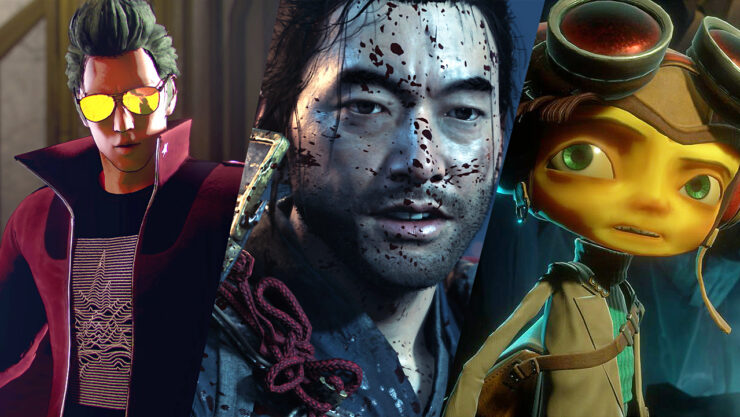 Following a somewhat slow July, things pick up a bit in August with an eclectic lineup including the long-awaited Psychonauts 2, significantly-expanded Ghost of Tsushima’s Director’s Cut, Civ challenger Humankind, and more. The crop of indies is also particularly good, with games like the twisty time-loop mystery 12 Minutes and gorgeous Ghibli-inspired Baldo, just to name a couple.

That said, here are the games you should be looking out for in August…

For years (decades really) the Civilization series has dominated the historical 4x genre, but Humankind from Endless Space developer Amplitude Studios may be about to lay siege of Firaxis’ empire. Humankind borrows plenty from Civ and other 4x games, but it also promises a more open-ended experience, as players will be able to piece together their own unique civilization from elements of existing ones. Add some smart tweaks to combat, city building, and diplomacy to the mix, and you may have your next “one more turn” obsession. Pre-order the game here.

Sony and Sucker Punch’s 2020 hit Ghost of Tsushima returns with a significantly-expanded Director’s Cut this month. In addition to various PS5-exclusive visual and technical updates, the Director’s Cut adds Iki Island – a new expansion comparable to games like Uncharted: The Lost Legacy and Spider-Man: Miles Morales in scope and length. Now’s the perfect time to get in on this sleeper hit. Pre-order the game here.

Does the world need another Left-4-Dead-style co-op shooter? Well, maybe it does when it involves blasting xenomorphs. Aliens: Fireteam Elite features a more polished presentation than more L4D-likes, as well a solid amount of content, including 20 enemy types, 5 different classes, and over 30 weapons. Time to spill a little acid. Pre-order the game here.

After years of begging from fans, and even more years of development and delays, Psychonauts 2 is finally almost here! The game reintroduces Raz and his quirky band of psychics who will once again plunge into the twisted platforming playgrounds residing inside people’s minds. It doesn’t look like Psychonauts 2 will be reinventing the wheel, but that’s okay as long as it delivers more of the charming writing and creative level design of the original (and it looks like it does). Pre-order the game here.

Get ready for more Suda 51 wackiness! No More Heroes III’s “E.T. gone wrong” premise, which sees a young boy save a cuddly alien, only for said alien to return as a swaggering world-conquering supervillain, is fantastic, and hopefully the game delivers solid gameplay to match. Suda has promised a return of the semi-open worlds of past games, more side activities, and all-new stuff, like the ability to jump into a suit of powered-up battle armor, so start pumping up your beam katanas now. Pre-order the game here.

Update: New World has been delayed again to September 28.

Amazon’s long-in-development MMO New World finally launches this summer, and after several missteps, it seems the company’s gaming division may finally have a success on its hands. In addition to traditional MMO fare like 5-player co-op dungeons (called Expeditions), New World also has a unique territory control element, with different factions vying for supremacy and taking part in huge 50 vs. 50 War Mode battles. Check out some of Wccftech’s hands-on coverage of the game here and here. Pre-order the game here.

Games have dealt with the concept of time loops before, but 12 Minutes takes it to an extreme. Things go wrong for you, when a police detective breaks into your home, accuses your wife of murder, and then beats you to death. What’s really going on? You only have the titular looping 12 Minutes to figure it out. In addition to the intriguing premise, this one features a surprisingly slick presentation, and voice work by a cast of big Hollywood stars like James McAvoy, Daisy Ridley, and Willem Dafoe. Despite the title, it looks like this one could stick with you for a good long time. Here’s the Steam Page for 12 Minutes.

Recompile is a slick new Metroidvania-style platformer set in a somewhat Tron-like digital world. Explore a sprawling semi-open world, engage in hard-fought combat, and forge your own path forward through a unique branching narrative. This one’s a current/next-gen exclusive, and it looks like the devs are really using that power to deliver a silky-smooth experience. Here’s the Steam Page for Recompile.

Baldo: The Guardian Owls has been in development in one form or another for over 15 years at small Italian developer NAPS Team, and it seems like all that tender loving care has paid off. Baldo essentially combines two things are good people love – Studio Ghibli and The Legend of Zelda – into a rather lovely hand-crafted action-adventure. It remains to be seen whether the game can equal the charm of its inspirations, but it looks like it gets surprisingly close. Here’s the Steam Page for Baldo.

Ever had the urge to survive on your wits and moxie as a good old-fashioned con artist? Well, The Big Con will let you get your scheming out of your system without any of those nasty real-world consequences! Developed by Canadian indie studio Mighty Yell and published by Walking Dead creator Robert Kirkman’s Skybound Games, The Big Con features all the pickpocketing, stealing, and scheming you could want, along with a pretty tubular 90s art style. Here’s the Steam Page for The Big Con.

And those are the games you should be keeping an eye on this coming month. What games are you planning to pick up in August? Did I miss anything you’re looking forward to?