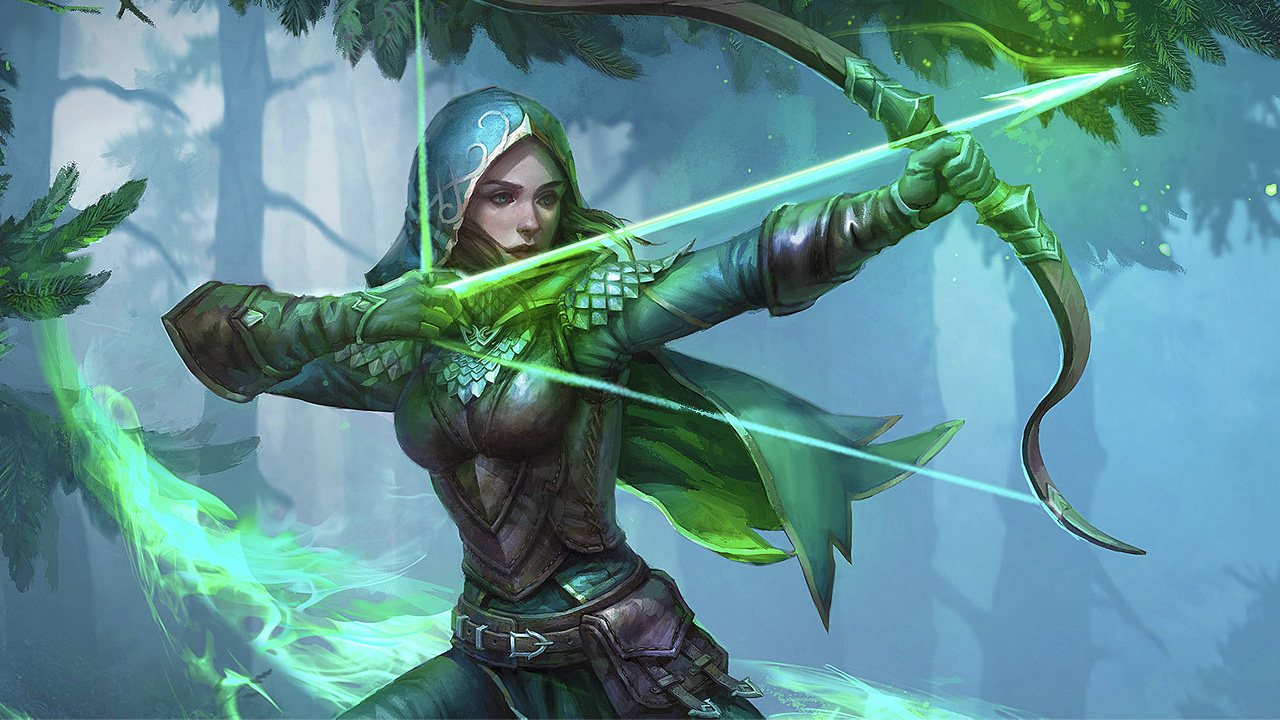 The King’s Bounty franchise isn’t quite a household name, but it can lay claim to a certain amount of historical significance and a dedicated niche fanbase. The original 1990 King’s Bounty was a unique combination of RPG and turn-based strategy that went on to inspire series like Heroes of Might and Magic and XCOM. In the late 2000s, Russian publisher 1C Entertainment purchased and revived King’s Bounty with a series of games that took notes from Blizzard in terms of presentation and tone. These games were fairly well-received, particularly in 1C Entertainment’s home country, but the revival eventually petered out with 2014’s King’s Bounty: Dark Side being the last entry in series…until now.

2021 will see the release of King’s Bounty II, an ambitious soft-reboot that memory holes the colorful Obama-era entries in the series. This time around, 1C Entertainment is getting more serious and taking aim at modern AAA RPGs like The Witcher 3, which is certainly a bold move. I recently got to check out a 50-minute gameplay demo of King’s Bounty II and participate in a Q&A with the game’s devs, and came away with somewhat mixed feelings. Is King’s Bounty II following a winning strategy? Let’s find out… 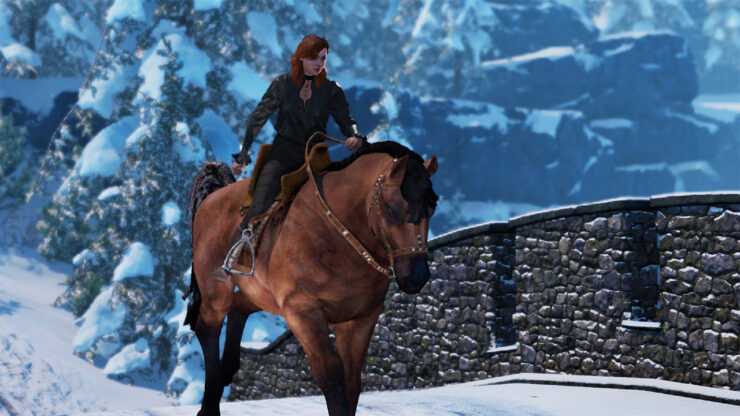 As mentioned, King’s Bounty games are one part RPG, with the standard overworld, NPCs, and dungeons you’d expect, and one part turn-based strategy, with players commanding armies of fantasy archetypes and monsters on hex-based battlefields. King’s Bounty II casts aside the old-school isometric presentation of past entries in the series, opting instead for a full-on third-person RPG approach. You have a large world to explore, dungeons to tackle, a myriad of quests to take on, and yes, a horse to ride. Unfortunately, The Witcher 3 this isn’t. King’s Bounty II is more than a bit janky looking and its world appears to mostly consist of a series of narrow paths, although the one dungeon we saw did appear to be a bit more complex. During my demo, I caught a quick glimpse of the game’s map, and while it looks like there will be a fair amount to explore, don’t expect a true modern open world.

King’s Bounty II allows you to play as one of three main characters, with a standard warrior type being shown off during my demo. The game’s devs are being cagey about the other two characters, although they hinted they’ll be more “inclined toward magic” and that you’ll get at least one female hero to choose from. King’s Bounty II features a morality system of sorts, with players being able to pursue one of four different “ideals” -- Order, Power, Anarchy, and Finesse. The ideals you pursue will determine which quests you’ll get, how you’ll be able to solve them, and which creatures you can recruit to your side. While you can mix-and-match the ideals to some degree, going too far down one path may eventually restrict you from pursuing others.

While King’s Bounty II promises to provide plenty of opportunities for roleplaying, the game’s actual plot doesn’t seem terribly inspiring. You’re a typical chosen one with a mysterious past destined to save the realm of Antara from a dark force known as the Blight – if you’re at all into RPGs, you’ve probably heard this one before. According to the makers of King’s Bounty II, the game only has one ending, with your main character and moral choices only determining the path you take to get there. Of course, plenty of other RPGs also take a “it’s the journey, not the destination” approach, but I can’t help but wonder just how meaningful player choice really is in King’s Bounty II. 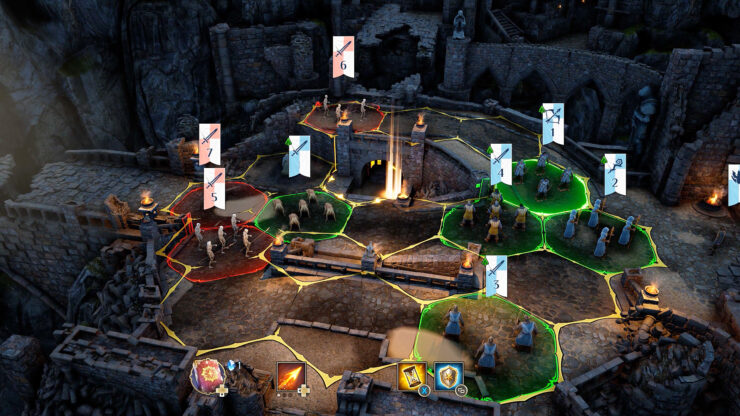 If King’s Bounty II ends up finding an audience, I suspect it will mostly be for to it’s strategy elements. Combat is fairly straightforward, taking place on smallish hex-based battlegrounds. That said, there’s definitely more complexity on offer here than in the past, as battlegrounds are now littered with obstacles and variations in elevation, making advantage and line of sight things you need to worry about. Ultimately, the game’s real depth comes from its wide variety of units – over 50 in all. Pretty much every type of enemy you fight can eventually be recruited, from wolves, to skeletal warriors, to hulking dragons. Each unit type has its own abilities and elemental affinities and are aligned with one of the four ideals. As you would expect, wild animals like wolves follow Anarchy, while a knight fights for Order. Mix units from with opposing ideals together and they’ll clash, resulting in debuffs for your army.

It’s this army management that really piqued my interest. Playing through a b-grade version of The Witcher 3? Not really that enticing. But trying to wrangle a posse of werewolves, zombies, and dragons? Now that I’m potentially into. And hey, you’ll have plenty of opportunity to tinker with your army – according to the game’s devs, King’s Bounty II is around 40 hours long, with plenty of extra side quests and the option of replaying the game with a different main character. A bountiful game indeed. 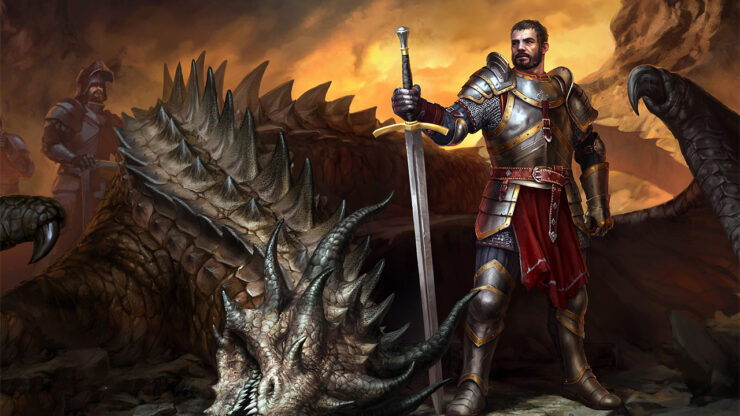 Is King’s Bounty II too ambitious for its own good? Perhaps. The game isn’t going to replace The Witcher or Dragon Age any time soon, and yet, I could see its solid strategic combat, morality system, and unique army management attracting an audience. Will that audience be large enough to justify 1C Entertainment’s investment (over 135 people are working on the game)? That remains to be seen. I’m willing to give King’s Bounty II a chance, but I’m not quite ready to declare it a proper heir to the throne yet.

King’s Bounty II marches onto PC, Xbox One, PS4, and Nintendo Switch in early 2021. As for next-gen consoles, the game’s devs say they’re aware of them, but don’t have anything to reveal yet.