It's been quite a long and tiring time since iOS 7.1 was released and no jailbreak for the updated OS has yet been seen. While you may argue about the need of iOS 7.1 / 7.1.1 jailbreak considering there are no major differences in iOS 7.0.6 (the last jailbroken OS update) and iOS 7.1.1, but the users who have updated their iOS devices to this latest OS update agree that they feel much more stability in the iOS experience. 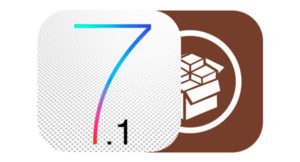 Today comes a positive news sharing that jailbreak iOS 7.1.1 tool might not be that far away. Considering the earlier detachment of team evad3rs who has said they won't focus on evasi0n7.1 and will keep the vulnerabilities discovered for iOS 8, today comes a good news!

Team evad3rs member pod2g has shared that he is working on a jailbreak for iOS 7.1.

Not today, and I don’t know about the future. I’ve started to look at it, and started to find some stuff. I think that something’s possible. It depends on when it happens—I mean if we have a jailbreak in one month, for sure we will release it. If it happens in 3 months, we might have to wait for iOS 8. But I’m definitely on it, definitely trying to find something.

Let's hope jailbreak iOS 7.1.1 solution comes sooner as otherwise it would be a long wait once iOS 8 is launched. Meanwhile, here are the Steps to Make Sure You Don’t Lose Jailbreak!

iPhone 4s on iOS 7.1 is Jailbroken – Public Release not Expected

iOS 7.1 Jailbreak – Steps to Make Sure You Don’t Lose Jailbreak