Apple’s iPhone SE 2 Design Looks Very Similar to the iPhone 11, at Least According to This Concept 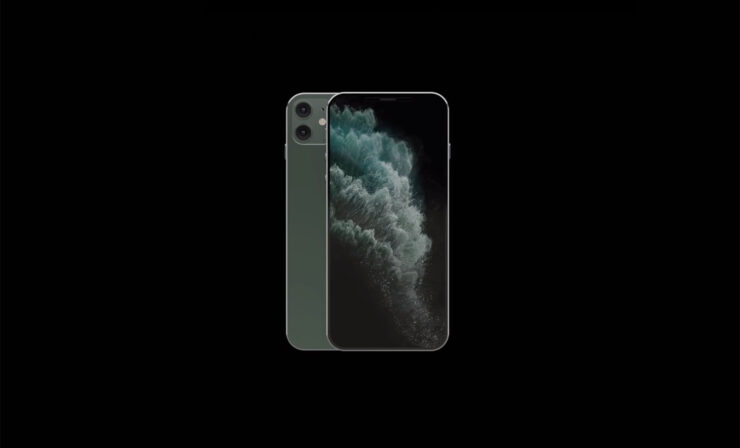 For as far as rumors have told us, the iPhone SE 2 design will resemble the iPhone 8, meaning we’ll bear witness to an Apple product that’s projected to bring back the home button. However, perhaps Apple’s design team and engineers should take some time and ponder at this concept because it’s a beauty and looks strikingly similar to the iPhone 11.

Apple may have different plans for the iPhone SE 2 design or iPhone 9 for 2020, but ConceptsiPhone clearly has a different understanding of what the affordable handset for next year should look like. For starters, there’s no home button in sight, but a full-screen display in the Midnight Green flavor that looks strikingly impressive. It resembles a downgraded iPhone 11 Pro because there’s just a dual-camera rendered at the backside and not a triple-lens setup that we’ve seen on the more premium offerings of Apple’s 2019 lineup.

Very surprisingly, there’s also a 3.5mm audio jack, something that Apple did away with when it introduced the iPhone 7 and iPhone 7 Plus back in 2016. While ConceptsiPhone is optimistic about the port returning in 2020, we don’t think Apple has any intentions to bring it back and rightfully so. The company is marketing its AirPods Pro as the best wireless audio experience you can have at the moment, and bringing back the headphone jack just goes against the company’s current business practices of adopting a wireless future.

If you’re really looking forward to an iPhone SE 2 design that’s similar to the concept video given below, you’ll have to wait until 2021. According to famed Apple analyst Ming-Chi Kuo, Apple could introduce a larger iPhone SE 2 Plus, sporting a full-screen design, but unfortunately, to keep the costs down, it’s rumored not to ship with Face ID, but Touch ID that’s embedded with the power button.

The iPhone SE 2 Plus is definitely something to look out for, but since we’re in the present day, check out this gorgeously-made iPhone SE 2 concept.