Ever since the launch of the iPhone 6s and the iPhone 6s Plus, there have been a lot of questions surrounding Apple's latest flagship. Standing true to its tradition, the company revealed very little technical details about the devices at their launch event and rather chose to focus towards their features. Well, today we've finally managed to get our hands on the iPhone 6s' teardown, so lets take a look at what changes Apple has made this year on a hardware level for the device. 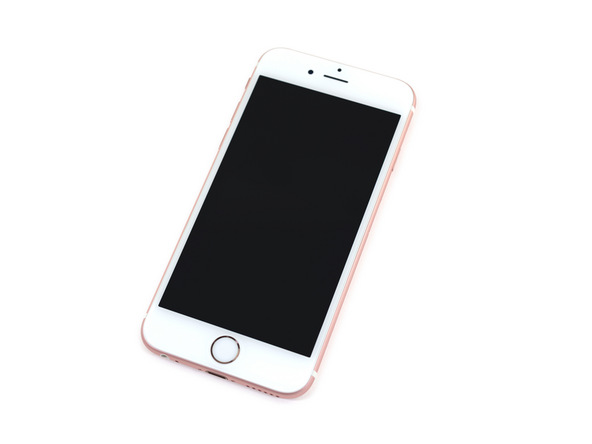 Apple's known to be quite stubborn when it comes to device upgrades, and with this year's launch of the iPhone 6s and the iPhone 6s Plus the company was expected to make several long overdue changes. With the smartphone world moving increasingly fast in terms of specifications upgrade, Apple had to introduce changes and looks like the company has finally given in, once again to market demands.

This year's iPhone 6s comes with several changes when compared to last year's flagships from Apple. The device is not only heavier, but also features an all new taptic engine from Apple, that ends up changing the device's internal component configuration. Folks over at iFixit have upped their game this time around, and you can also take a look at the iPhone's internals through X-Ray this time around. 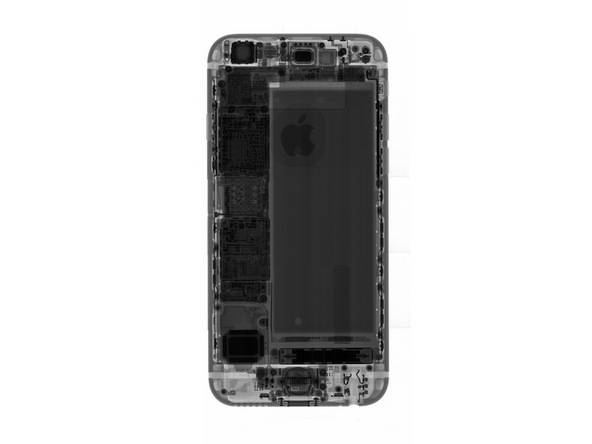 The battery on this year's iPhones from Apple has really decreased in capacity, which can be attributed to the taptic engine that we've mentioned above. In official iPhone 6s specifications, Apple claims that the device will still be able to give you 10 days of standby and 14 hours of 3G talktime - same as last year's iPhone 6. This can be attributed to iOS 9's upgrades and a more efficient design, but a smaller battery for Apple's flagship is a cause of concern, particularly if Cupertino's unable to find a method to accommodate larger batteries.

With all the buzz around the iPhone's Taptic engine, lets take a look at what the component actually looks like. With the all new Taptic sensor on the iPhone 6s, you'll be able to interact with your smartphone in an entirely new manner, which includes much deeper vibrations and output from the device. Borrowed from the Apple Watch, the sensor will give users more options for receiving alerts and notifications on their iPhone and you can take a look at it below. 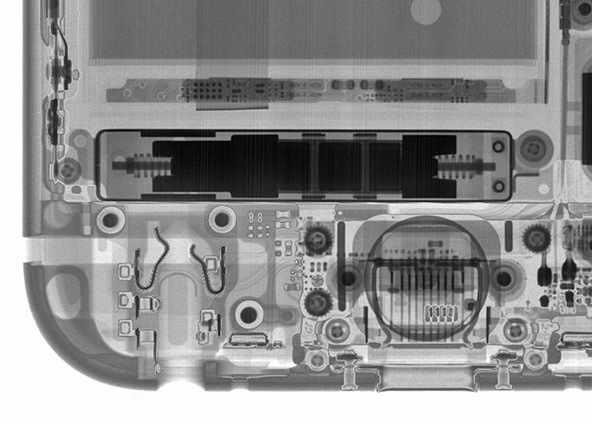 Moving towards other components on the smartphone, this year's iPhone lineup from Apple came with several upgrades, as mentioned above. One of these is an upgraded camera sensor, which features a resolution bump to 12MP, combined with 4K video recording on the device. Given photography's increasing importance in the smartphone world, more and more manufacturers have started to pay special focus towards the feature, and this year's iPhone launch came with its fair share of upgrades.

Not only has the rear camera resolution on the iPhone 6s been increased, the front camera also sees its resolution bumped to 5MP, coupled with an all new flash. Apple's generally cautious to increase resolution on its devices, and this year's iPhone launch counters loss of individual pixel quality from an increase by introducing deep trench isolation that electrically insulates trenches between the sensor's photo diodes. 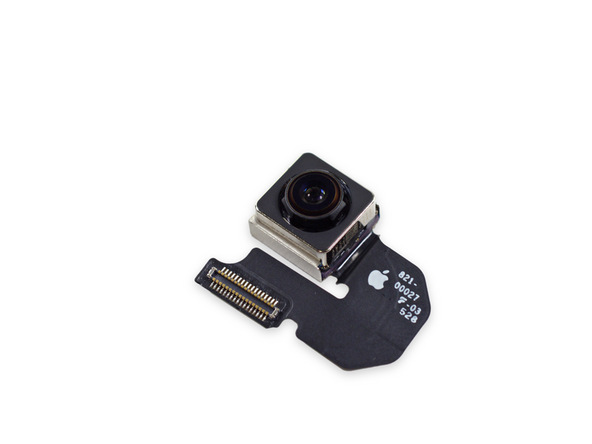 Moving towards another new iPhone feature, its time to take a look at the device's 3D Touch hardware. 3D Touch is another feature that the iPhone 6s borrows from the Apple Watch, and with the technology you'll be able to input an increasing number of differentiated commands on your device. Currently, 3D Touch consists of three different touches, all of which perform different actions based on the amount of pressure applied. 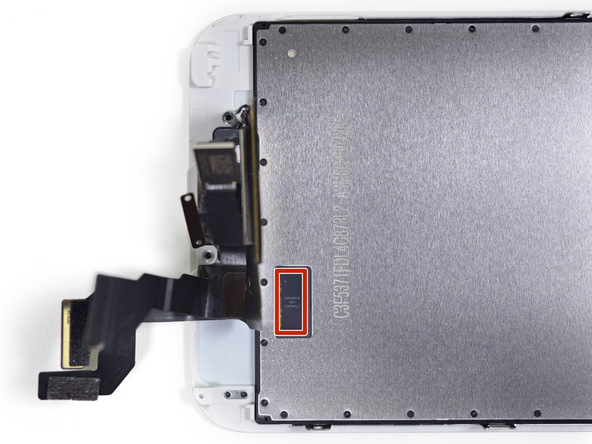 All done with feature upgrades on the iPhone 6s, its time to take a look at how Apple's beefed up its flagship smartphone in terms of hardware specifications. In the Android world, specifications are king, and users often like to boast about their devices coming with quad, hexa or octa cores. And by the rate things are going (we're looking at you MediaTek), pretty soon deca-core smartphones should also become the norm.

So amid all of these changes, Apple's been coming under an increasing amount of pressure to introduce some changes and upgrades on its end too. One of these has been the amount of RAM on the iPhone, which has remained constant for quite a long time. But this year things might be changing on the device, with iFixit's teardown revealing some much overdue upgrades on the iPhone. Apple has officially increased the RAM on the iPhone 6s to 2GB, so we'd be pretty interested to see how much performance improvements the device demonstrates in real life. 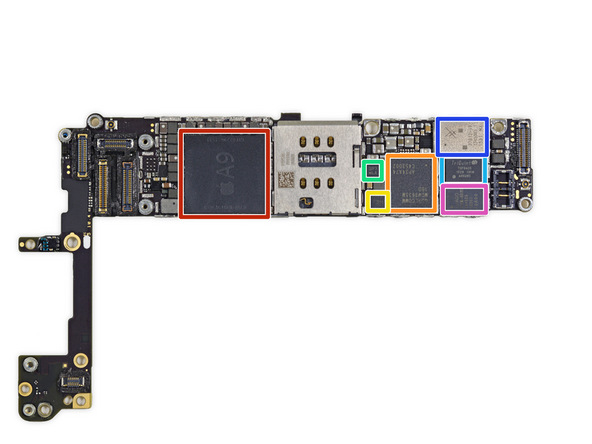 The red box in the image above shows Apple's all new A9 SoC, coupled with 2GB of Samsung's LPDDR4 RAM. As far as the A9 goes, we've been hearing that the die size on the iPhone 6s' processor has been decreased this time around. iFixit hasn't done a die analysis as of now, but the chip's package details reveal some interesting facts indeed. When compared to the Apple A8, the A9 has increased its dimensions slightly.

The Apple A9 measures 14.5 x 15mm, which is a small increase in dimensions over the A8's 13.5 x 14.5mm. What's under the hood on the A9 still remains to be seen and can only be seen after a detailed die analysis. The LTE Cat. 6 modem can also be seen in the image above, in orange. Other ICs shown include the gyroscope, accelerometer and more. 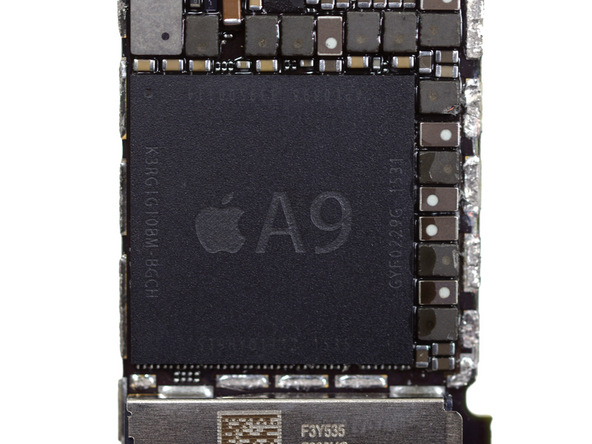 So that ends our coverage of the key features on the iPhone 6s. We've been waiting for a device teardown for quite a while and several things are now clear. The only thing remaining now is the mystery surrounding the A9. Things should clear up completely pretty soon though. The chip has been confirmed to feature dual cores on board, but what we're interested in is the upgrades that Apple should have brought to its GPU.

After all, a 90% bump in graphics performance is a huge number to throw around, even by Apple's standards. So stay tuned for more updates on the Apple iPhone 6s and its technical specifications and let us know what you think in the comments section below.