When it comes to Apple, the company is famous for keeping things close to the chest. Even after its devices surface. While the company's quick to brag about any and all features on its devices, technical specifications such as processor details, RAM and others often get the short stick. A recent example would be the iPhone 6s and the iPhone 6s Plus launch from Apple, which comes with a variety of new features on board, including 3D Touch and more. But the Apple A9, the processor powering both the devices doesn't see any love from Apple's end, with the only details that Cupertino has been gracious enough to provide us with are percentage improvements. But that might change today, as some new information has just come to light. 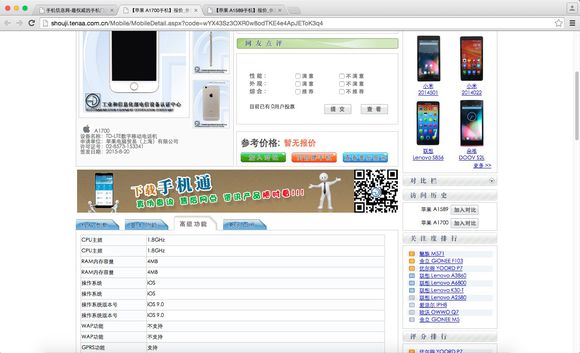 Building on the Apple A8, the Apple A9 is said to offer as much as 70% increase in performance and 90% increase in GPU capabilities over its predecessor. While Apple did upgrade the A8's GPU by adding two more core clusters, we're still not sure about any upgrades on the A9, though some changes have to have taken place given Apple's massive performance upgrades. But while these will undoubtedly be revealed in the coming days, today we learn that the A9 does come with two cores on board and offers frequencies up to 1.8GHz.

Spotted on the Chinese TENAA, the iPhone 6s comes with two CPUs on board, as can be seen in the image above. How do we know that the device is indeed the iPhone 6s? The model number for the device is A1700, which is the variant of the iPhone 6s that will ship in mainland China and other territories. 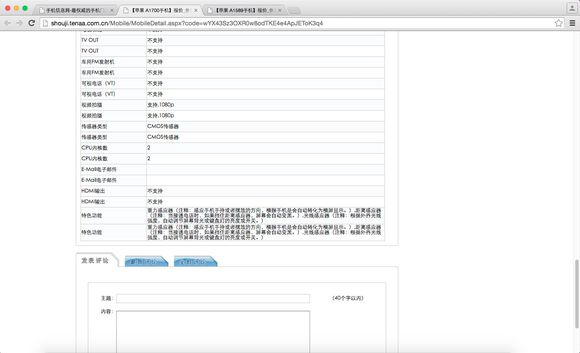 The Apple A9 is said to be manufactured on Samsung's 14nm FinFET, which debuted with the Korean electronics giant's Exynos 7420 on the Galaxy S6 Duo. With today's information, we can be even more sure of Apple sticking to its own ways, despite other manufacturers in the smartphone world moving towards more and more cores on their processors. In a trend that has exploded over the past couple of years, we see MediaTek offering processors with 10 cores on board, in an industry where 8 cores have become the average.

But things do seem to be taking a rather interesting turn recently, with Qualcomm's latest Snapdragon 820 also to feature four custom Kryo cores this time around. Apple's always know to rely on its hardware/software integration for performance boosts and with the A9 and iOS 9 both out in the wild, we can only wait and see how well this year's iPhones perform in performance benchmarks and everyday usage. We'll keep you updated. Stay tuned and let us know what you think in the comments section below.