The iPhone 6s and iPhone 6s Plus are out in the public domain, which means that the devices are open to all sorts of crazy experiments waiting to be performed on them. One YouTuber has made good use of the opportunity, and has released two videos showing off what happens when an iPhone 6s takes a dive under boiling hot water, and the other showing how well the device holds up when it comes face to face with a knife and a soul crushing hammer. 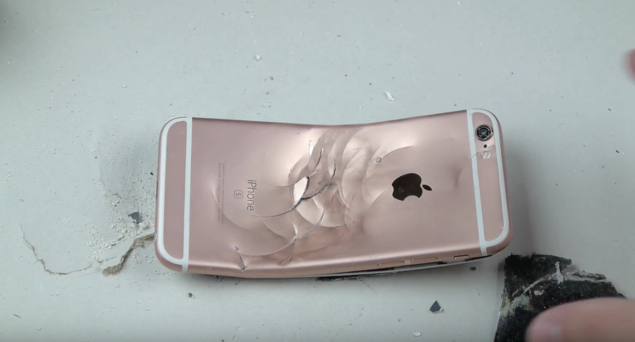 The first video, as we mentioned above, shows what happens when you put an iPhone 6s under boiling hot water. Will it survive? Check it out for yourself.

It's rather amazing that the device actually survived under those harsh temperatures. And folks, please do not try this experiment at home in any case.

The second video is a pure kicker for those who love to see gadgets destroyed before their eyes. The iPhone 6s, in Rose Gold, comes face to face with a knife and a hammer, with the test showing off how much beating the smartphone can take before it gives up the ghost. Be warned though, if you can't witness such things happening to expensive gadgets, then just walk away. If you're all cool with it, then check out the video below.

As you saw above, the knife was able to poke a hole in the camera sensor lens somewhat easily. But the screen, without a doubt, held up pretty well against the knife. The endgame of the smartphone was evident when the hammer was brought into the picture, and it only took a few hits for the iPhone 6s to wave the white flag back.

If your'e going to buy an iPhone 6s or an iPhone 6s Plus, then be vary of the fact that both the devices won't be able to take a beating with a hammer in any case. But it will definitely survive a knife, and might also survive a quick dunk in water. But that does not mean that you take Apple's flagship smartphone right now and put it to the test yourself.

As much as we love technology, it pains us to see how devices are treated in certain situations in the 'name of science.' But hey, someone has to run through these tests if we don't. And thanks to those people, we now know what not to do with our devices if we want them to survive in any case.

Make sure you drop your thoughts and opinions in the comments section below regarding the above two videos.