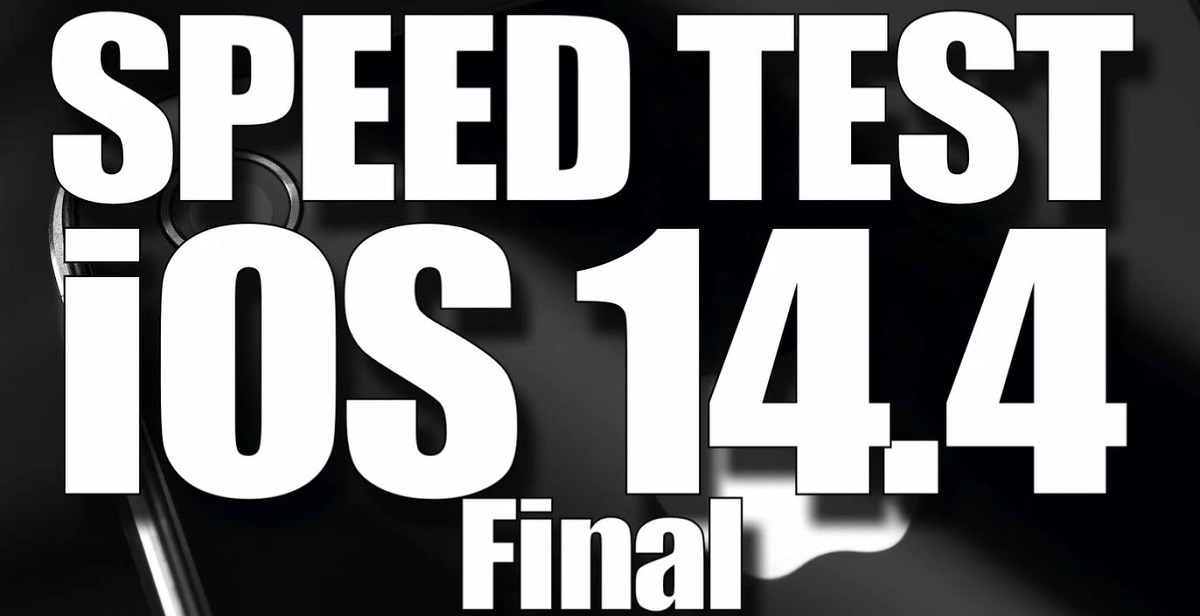 Apple saw fit to release iOS 14.4 and iPadOS 14.4 a few days ago. While the platform has a lot to offer in terms of the features it brings to the table, performance is very vital to all of us. To compare the performance of the platform, a YouTuber has conducted an iOS 14.4 speed test comparison on older devices. This will allow us to compare and contrast how the performance enhancements in the build stack up against the previous software. Let's dive in to see some more details on the test.

The iOS 14.4 speed test comparison has been conducted by the YouTube channel iAppleBytes.The test was conducted on older iPhone models starting from the iPhone SE to the iPhone 11. If you own one of these devices, you might want to know about the impacts of iOS 14.4 in terms of speed and performance.

It has been noted in the past that Apple tends to slow its devices down over time. This is what gave us room to check on every update on how Apple tackles the aspect. Nonetheless, one of the great things about Apple is that it tends to support its devices for years to come. If you buy a new iPhone or iPad, you can be sure to receive updates for the next four to five years at least. Now, let's check how iOS 14.4 stacks up against iOS 14.3 in a new speed test comparison on older iPhone models.

As you can see in the speed test video below, iOS 14.4 boots up a second after iOS 14.3 on the iPhone SE, iPhone 6s, iPhone 7, and iPhone 8. On the iPhone XR and iPhone 11, iOS 14.4 boots up faster compared to iOS 14.3. Other than the bootup time and app launch time is more or less the same. In addition to this, the overall transitions and animations remain fluid on both builds of iOS 14. iPhone XR and iPhone 11 boots up a tad bit faster on iOS 14.4 according to the speed test comparison. Check out the full video below for more details on the comparison.

Apple released iOS 14.4 a few days ago, you can check out more details on the build as well. That's all there is to it, folks. What are your thoughts on the iOS 14.4 speed test comparison against iOS 14.3? Have you noticed any performance enhancements in the latest build? Let us know in the comments section below.