Last year, Apple's iPhone 6 Plus saw itself under some fire as it was revealed that the device could easily be bent using bare hands, giving birth to the whole 'Bendgate' fiasco. Now, we're sitting in the year 2015, and Apple has released its two new flagship handsets in the iPhone 6s and iPhone 6s Plus with tougher Aluminum 7000 bodies. But the big question on everyone's mind is: does the iPhone 6s Plus bend like the iPhone 6 Plus from last year despite having a tougher body? A new video published on YouTube aims to answer that very same question. 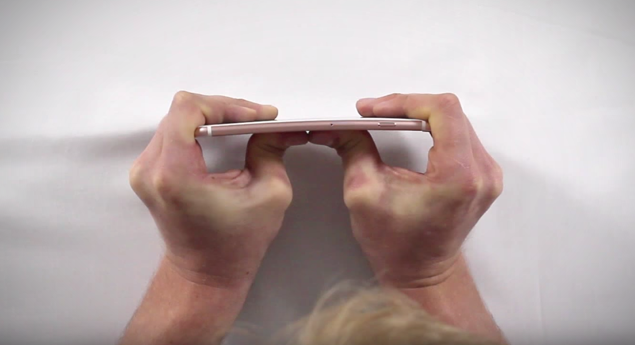 The iPhone 6s Plus Is A Tough Beast. Needs Ultra Strong Hands To Bend.

The straight up answer to the above posed question is a somewhat 'no.' Because unlike the iPhone 6 Plus, the iPhone 6s Plus's body is a tough beast, and it takes a lot of pressure to bend, as demonstrated in the video. In fact, we'll go as far as saying that 'Bendgate' is now well and truly gone with the iPhone 6s Plus, until or unless you're planning to exert some alien force on your smartphone to recreate the issue.

Check out the video below and see for yourself how well the iPhone 6s Plus fares against bending.

Impressive isn't it? We're sure you'll agree. But also do keep in mind that the iPhone 6s Plus is 0.2mm thicker than the previous model, which adds quite a bit of sturdiness to the overall design of the handset.

We're glad to see that Apple has finally addressed the whole 'Bendgate' issue with the release of the iPhone 6s Plus, and it goes to show that the Cupertino giant is indeed listening to its fan base's feedback. But in the long run, it would be interesting to see if things do change in other departments as well. For example, last year, it was revealed that the Ion-X glass of the iPhone 6s and iPhone 6s Plus both are prone to scratches, and we can only hope that the issue does not make a reappearance this time around.

If you've been holding yourself back from buying the 'Plus' model thinking that it would bend, then the above video is reason enough for you to make the jump from a smaller handset. After all, who could say no to that glorious 5.5-inch Retina HD display right?

Don't forget to let us know in the comments what you think about the above video. And oh, did you buy the iPhone 6s or the iPhone 6s Plus?