Always Wished for that Lit-Up Apple Logo on iPhone? Possibility with iPhone 6!

We have seen a number of different aspects of iPhone 6 in the leaked photos of the upcoming smartphone. Given that iPhone 6 is expected to release in only a couple of months, we are almost getting new updates and leaked images every other day. New photos provide a closer look at iPhone 6 notifications light-up Apple logo on the back of the smartphone. While some users have always wanted a lit-up logo for the iPhone, iPhone 6 may just make this a possibility. 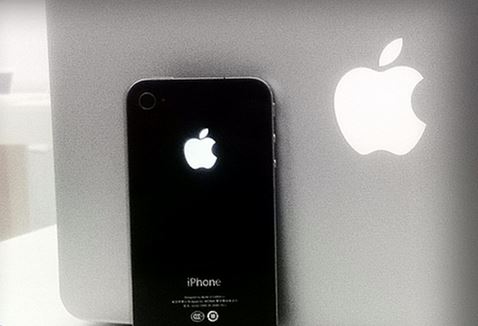 Previously, Apple has embossed the logo on the rear panel of the iPhone 6. Today's leaked images show the insides of the rear which now has a plastic panel covering the aperture of the Apple logo. These images have geared started a new conversation about the possibility of iPhone notifications lighting up the rear Apple logo. With this, your iPhone's back logo will light up whenever you receive a new email, phone call, or any other notifications.

This rumor also gets its backing from the sheer thinness of the plastic which will easily let the light to shine through the device. However, there is another strong possibility of this design change being implemented for improved radio transmission. Whatever the case be, it is worth to wait for the next images, analysis focusing on this particular aspect of iPhone 6.