iOS 7.1 released for iPhone and iPad:

Apple had seeded the first iOS 7.1 beta update to developers back in November which was followed with four more beta updates with the iOS 7.1 beta 5 coming in February 5.

This latest iOS 7.1 released update will appease many as it brings in some long-awaited bug fixes along with the major improvements. Multiple UI tweaks are also part of iOS 7.1 update including a revamped shift and caps keys and redefined icons for the Phone, FaceTime and Messages app.

The latest iOS 7.1 update includes a plethora of general bug fixes that annoyed many early adopters. User interface tweaks, visual changes, and better accessibility with a new Button Shapes option along with Darken Colors option will help users tone down and control the whitish look of iOS 7.

Here is the complete iOS 7.1 release note. Apple has launched a new website page showing off some of the features that iOS 7.1 bundles. 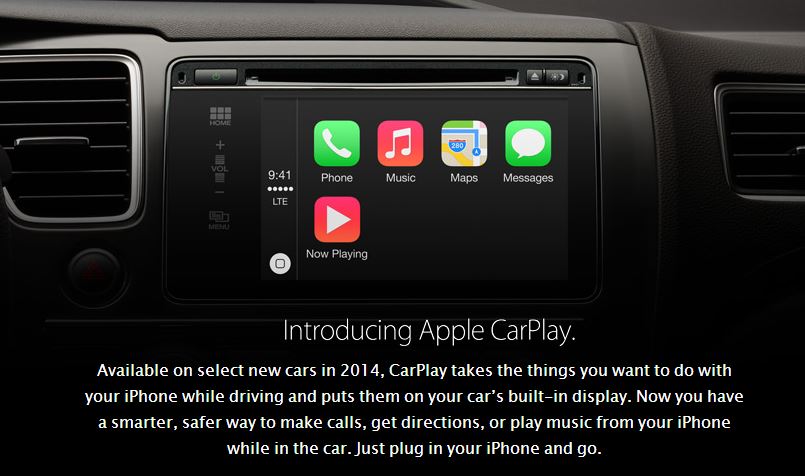 Siri
- Manually control when Siri listens by holding down the home button while you speak and releasing it when you're done as an alternative to letting Siri automatically notice when you stop talking
- New, more natural sounding male and female voices for Mandarin Chinese, UK English, Australian English, and Japanese

iTunes Radio
- Search field above Featured Stations to easily create stations based on your favorite artist or song
- Buy albums with the tap of a button from Now Playing
- Subscribe to iTunes Match on your iPhone, iPad, or iPod touch to enjoy iTunes Radio ad-free

You can upgrade to this latest update via your Settings in the iOS device. File size is approximately 268 MB and more. 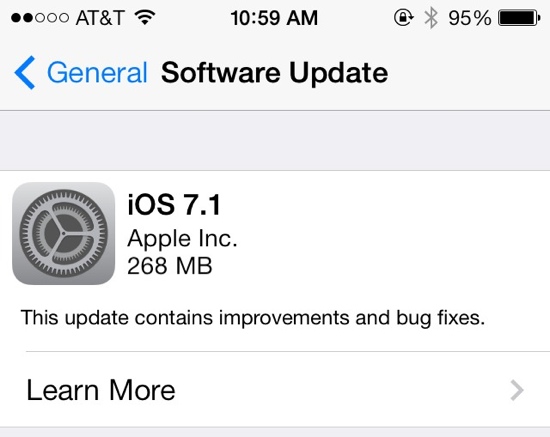 Important: The latest iOS 7.1 released update fixes the evasi0n7 jailbreak tool patching key kernel exploits. Hence refrain from updating to this latest release if you want to keep your JB intact. We will await for any responses from team evad3rs.

For those of you on beta versions of iOS 7.1, do update to this latest iOS 7.1 as the beta 5 did no include CarPlay support and a critical SSL fix released in February.