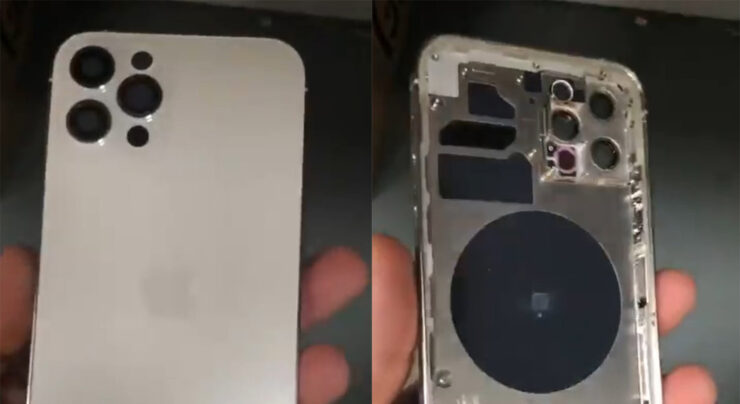 As we move closer and closer to the iPhone 12 launch, it won’t be surprising to see fresh leaks surrounding the components of the premium body of any model in either a video clip or a series of images. On this occasion, the metal chassis of the iPhone 12 Pro has been showcased, revealing the camera cutouts that not only reveal the number of sensors we might see but other additions too, so let us take a look right here.

Earlier Rumors Suggested the 6.7-inch iPhone 12 Pro Max Might Only Feature a LiDAR Sensor, but That Might Not Be the Case

We’ve seen iPhone 12 dummy units in the past, as well as the A14 Bionic RAM component, and now, EverythingApplePro presents to you the 6.1-inch iPhone 12 Pro metal chassis, where you can see the number of rear cameras. Overall, we can see three, but aside from that, there also appears to be a LiDAR cutout, suggesting that the smaller premium model will also gain AR-related features.

The iPhone 12 lineup is said to adopt 7P lens modules, which should improve the image and video quality, so alongside focusing on the optics, Apple also wants to extend augmented reality-based additions to its customer base. If seeing the number of cameras through this chassis leak wasn’t sufficient, then how about a long list of features that you’ll experience later down the road.

Previously, an iOS 14 beta 1 leak highlighted a 4K 240FPS slow-motion option, and it also looks like users will obtain access to features like LiDAR autofocus, ‘Enhanced Night Mode’, ‘Enhanced Noise Reduction’, ‘Bit Depth Video’ and more, so it appears that apart from the hardware upgrades, you’ll have a ton of option on the software side of things too.

To remind you, Apple has a September 15 event, where a series of announcements are going to be held tomorrow, so let us see if the iPhone 12 family materializes or not.