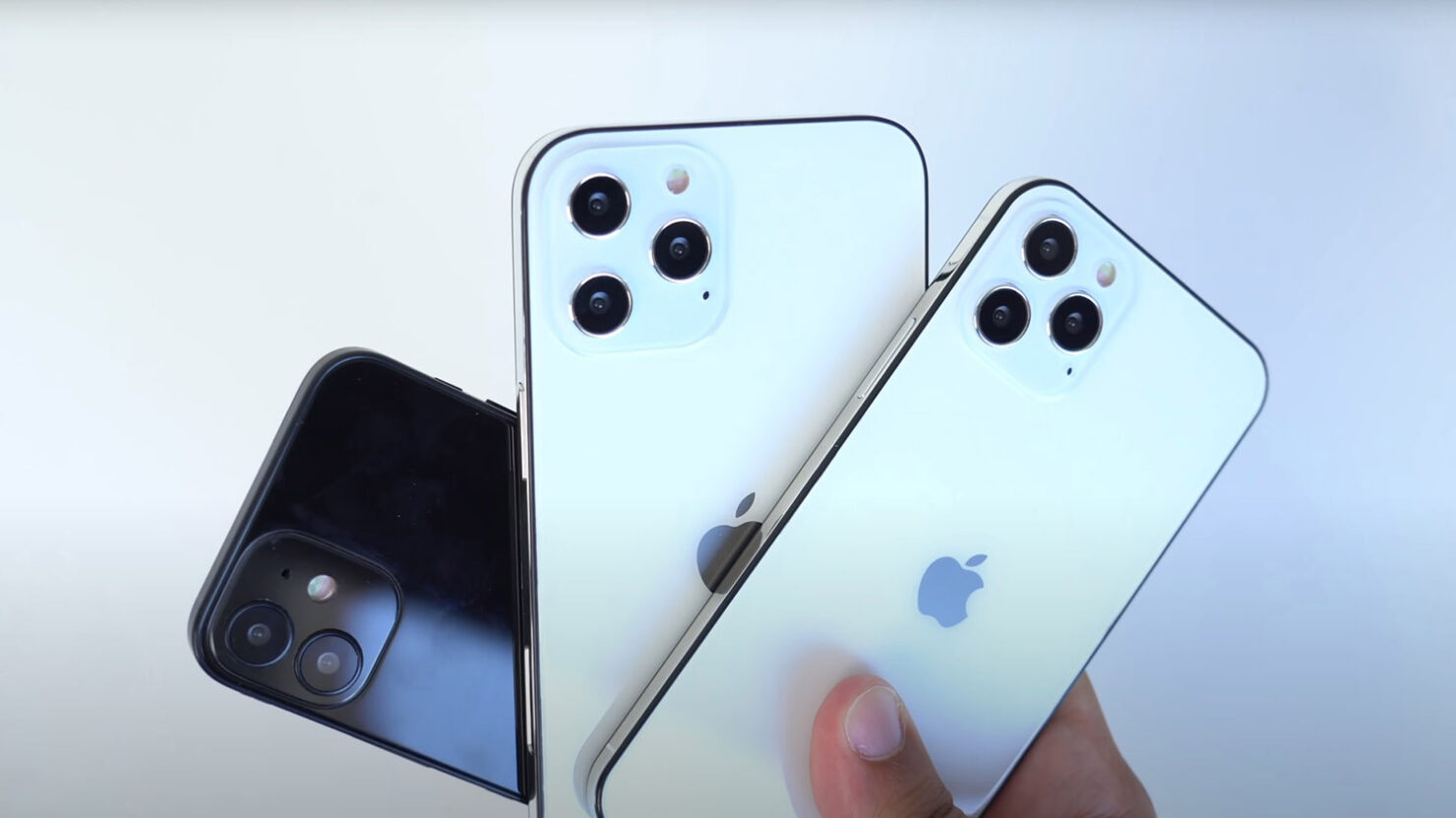 There’s a ton of information surrounding the iPhone 12 series, and only more of that has been added thanks to the latest dummies that have been showcased right now. Though there are three models appearing in the latest video, Apple will reportedly release four new versions later in the year. Let us take a look at these dummies carefully and see if we can identify some of the design changes as well as the external upgrades expected to arrive on the newer models.

An iPhone 4-like design could be arriving for the iPhone 12 lineup, though a different report stated that all four models will resemble the latest iPad Pro. This will mean flatter edges, rounded corners, along with the same front and back glass sandwiched together to create a cleaner iPhone 12 design. If you’re wondering, given below are the display sizes accompanying the upcoming versions.

Coming to the cameras, the cheaper 5.4-inch iPhone 12 and the 6.1-inch iPhone 12 Max are expected to be treated to dual-camera setups, while the more expensive versions will feature a triple sensor array. These dummies don’t show a LiDAR unit because according to MacRumors, these were designed for case makers, since such companies are only concerned with the size of the camera bump, and not what’s inside the camera bump.

Before Apple takes center stage to announce its new iPhone 12 family, we’re sure to found out more information regarding their design and camera configuration. If you believe you’ve spotted any other difference by checking out the video below, do let us know down in the comments.