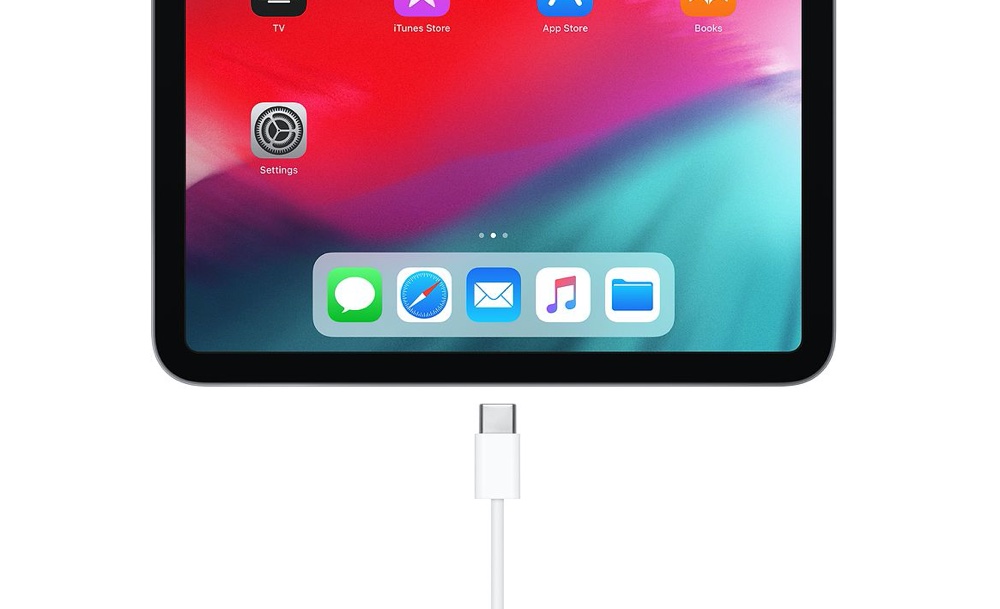 Believe it or not, but the 18W charger that ships with iPad Pro really isn't taking full advantage of the speeds the tablet is able to achieve in the real world.

iPad Pro Ships with an 18W Charger but the Tablet Supports Charging Speeds of up to 35W, Maintaining 30W Throughout

We finally thanked Apple for shipping the iPhone 11 Pro and Pro Max with an 18W charging in the box, but the truth is: the phones can tap into 22W of power when needed, so that 18W charger might not be the fastest thing you'd want to stick with. Go ahead, use a 30W USB Power Delivery charger and you can top up your iPhone at the fastest pace possible without damaging anything. Just make sure you are using an MFi-certified USB-C to Lightning cable.

Same thing goes for the 2018 / 2020 iPad Pro. Both ship with a USB-C cable, and both ship with an 18W USB-C adapter right inside the box. But the wonderful thing is: both tablets are able to pull in 35W of peak power when needed, meaning the 18W charger is actually a measly one compared to what the tablets are able to achieve. I'm laying this assumption for the 2020 model too because the latest iPad Pro features the exact same processor as the 2018 model, so we can easily classify them in the same category of charging speed.

That 35W of power if only there for a few seconds before eventually flattening out at 30W up until 80% of charge is achieved. After that, the tablet will start to charge slowly until it reaches 100%. The slowdown in charging at 80% is absolutely necessary in order to preserve the health of the built-in battery.

The bottom line is this: if you are using a USB Power Delivery charger that supports output north of 30W, or even Apple's very own 60W charger, it won't harm the iPad Pro at all. The tablet will simply pull in the amount of wattage which it can safely accept, and Apple has designed the iPad Pro in such a way that it can easily do 30W for sustained periods of time as long as it's within 80% battery capacity. You can expect to charge a dead iPad Pro till 100% in around two and a half hours, which is pretty nice.

So there you have it, some information which will hopefully help you make a better decision before investing in a third-party or an extra USB-C wall charger for your iPad Pro.