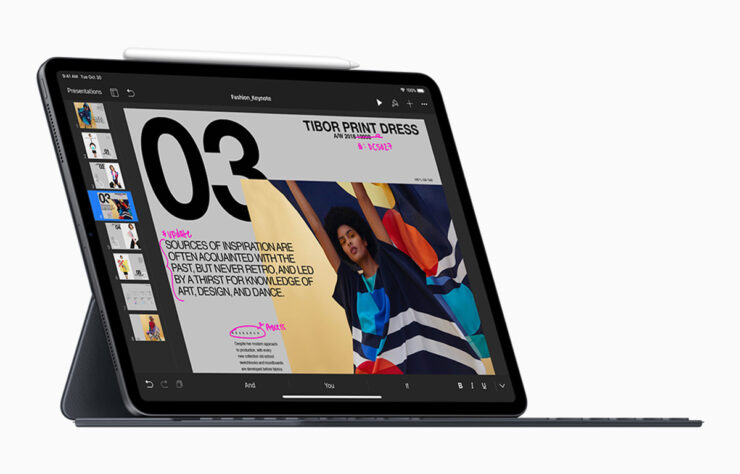 Imagine paying a minimum of $799 for Apple’s 2018 iPad Pro model, only to find that the expensive tablet is slightly bent. Well, Apple thinks that the problem is normal just as long as the bend is within the tolerated range. There might be a lot of disgruntled customers out there who were refused a replacement, but here’s a short story of how a customer managed to nab a free replacement unit, and the best part is, the reason he got a new iPad Pro had nothing to do with the bending in the first place.

If Your iPad Pro Is Bent Outside of the Tolerance Range, It Will Warrant a Paid Replacement, Not a Free One

A Reddit user by the name hexcruncher had a bent iPad Pro and he decided to visit his nearest Apple Store in order to discuss the problem. After speaking to a Genius, it appeared that if your latest iPad Pro was within the tolerance range, the customer would not be issued a replacement, but if the bend was outside the range, you’d have to pay for it. However, the story below reveals how the customer received a replacement and it wasn’t related to the bending problem at all.

So I visited my local Apple Store in order to discuss the bending on my 2018 iPad Pro.

Spoke to a genius, and told them I had read Apple's Support guidelines explaining the issue.

They told me the two outcomes from this are:

- Bend is within tolerance, no action taken

- Bend is outside of tolerance, paid replacement needed

Then, the genius kindly said "Well, if you had connectivity issues with your WiFi for example, I would have to order a replacement. So what is wrong with your iPad?". I replied "The WiFi I guess"

Simple as that, replacement ordered and I collected it today.

Awesome service! Hope everyone else has as much luck with this issue!

Outside of tolerance is classed as accidental damage, regardless of when the bend was caused apparently.

The genius clearly empathised with that, and as such offered to give the replacement through other means which was great.

Despite the next-level engineering of both design and hardware that went into making the iPad Pro, it is a delicate piece of machinery. A bend test showed that the slate snapped in half fairly easily, and there was also a story where a former Apple marketing director returned his iPad Pro as he was dissatisfied with Apple’s supposed high-quality standards. A current Apple executive claims that the latest tablet adheres to high-quality machining and procedures to make a product of this caliber, but it looks like customers are going to need a little more convincing.

Just keep in mind that you can return the iPad Pro within 14 calendar days (not business days) if you’re still not satisfied with the product, but only devices purchased directly from Apple’s physical or online stores are applicable. This story also highlights that the slight bend customers have witnessed is a part of the manufacturing process Apple detailed earlier, but in the world of mobile computing, tablets have always been flat. It is recommended that you purchase a durable case for the iPad Pro as well as exercise caution when storing it in your backpack while traveling.

What did you think of the customer’s experience at the Apple store? Let us know down in the comments.