How to Use iOS 10 Dictionary on iPhone and iPad – Guide 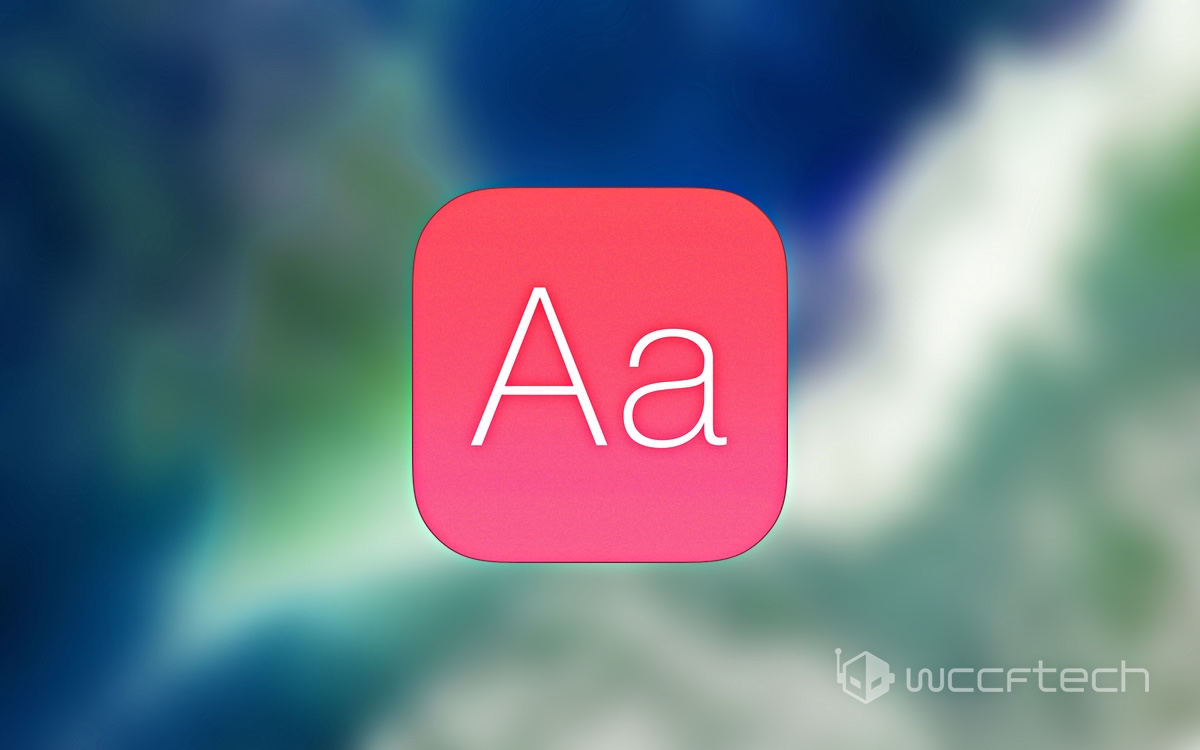 We'll show you how can use the iOS 10 dictionary and tell you what has changed compared to iOS 9.

iOS has a built-in dictionary which anyone can utilize to look up words. In iOS 9, that dictionary can be summoned by highlighting a word and then selecting 'Define.' The meaning for that particular word would instantly come into view, along with a thesaurus and whatnot. But in iOS 10 though, things are a little different. Only slightly though.

We'll start by showing you how you can download new dictionaries onto your device, then we will move onto the next step - looking up words.

Adding a new dictionary to iOS 10 is extremely simple. Follow the steps outlined below:

3. Scroll down a little and then tap on Dictionary.

4. Select the dictionaries you wish to download onto the device. The process can take a while if you have selected multiple entries, and we recommend you go through the downloads on WiFi, until or unless you have a truly unlimited data connection. 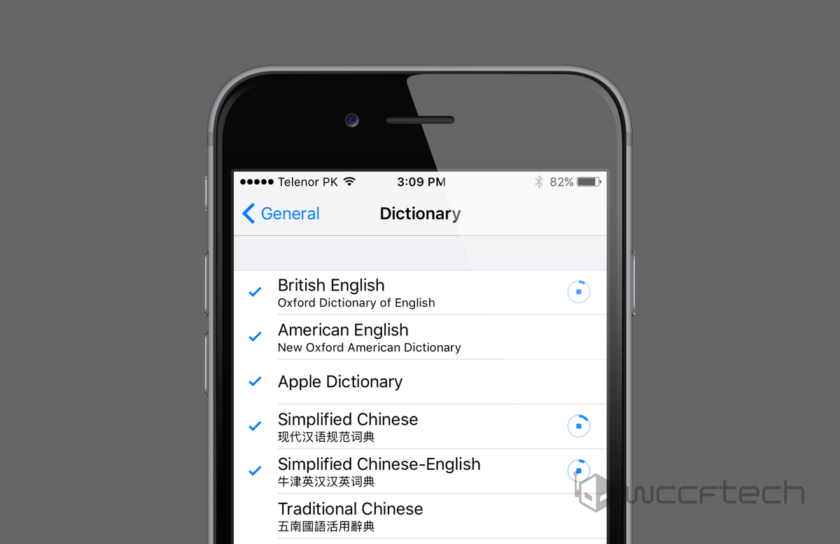 How to Look Up Words using iOS 10 Dictionary

Before iOS 10, looking up words in the built-in dictionary was a simple case of highlighting the word and then tapping on 'Define' in the list of floating options. In iOS 10 though, that 'Define' option has been replaced with 'Look Up.' Rest is all the same, so users mustn't panic if they see this change.

We have added an example screenshot below in order to clarify things even further. 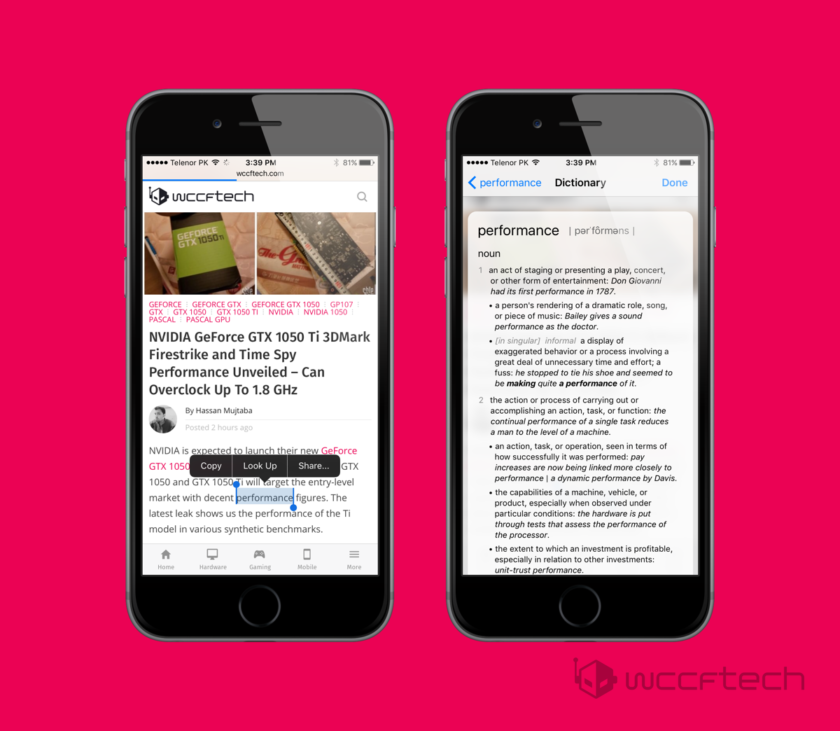 Using the dictionary to look up words is extremely handy especially when you're browsing the Web. But there's only one downside to the entire thing - there's no dedicated first-party dictionary app in iOS, unlike macOS and OS X. This means you don't have a way to look up words freely like you would on the desktop. If there's a specific word you want to look up then you have to use Google or any other service for it.

Maybe there will come a point Apple will eventually add a dictionary app to iOS, but it's highly unlikely that day will arrive anytime soon.