Intel Tiger Lake CPUs will be coming to notebooks in Q3 2020 and we get to see more benchmarks leak out for these chips every passing day. The latest benchmarks that have been spotted by TUM APISAK and Rogame show us how the Intel 11th Gen Tiger Lake 10nm lineup compares against the AMD Renoir Ryzen 4000 7nm lineup.

The benchmarks were conducted in the 3DMark 11 Performance benchmark. The CPU is the 11th Generation Intel Core i7-1165G7 which features four cores and eight threads. This chip is based on the new 10nm+ Willow Cove CPU architecture and also houses a Xe GPU based graphics chip that will compete against AMD's 7nm Vega GPU. The CPU has a base clock of 2.8 GHz and a boost clock of 4.7 GHz which is mighty impressive for a 10nm+ part. This falls in line with the recent 4.50 GHz+ clock speeds that we have started seeing on Intel's Tiger Lake-U chips.

Coming to the benchmarks for this specific chip, the Tiger Lake Core i7-1165G7 scores 8028 points in the Physics and 6218 points in the Graphics tests for an overall score of 6211 points. Now we've to look at the comparative benchmarks and Rogame has provided just that, showing how the chip stacks up against its predecessor, the 10nm Ice Lake-based Core i7-1065G7 and AMD's fastest 7nm Renoir U-series chip, the Ryzen 7 4800U. 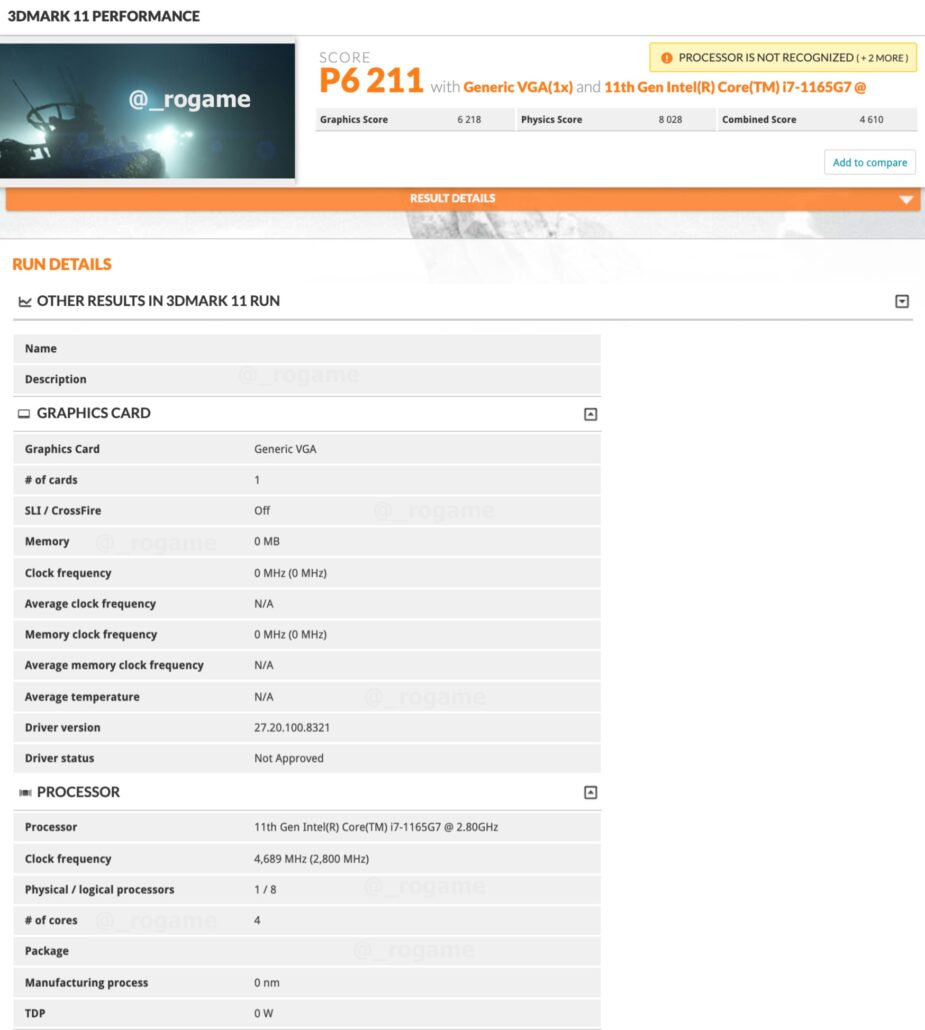 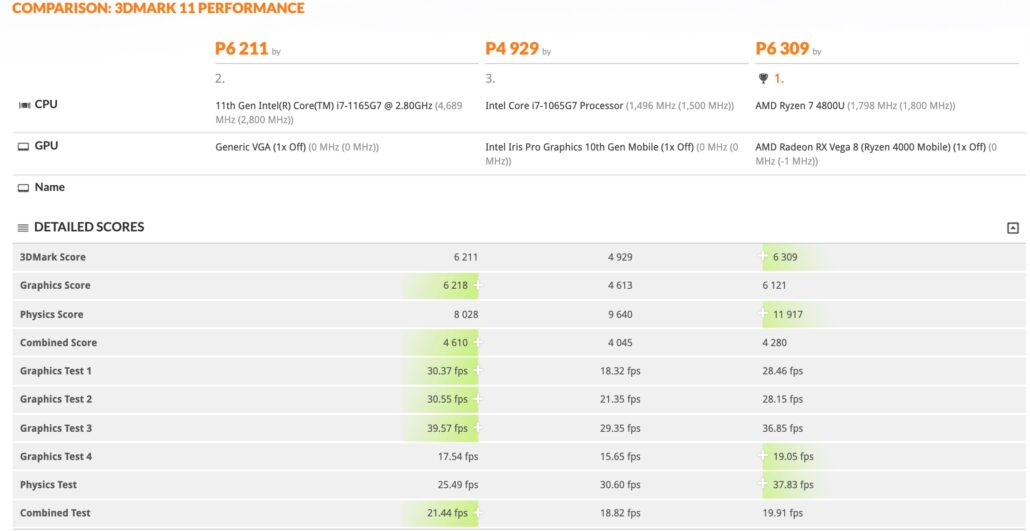 That brings us to the next comparison with AMD Ryzen 7 4800U which offers double the number of cores and threads (8/16) and a 7nm Vega GPU that is clocked at 1750 MHz across its 8 CUs or total of 512 cores. The Ryzen 7 4800U clocks in at 1.8 GHz base and 4.2 GHz boost. The CPU side is up to 50% faster for the Ryzen CPU over Intel's Tiger Lake but once again, the CPU score for Tiger Lake-U isn't final given its higher clock speeds versus Ice Lake. The GPU side however shows that even in an early stage, it has got the upper hand in graphics performance over AMD with its Xe architecture that is integrated on Tiger Lake CPUs.

Considering that the chip operates as normal, we can see the CPU score easily exceed that of the Ice Lake processor, surpassing the 10,000 points mark and reducing the performance gap between the Renoir lineup which offers 2x higher cores and threads. These benchmarks show that Intel's 4 core CPUs will be coming close to AMD Ryzen 'Zen 2' based processors in raw CPU performance & delivering better performance than AMD's Vega GPU architecture which is integrated within their Renoir line of mobile APUs.