The legendary Igor Wallosek over at Igor's Lab has done it again. Apparently upset by those unauthenticated userbench leaks that happened a few days ago, he took matters into his own hands and leaked the complete spec sheet for AMD Renoir Desktop APUs, which are likely going to be part of the Ryzen 4000 series. AMD's Renoir APUs will offer an incredibly powerful Zen 2 CPU core coupled with a highly capable Vega iGPU that will allow any customer to play games on reasonable settings (1080p) without purchasing any dedicated graphics card. You can also check out Igor's youtube video on the leak here.

In what appears to be an absolutely mammoth of an APU, The AMD Renoir Ryzen 4000 desktop flagship will feature 16 threads and a massive 512 shader count. There was a time when this number was only found on the highest-end GPU, but now gamers on a budget can find it inside an AMD APU. Clocked at 1.75 GHz, this particular iGPU is capable of outputting a solid 1.8 TFLOPs of graphics horsepower - the same as a PS4! The TDP is a mere 65Ws too, which is absolutely insane considering the amount of power packed on the tiny chip - courtesy of 7nm of course. 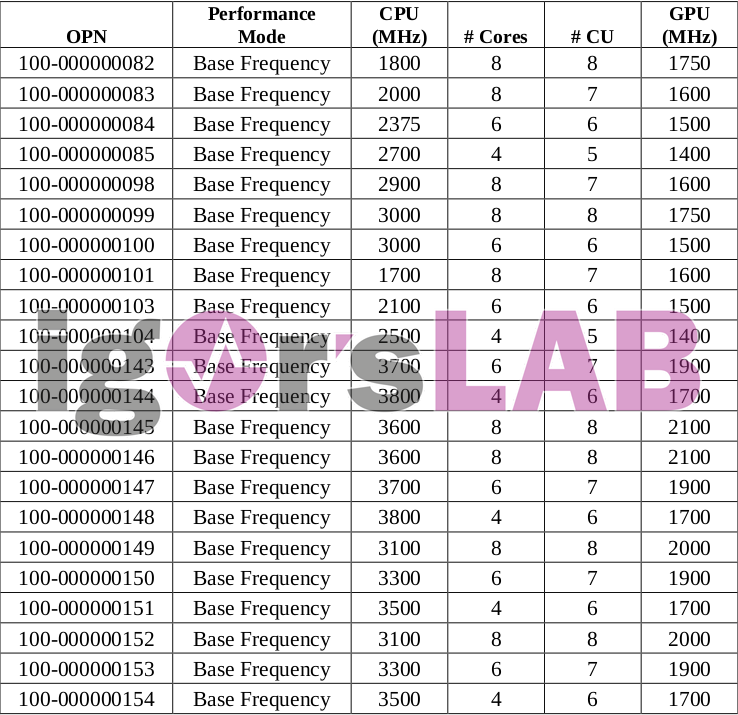 Up to 12 OPNs were leaked in this listing although it's worth adding that this is an OEM spec sheet and not all of this will end up in shops or in retail. The least powerful part has 6 CUs as well, which is roughly 384 shaders at up to 1.7 GHz for roughly 1.3 TFLOPs of power. The world of entry-level dedicated GPUs (NVIDIA's MX series, I am looking at you) is over. Competitors in this segment will either need to start offering proper entry-level dGPUs or get left behind as AMD's APU beat them in performance. 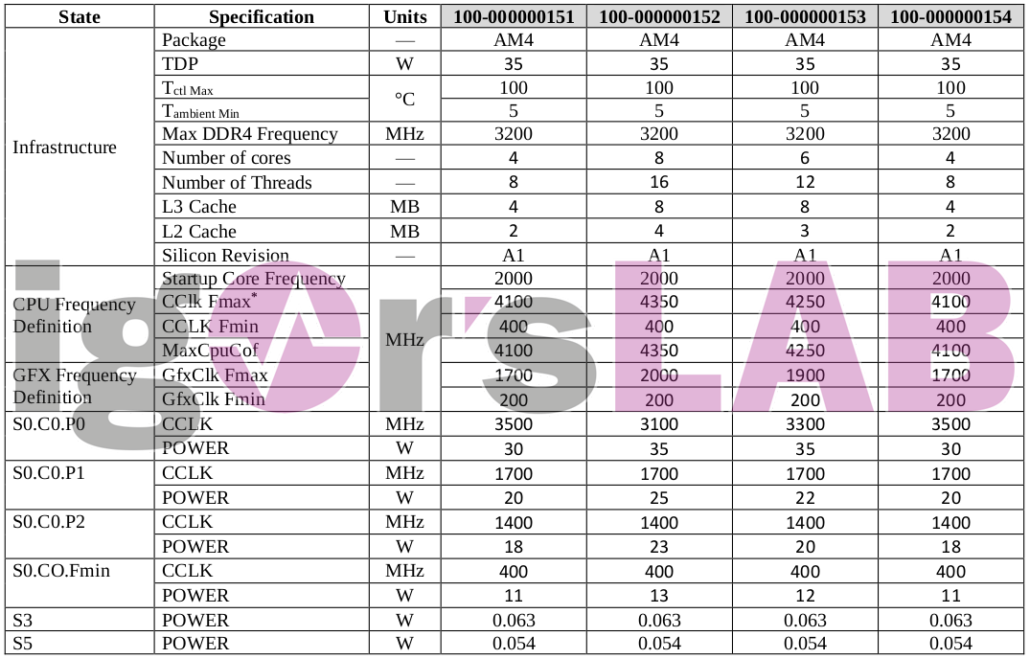 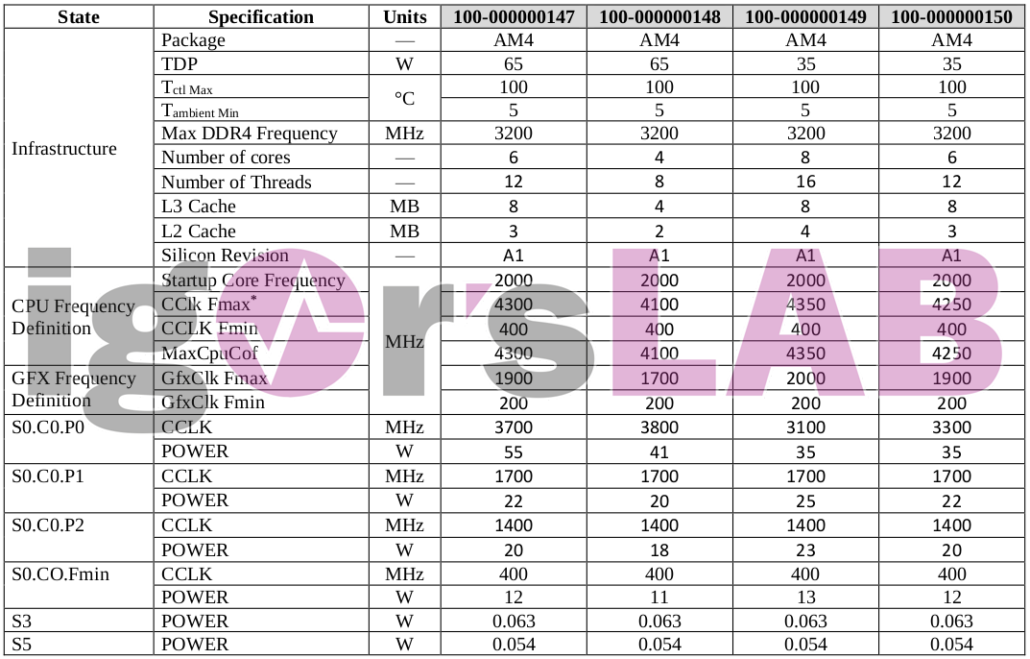 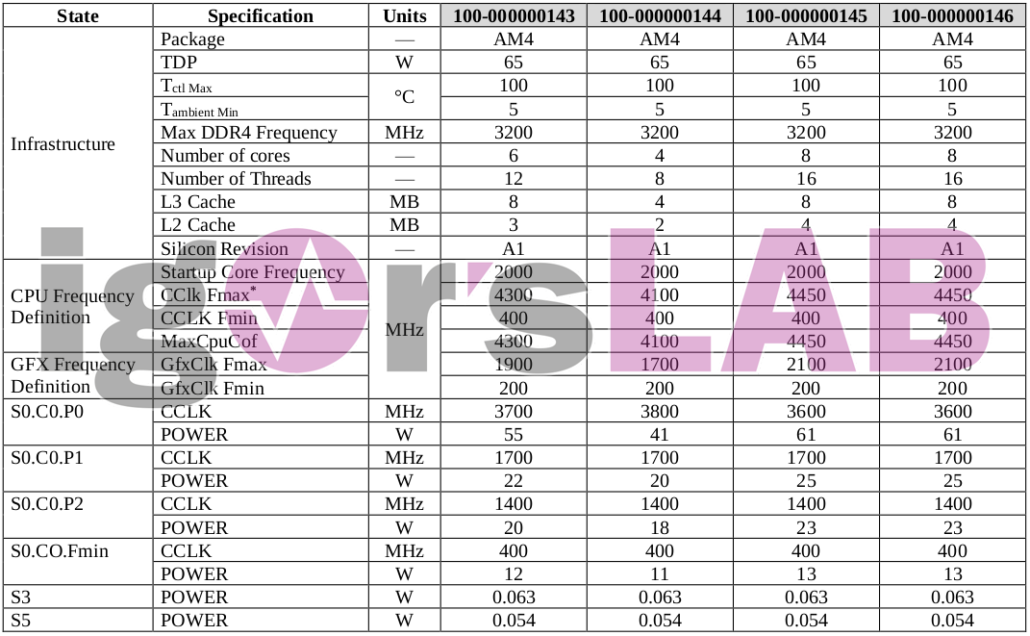 AMD's APUs were insanely popular back in the day and when the company made its comeback with Zen, it felt like the APU side wasn't fully caught up yet. The AMD Renoir SKUs will change of that, featuring incredibly powerful iGPUs married to an even more powerful Zen core, you have the ultimate starter machine. Considering the socket in question is the basic AM4, it makes it the perfect upgrade path for a PC gamer. [speculation] Considering what AMD is doing with its Smartshift technology, I also wouldn't be surprised to see that come to desktop sooner or later, and then this would literally become a decision with zero downsides (the iGPU would be able to work in tandem with the dGPU). [/speculation]

AMD's Ryzen 4000 'Renoir' Desktop CPUs are also highly anticipated as they would create more options for users in the sub $200 US category, getting both 7nm Zen 2 cores and Vega GPU on the same package. It is also interesting given that AMD will be introducing its B550 chipset which would lower the cost of the PCIe 4.0 AM4 platform.

Earlier, we have seen the performance of a purported desktop Ryzen 4000 'Renoir' CPU which posted numbers close to a Ryzen 7 4700U 8 Core chip despite featuring lower cores and early clock speeds.

We can expect the Ryzen 4000 series 'Renoir' Desktop CPUs to launch in 2H 2020 for budget PC platforms such as the B550 and A520 motherboards. They would definitely be targetting similar price points as their predecessors under $150 US.