Intel's flagship Tiger Lake CPU, the Core i7-1185G7, has been spotted once again and this time with what seems to be its final clock speeds. The Tiger Lake 11th Generation Core family for notebooks will be launching next week and feature a range of improvements with the biggest once being the latest CPU and GPU architecture.

The Intel Core i7-1185G7 is going to the flagship model with all the bells and whistles that the Tiger Lake family has to offer. It features four cores, eight threads that are based on the new Willow Cove architecture, 5 MB of L2 cache, and 12 MB of L3 cache. The CPU also features the Xe-LP based DG1 GPU which is an entry-level design with 96 Execution Units or 768 cores. The CPU was spotted with-in the Geekbench 5 database by TUM_APISAK and the most interesting thing is the reported clock speeds.

According to Geekbench 5, the Intel Core i7-1185G7 will feature a base clock of 3.0 GHz and a boost clock of up to 4.8 GHz. This is a 7% clock jump in the base & a 2% clock jump over the Intel Core i7-1165G7. Compared to the Ice Lake-based Core i7-1065G7, which also featured a 10nm process but an earlier and less refined iteration, the Core i7-1165G7 features a 2.3x improvement in base clock and a 23% improvement in boost clock which is very impressive. The Tiger Lake CPUs will ship with a 15W standard TDP package which would be configurable up to 28W (PL1). In the GB5 test file, the CPU was showcased to feature an average clock speed of 4.77-4.78 GHz which falls in line with the reported boost clock. 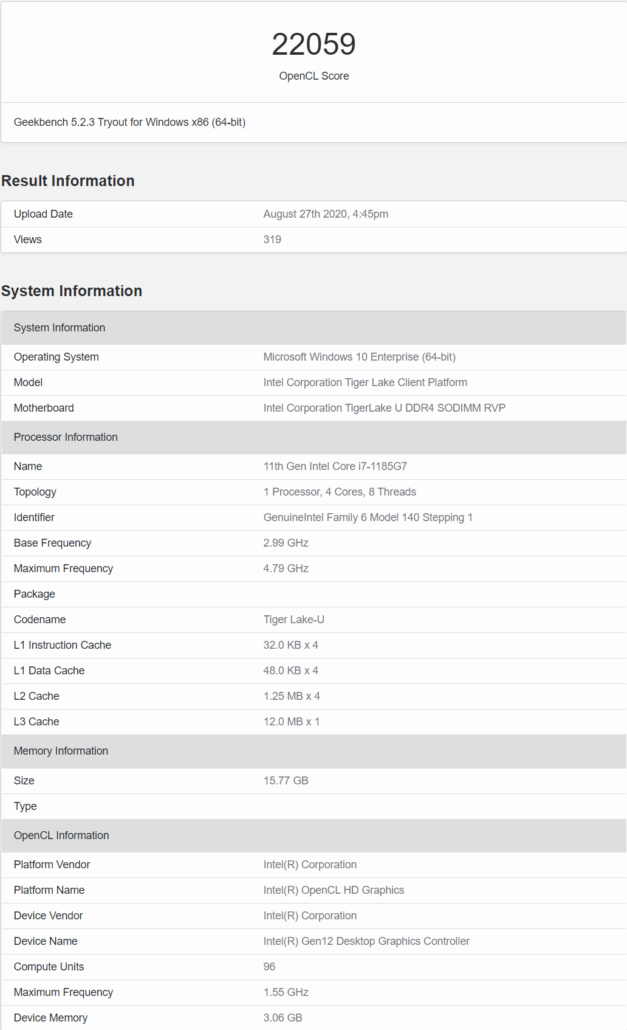 In addition to the core specifications, the CPU was tested with an Intel Xe DG1 discrete graphics card. The latest listing puts the Xe GPU clocks at 1.55 GHz which is a 20% increase from the 1300 MHz we previously noted for the integrated variant. That's almost 2.4 TFLOPs of performance which is faster than both existing PS4 and Xbox One consoles. 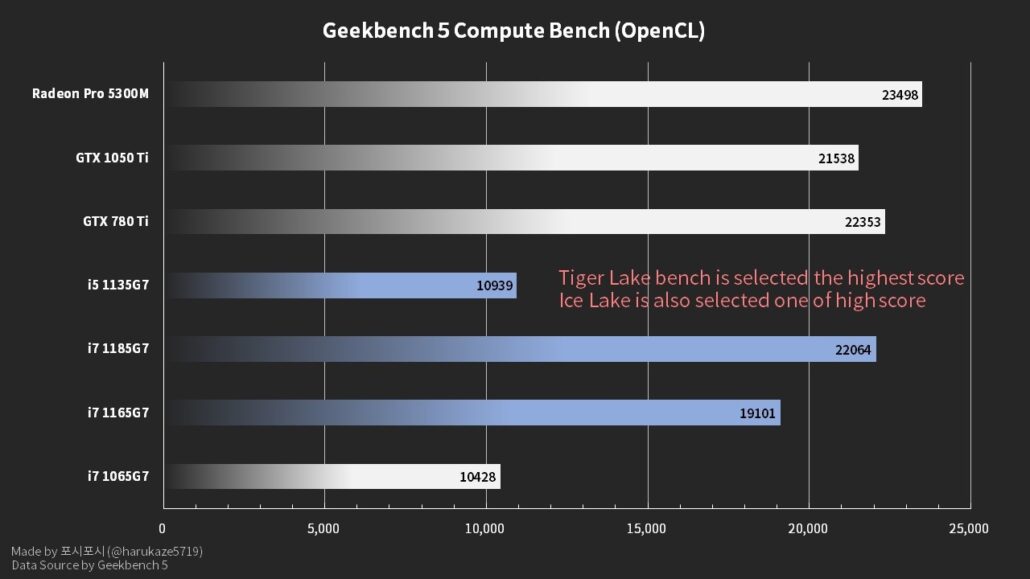 A performance comparison for the Intel Xe GPUs in the Geekbench 5 OpenCL benchmark was posted by Harukaze5719 on Twitter and shows that the discrete GPU featured alongside the i7-1185G7 is about as fast as the Radeon Pro 5300M.

Intel's entry-level Core i5-1135G7 also appeared in Geekbench (via @davideneco25320). The CPU also features four cores and eight threads. It also comes with the same amount of L2 cache per core at 1.25 MB (5 MB in total) but lower L3 cache of 8 MB compared to the Core i7 variants. The CPU was running at clock speeds of 2.40 GHz base and 4.20 GHz boost. In terms of performance, the CPU scored a total of 1349 points in the single-core and 4527 points in the multi-core benchmark. 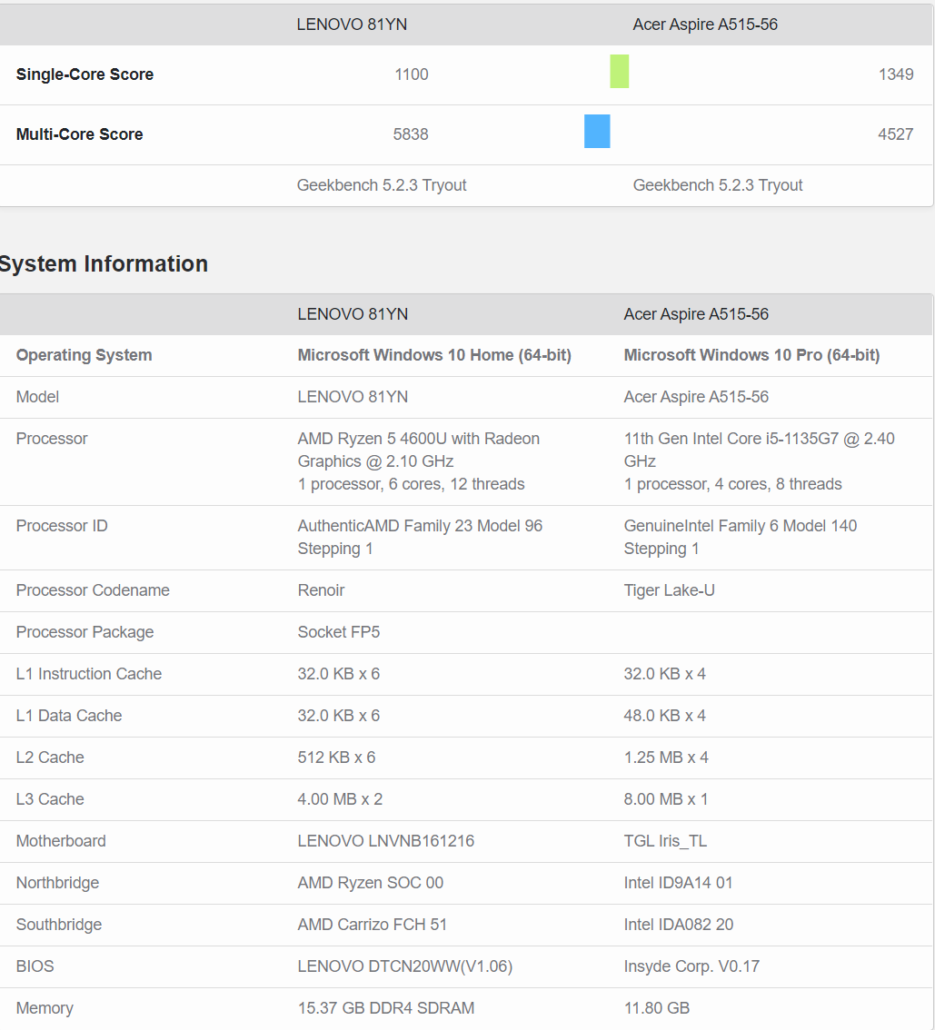 For comparison, the AMD Ryzen 5 4600U with six cores and 12 threads scores around 1100 points in the single-core and around 5800 points in the multi-core tests. This shows that the entry-level i5 from Intel will be at least 22% faster in single-core while being around 28% slower in multi-thread workloads despite featuring 50% lower threads.

Intel's Tiger Lake CPUs will officially be unveiled on the 2nd of September next week. Expect to see a range of next-generation notebooks from Intel's OEM partners to be presented during the launch event.